The Dallas Cowboys, from their owner on down, have spent more time talking about Odell Beckham Jr. over the last two weeks than they have about any of their own players. They haven’t signed him yet makes two things pretty clear:

And Beckham likes to be wooed. 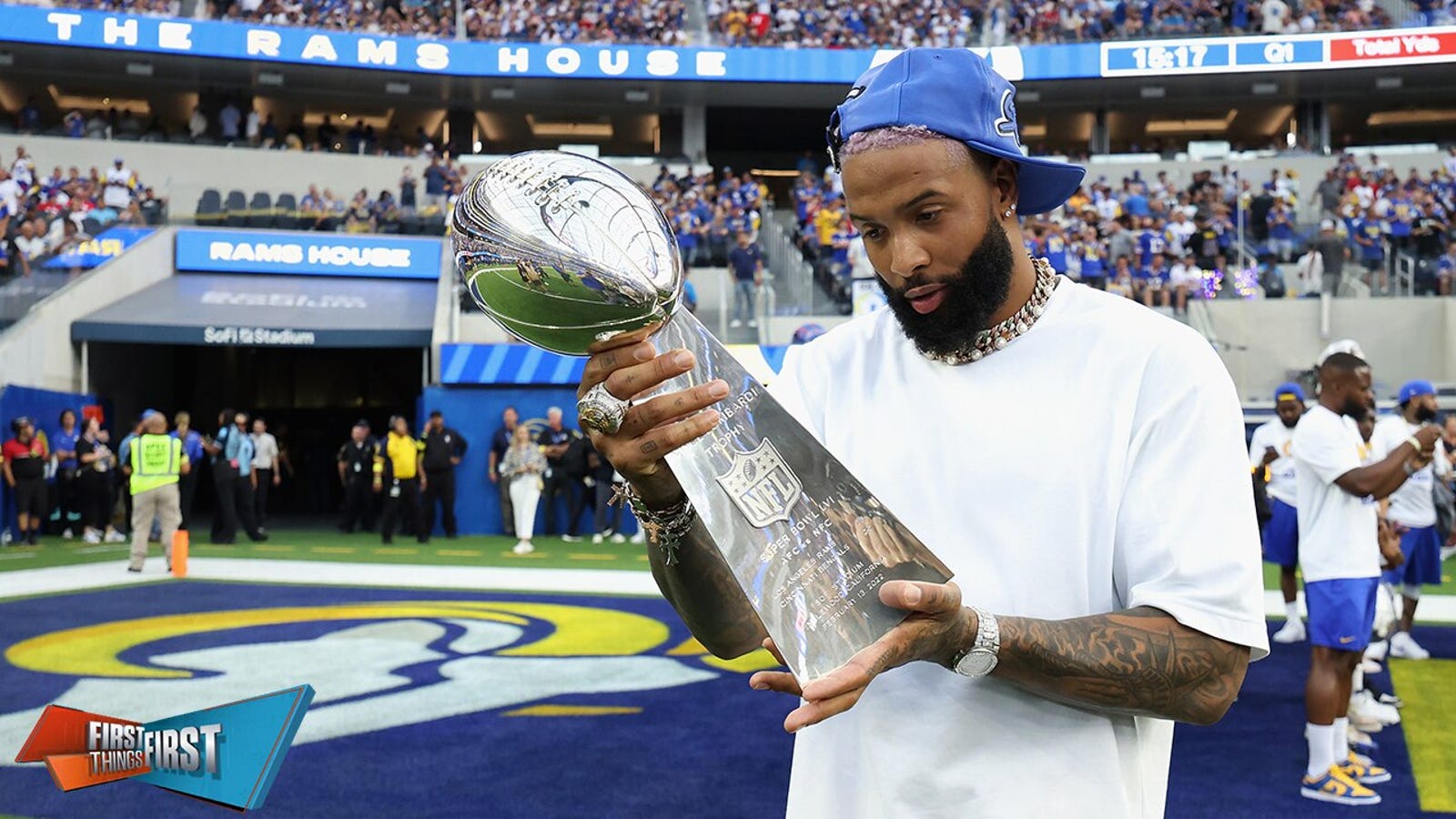 They sure do have the second part down. They’ve thrown enough bouquets of compliments at the injured, 30-year-old receiver to theoretically satisfy his ego. But it’s time to cut out the chatter put their money where their mouths are. It’s time for them to sign Odell Beckham, or shut up.

The Cowboys, perhaps more than any true Super Bowl contender, could use a receiver like Beckham for the stretch run. Maybe it’s a risk. Maybe he’ll only be available for the last month of the season and the playoffs.

“(Beckham) is someone we have all the appreciation in the world for, for what he is as a competitor,” Jones said on 105.3 The Fan in Dallas last week. “I know the Cowboys star on that helmet, when he puts it on, could look pretty good.”

“We know what type of player Odell is,” running back Ezekiel Elliott added. “We know how explosive he can be and what he could bring to this offense. It would be great to get him down here in Dallas. We want OBJ.”

“I’ve always been a huge fan of his,” said Cowboys coach Mike McCarthy “We all just think he’d be an excellent fit here,”

“S—t, we could use him,” added linebacker Micah Parsons. “He’s a guy you want on your team.”

Micah Parsons responded to a photoshopped image of Odell Beckham in a Dallas Cowboys jersey, Parsons quote tweeted the post, lobbying for OBJ to come to Dallas. Skip Bayless and Shannon Sharpe weigh in on Odell to Cowboys.

You get the idea. They’re in love. And they sure do want Beckham to know it.

The reasons for the love affair are obvious, too. Clearly, Jones is a showman and Beckham has always been one heck of a show. More importantly, the Cowboys are desperate for a second receiver to take some of the pressure off CeeDee Lamb. A Robin to his Batman could really be the difference for their potentially explosive offense. It’s not a stretch, in the relatively wide-open NFC, that one top receiver could put them over the top, and on their way to their first Super Bowl in 27 years.

Is it a risk, leaning on a 30-year-old, just nine months removed from his second torn ACL in a 16-month span? Absolutely. But Beckham is absolutely worth that kind of risk. The last time he tore his ACL, he came back after 11 months of rehab and had 44 catches for 537 yards and five touchdowns in 14 games split between the Cleveland Browns and Los Angeles Rams. And he was huge for the Rams in the playoffs, where he caught 9 passes for 113 yards in the NFC championship and had 2 catches for 52 yards and a touchdown in the Super Bowl before tearing his ACL again.

It’s that playoff production (21-288-2 in 2 ½ games) that the Cowboys (6-3) should be focused on. They can get there without him. But they might need him if they want their postseason run to be long.

Of course, all of that is if Beckham is able to play. There is some doubt about that, according to various league sources. Beckham’s camp keeps leaking that he’ll be ready to play in December, but some in the NFL remain skeptical — and that’s almost certainly the reason he hasn’t been signed yet.

But if the Cowboys are as interested as they keep saying — and they say they’re really, really interested — then why wait? Bring him in for a physical, make him an offer and get it done. The longer they wait, the more Beckham will have other options he can explore. Either through his friends, his representatives, or with unannounced visits to team facilities, he’s had an open flirtation with the Buffalo Bills, Green Bay Packers, Kansas City Chiefs, and even his original team, the New York Giants. All of them seem to have shown some level of interest, even if they mostly haven’t been caught publicly drooling over him like his new best friends in Dallas.

Odell Beckham Jr to the Dallas Cowboys? Craig weighs in | THE CARTON SHOW

Rumors are swirling that Odell Beckham Jr could be headed to the Dallas Cowboys. Greg Jennings tells Craig Carton whether he thinks that’s a good fit.

Of course, Beckham has also made it clear — again through friends, reps, and others — that he wants a multi-year contract. That’s a big ask for a player his age and with his injury history. But he is a master at not only creating a market for himself, but at eventually getting what he wants. He might get that here, even though most of the teams his people keep name-dropping don’t have much salary cap space to spare.

The Cowboys don’t either. But they have the motivation to find it and make everything fit.

So do it. Just do it. Stop talking and offer him a deal. The very worst thing, at this point, would be for Jones and company to keep talking right up until Beckham signs with the Packers, Bills or Chiefs. So he cashes a few checks while doing rehab at the team facility. At least then he’d be at the team facility and learning the offensive plays. And they wouldn’t run the risk of riling up their fans, only to get caught sleeping before seeing their lack of a No. 2 receiver cost them in the playoffs.

Maybe Beckham won’t make it back. Maybe he won’t be the same player. But he’s still worth a shot because the Cowboys didn’t make a move for a receiver at the trading deadline. Now they’re out of options. At this point, the ceiling for any available player they might find is far below Beckham’s floor.

And again, they know it.

“To have a guy like Odell Beckham — if he’s recovered from his knee, which it sounds like he has — is a great way to make your team better,” Cowboys VP Stephen Jones told SiriusXM NFL Radio.

“That’s my boy. I’m a fan of Odell, for sure,” added Lamb. “I feel like, why wouldn’t you want to add more firepower to this offense?”

Good question. Now it’s time for the Cowboys to answer.