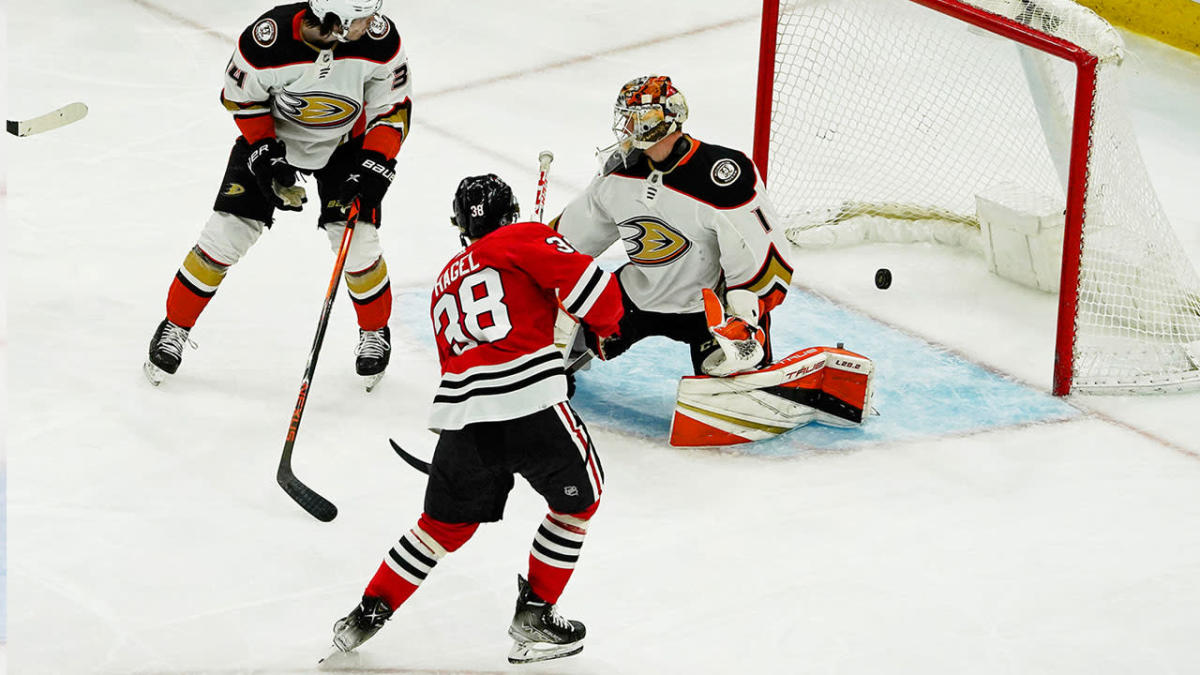 The Blackhawks shut out the Anaheim Ducks 3-0 at the United Center on Saturday.

Here are 10 observations from the win:

1. This was one of the more entertaining low-scoring games of the season. Both teams combined for 73 shots on goal and 78 scoring chances, according to Natural Stat Trick. Fun night to be at the UC.

2. Marc-Andre Fleury made his sixth straight start and was terrific. He stopped all 37 shots he faced to earn his third shutout of the season and 70th of his NHL career. What a player.

3. The Blackhawks scored the first goal, and it was an absolutely wild sequence. With the Ducks on the power play, Jakub Galvas saved a goal right on the red line, Riley Stillman saved another seconds later after batting the puck out of mid-air, and then Erik Gustafsson jumped out of the penalty box and connected with Brandon Hagel. Electric atmosphere.

4. After going goalless in 13 straight games, Patrick Kane has found the back of the net in back-to-back games and extended his point streak to seven. Don’t look now, but Showtime is heating up.

5. At 5-on-5, the Blackhawks generated 15 high-danger chances, which set a new season-high. They also matched a season-high with 29 scoring chances. The offense was clicking.

6. Jonathan Toews was one of the best players on the ice. He had a season-high six shots on goal and won nine of 15 faceoffs for a win percentage of 60. One of his best opportunities came in the second period when his shot went off the knob of Ducks goaltender Lukas Dostal.

8. The Ducks recorded 37 shots on goal. Only 10 of them came from the slot, per Sportlogiq. Six of those slot shots came in the third period. The Blackhawks protected the house well.

9. Sam Lafferty has been impressive in his two games with the Blackhawks so far. He was promoted to the third line in this game, and had four shots on goal, three hits, one blocked shot and won three of six faceoffs.

Derrick Favors with a dunk vs the Cleveland Cavaliers

Joel Embiid not putting pressure on 76ers to make Ben Simmons trade: 'There's no urgency to change anything'