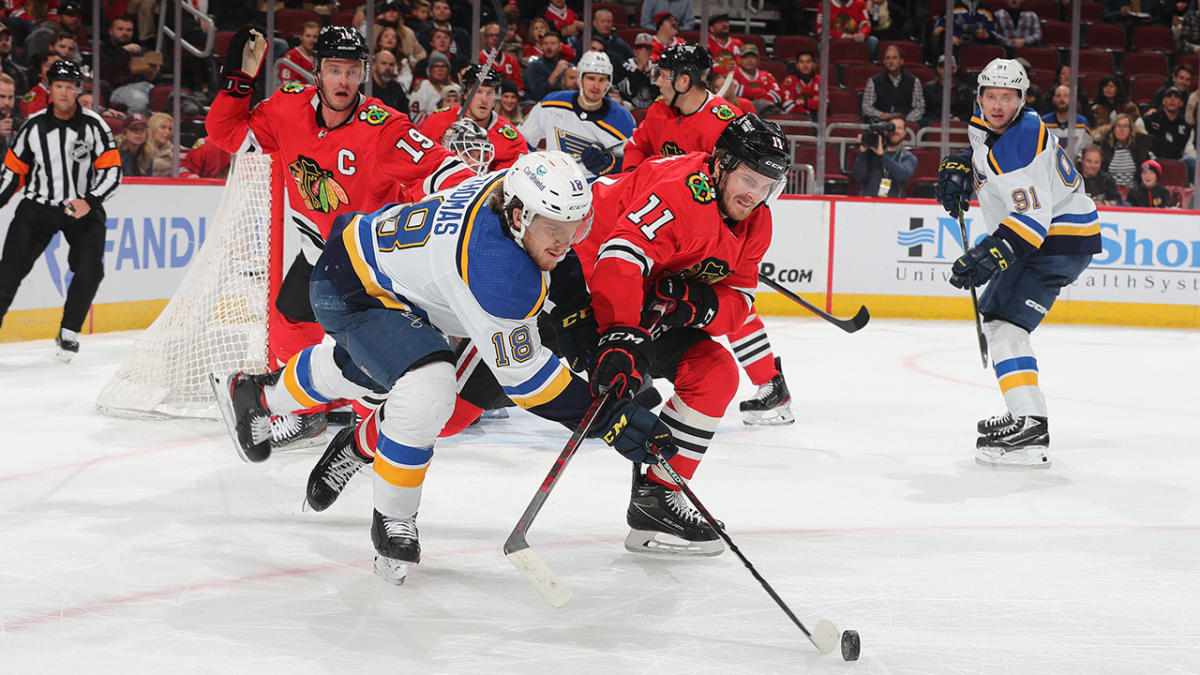 The Blackhawks fell to the St. Louis Blues 5-2 at the United Center on Wednesday.

2. The Blackhawks have given up the first goal in 12 of 16 games this season. It was the eighth time they fell behind by two or more goals. Not a great recipe for success.

4. This game was a snoozefest in the first period. Things really opened up in the second, with both teams trading chances like crazy. The Blackhawks were outshot 18-10 in the middle frame and just couldn’t muster any offense in the third period. The shorthanded goal against in the second period wasn’t ideal.

5. Arvid Soderblom made his fifth start — sixth appearance — of the season, and the Blackhawks did him no favors in this game. I don’t think you can blame him for any of the five goals against.

6. Andreas Athanasiou was reunited with Max Domi and Patrick Kane, and he snapped his four-game point streak and six-game goal drought by finding the back of the net twice. The Blackhawks need him to get going again.

8. Jordan Kyrou registered a goal and an assist in this game, but he had a really tough start to the season with a -17 rating through 13 games for the Blues, which ranked dead last among all NHL skaters. To put a more positive spin on it, he would’ve run away with The Masters with that kind of number.

9. The Blues absolutely dominated the Blackhawks 6-0 in the final preseason game, which was the dress rehearsal for both teams. Who would’ve thought Chicago would be ahead of St. Louis in the standings 20 percent into the regular season?

Tim Stutzle with a Goal vs. Buffalo Sabres

a Spectacular Goalie Save from Ottawa Senators vs. Buffalo Sabres