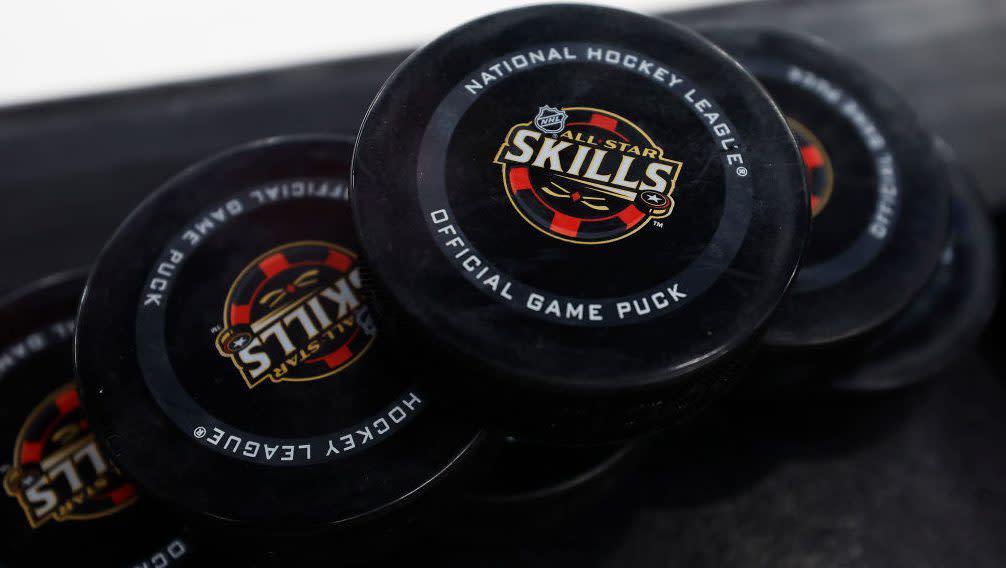 Another 2022 NHL All-Star Skills competition is in the books. After an understated start, Trevor Zegras & Co. really stole the show during the “Breakaway Challenge.”

Along with that elaborate event, there were plenty of surprises, particularly in the fastest skater competition. This post collects the winners, results, and videos for the 2022 NHL All-Star Skills night.

Let’s go over winners of the returning/more “traditional” events at the 2022 NHL All-Star Skills competition.

Read more about how Jordan Kyrou of the Blues won in 13.55 seconds.

Here are the results of the hardest shot competition, which Victor Hedman won with a slapper at 103.2 mph.

Check out the rather wide variety of results from the accuracy shooting event:

Judging by Jonathan Huberdeau‘s bumpy start, the players took some time to get the feel for the “Fountain Face-off.”

The results started to really ramp up as it went along, though, especially when Jocelyne Lamoureux-Davidson put on a clinic.

In the other new event, Joe Pavelski won hockey blackjack (aka “21 in 22”), an event that felt like an interesting tweak on the accuracy shooting competition.

Manon Rhéaume and Wyatt Russell served as goalies in the show-stealing “Breakaway Challenge.” You can read more about Alex Pietrangelo “winning” it, but Trevor Zegras won hearts with an astounding goal that referenced “Dodgeball.” Watch the highlights in the video above this post’s headline, as it’s a true treat.

Jakob Poeltl with a block vs the Houston Rockets