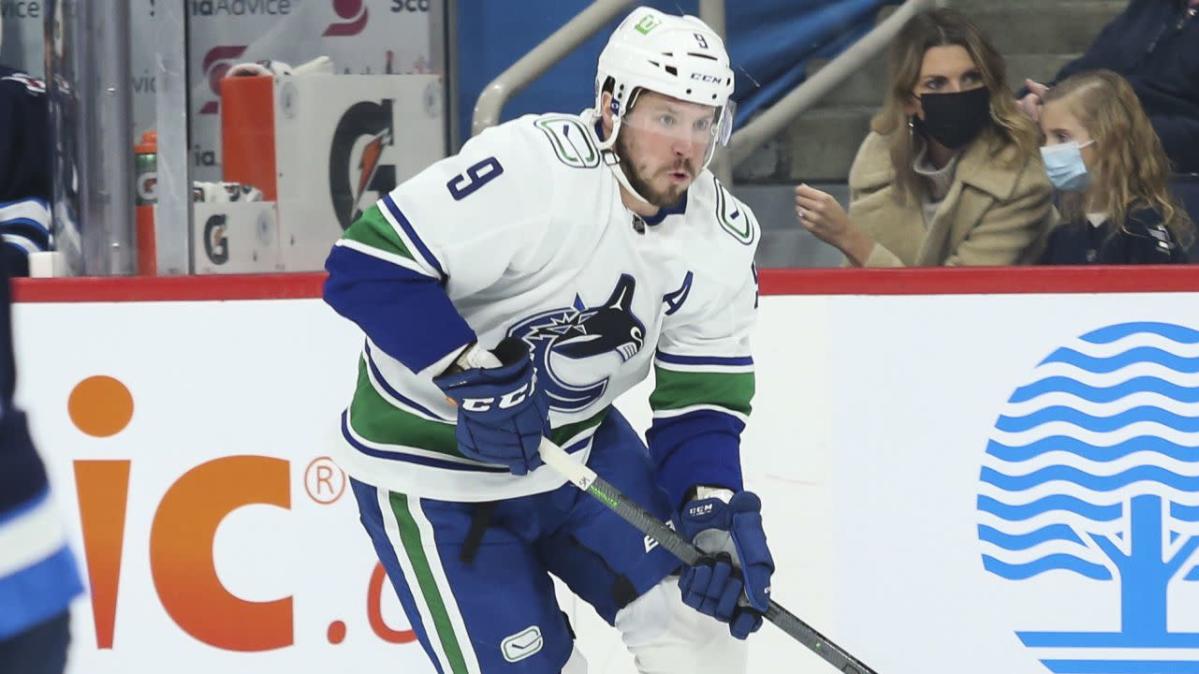 The Boston Bruins are playing their best hockey of the season with a 10-3-1 record in 14 January games. They are making a strong case for management to be aggressive in upgrading the roster before the March 21 NHL trade deadline.

Two of Boston’s primary needs are a No. 2 center and a third-line winger/center who can score goals and generate scoring chances consistently.

Ranking Bruins’ best assets to use at 2022 NHL trade deadline

Bruins general manager Don Sweeney has been pretty active at recent trade deadlines in bolstering his team’s forward group. In fact, he’s added at least one forward in all six of his trade deadlines as GM. Last season he brought in Taylor Hall and Curtis Lazar in a trade with the Buffalo Sabres, and that deal has worked out very well so far.

Here are five forwards the Bruins should consider pursuing ahead of the 2022 trade deadline (all salary/contract info via CapFriendly).

Miller is one of the top players who could be available.

The Canucks still have a chance to make the playoffs but they have an uphill climb. Vancouver enters Friday three points behind the Flames for the second wild card spot but it also has played four more games than Calgary.

Miller would be a great fit as the No. 2 center for the B’s. Erik Haula has done a solid job in that role this month on a new-look second line with Taylor Hall and David Pastrnak on his wings. But it’s unlikely the Bruins will win the Stanley Cup if Haula is the second-line center. He’s more suited as a third-liner.

Miller is having a fantastic season with a very real chance at hitting the 30-goal and 80-point milestones for the first time in his career. He scored a hat trick in the Canucks’ win over the Winnipeg Jets on Thursday night.

Not only does Miller have impressive ability as a scorer and playmaker, he plays a hard, physical style at 6-foot-1 and 218 pounds.

The cost for Miller will be very high, given his talent and the fact that he’s not a rental. His contract doesn’t expire until 2023 and it carries a team-friendly $5.25 million salary cap hit.

Daily Faceoff’s Frank Seravalli reported on Sportsnet 650 earlier this week that the price for Miller “could end up being a little more than a (first-round pick) and a highly touted prospect.”

Would the Bruins part with a Jeremy Swayman or Mason Lohrei as part of a deal for Miller? They probably should considering the age of Patrice Bergeron and the team’s championships window rapidly closing. This might be Boston’s last good chance at winning a Stanley Cup with its current core, so why not pursue a talented player like Miller and try to make a deep playoff run?

Crouse is a good bottom-six target for the Bruins.

He hasn’t become the top-six, Milan Lucic-type power forward that some people envisioned when the Florida Panthers drafted him in the first round in 2015, but Crouse has definitely carved out a valuable role as a player who provides 10-15 goals per season and brings plenty of physicality in all three zones.

He’ll be an RFA this summer, so if the Coyotes don’t plan on paying him, he’s a player who could be moved before the deadline.

Crouse’s heavy style of play would be a solid fit for the Bruins and give them a boost of toughness — which you could argue they don’t really have enough of right now.

Kessel was of course drafted by the Bruins with the No. 5 pick in 2006 and played pretty well for them, scoring 66 goals in 222 games. The B’s and Kessel were unable to reach an agreement on a contract before the 2009-10 season and he was traded to the Toronto Maple Leafs for two unprotected first-round picks and a second-rounder. Those first-round picks became Tyler Seguin (No. 2 overall in 2010) and Dougie Hamilton (No. 9 overall in 2011).

Kessel is going to be an unrestricted free agent in the summer, and given the Coyotes’ rebuild situation, it makes absolutely no sense for them to keep him beyond the trade deadline.

The veteran winger is not an elite scorer anymore, but he can be a valuable second or third-line forward on a contender — similar to his role on the Penguins teams that won back-to-back Stanley Cup titles in 2015-16 and 2016-17.

Kessel’s goal scoring is down a bit this season, but he did average 23.75 goals over the previous four years. He’d definitely be an upgrade over Jake DeBrusk and also could fill in on the power play if needed.

One important thing to note is Kessel does have a no-trade clause, so he has some control over where he goes if moved.

Here’s another player Bruins fans will remember. Smith was part of the Tyler Seguin trade involving the B’s and Stars in 2013. He played two seasons in Boston before being traded to the Panthers in 2015.

The Golden Knights need to shed a good chunk of salary to be cap compliant when superstar center Jack Eichel (and his $10 million cap hit) is ready to return from injury. Smith, as a quality player with a $5 million cap hit, is among the top candidates for Vegas to move for that purpose.

Smith is on pace to score 20 goals again and potentially challenge his career high of 60 points in a season set in 2017-18. The 30-year-old forward also has been a pretty good playoff performer, tallying 65 points (22 goals, 43 assists) in 84 career postseason games. He’s one of the reasons why Vegas has won seven playoff series during its first four years as an NHL franchise.

Smith would be an upgrade on the third line over the likes of DeBrusk, Erik Haula, Nick Foligno, etc. His familiarity with Boston is a bonus.

Domi has been an inconsistent player throughout his career, but he’s having a strong 2021-22 season so far. He’s one goal away from matching his total of nine in 54 games last season.

The Bruins have shown great improvement offensively at 5-on-5 in January, but they could still use more scoring depth at even strength. Domi has tallied all but one of his 18 points during 5-on-5 action.

The Blue Jackets are 12 points behind the Bruins for the final wild card spot in the Eastern Conference. If they don’t make up ground soon, the Blue Jackets could be a team to watch at the trade deadline.