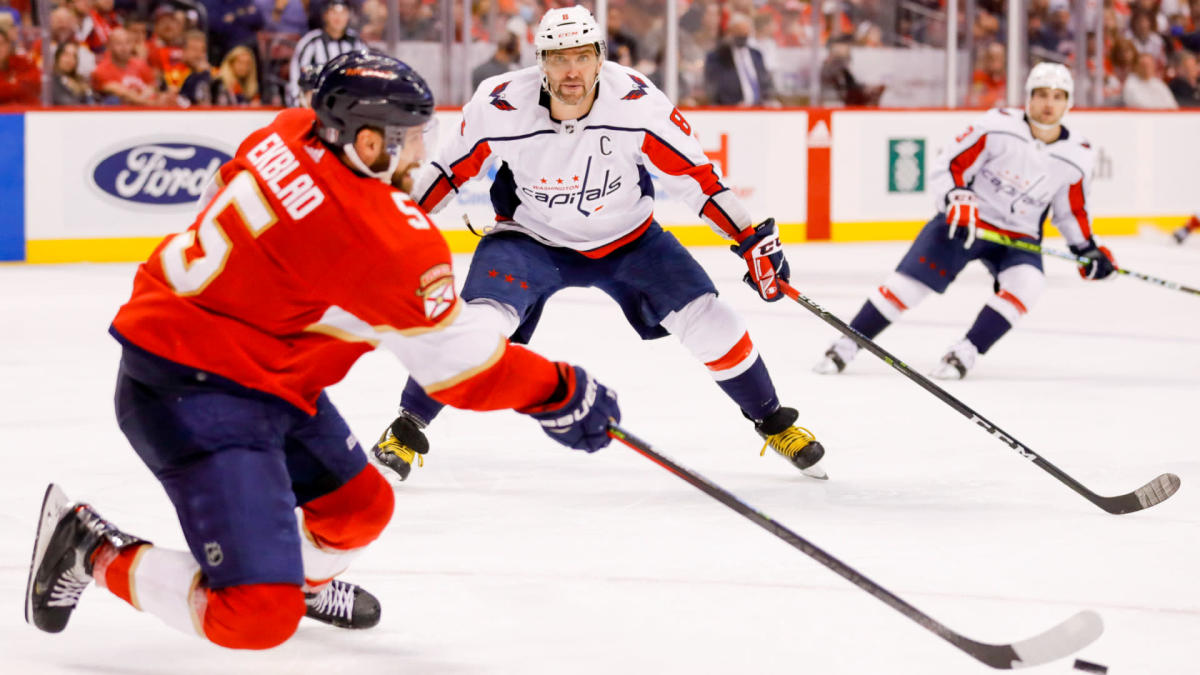 The Capitals fell behind the Panthers late in the first period Thursday on a pair of quick strikes and never climbed out back out of the hole as Florida won 5-1 to even their first-round series at a game apiece.

Washington followed its blueprint from Game 1 by dictating the pace and outshooting the Panthers 11-7 in the opening period. However, a deflected puck and some nifty stick work by Jonathan Huberdeau sent the game into intermission with Florida up 2-0. The Capitals got one back a few minutes into the second then lost all momentum when the Panthers immediately responded with another goal.

From there, goalie Vitek Vanecek fell apart and the Capitals failed to mount any kind of comeback against the stellar Sergei Bobrovsky. Despite the loss, Capitals winger Alex Ovechkin talked after the game about how Washington shouldn’t be too broken up about heading back to D.C. in a 1-1 series.

“I think we played solid first period,” Ovechkin said. “How I said, one minute kind of like hard minute, you know. Give up two goals right away but the most important thing for us is we don’t give up. We don’t give up and we tried to bounce back in a game 2-1 and another mistake. How I said, [expletive] happens. Move on and 1-1. How I said, it’s a good scenario for us.”

The Capitals, a team accustomed to competing for Presidents’ Trophies throughout much of Ovechkin’s tenure, has found itself on the underdog side of this series going up against the top-seeded Panthers. Florida set a franchise record with 122 points this season, riding the NHL’s No. 1 scoring offense to earn an enviable position in the stacked Eastern Conference playoff bracket.

Yet that initial path to the Stanley Cup Final still goes through Washington. The Capitals fared much better on the road (25-10-6) than they did at home (19-16-6) this season, but they’re looking forward to the home ice advantage that comes with playing their next two games at Capital One Arena.

“We got a tight series going back to Washington so looking forward to playing in front of our fans,” center Nicklas Backstrom said. “We all need to realize that everything matters in the playoffs. Obviously, the margins are small but especially after goals like [the one that made it 4-1] we need to be a little bit sharper and make sure we take care of that puck. Overall, our execution wasn’t there tonight so that’s an area we got to be better at.”

That the Capitals managed to beat the Panthers, owners of the NHL’s best home record at 34-7-0, at their own arena was a feat in and of itself. Now, it’s up to them to bounce back from a disappointing Game 2 loss and reverse their trend of struggling at home if they’re going to win their first playoff series since 2018.