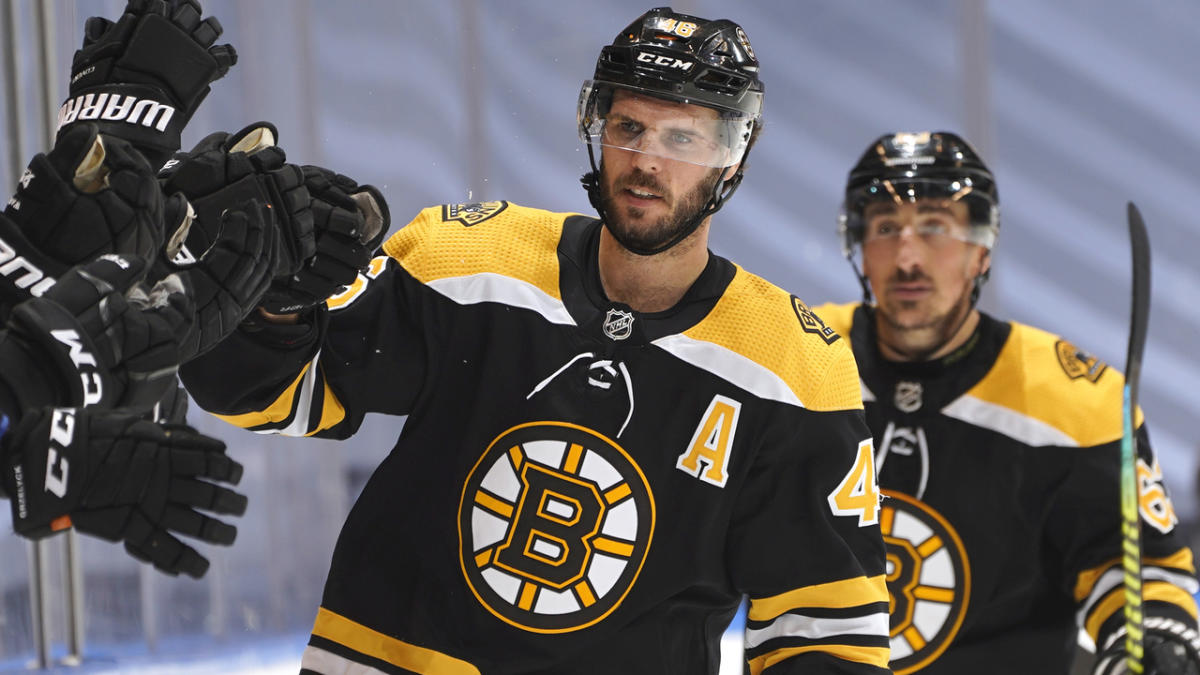 David Krejci was selected in the third round (63rd overall) by the Boston Bruins in the 2004 NHL Entry Draft. Since his NHL debut with the Bruins in 2007, Krejci has become a household name amongst B’s fans, playing in three Stanley Cup Final series (including a championship in 2011), and becoming one of the team’s alternate captains. He’s currently 17th on the franchise’s all-time scoring list.

Get to know more about one of the Bruins’ top players, who has returned to Boston in hopes of winning another Stanley Cup.

Here are some of David Krejci’s notable career achievements and statistics:

Here are David Krejci’s contract details with the Bruins

Krejci signed the deal with the Bruins at 36 years old and can become an unrestricted free agent following the 2022-23 season, when he’ll be 37.

Through 15 NHL seasons, Krejci has earned more than $71 million.

Krejci did not play college hockey in the United States, instead playing junior hockey in the Czech Republic and Canada before joining the Providence Bruins of the American Hockey League.

After being drafted by the Bruins, Krejci played two seasons for Gatineau Olympiques in the Quebec Major Junior Hockey League (QMJHL).

Krejci turned pro in the 2006-07 season and played six games with Boston and 69 games for the P-Bruins, where he totaled 74 points (31 goals, 43 assists) in the regular season before tacking on three goals and 13 assists (16 points) in 13 postseason games.

He began the next season in Providence, tallying 28 points (seven goals, 21 assists) in 25 games. Krejci was called up to Boston during the 2007-08 season. He played 56 games for the parent club, scoring six goals and earning 21 assists (27 points) in the regular season. During seven NHL playoff games that season, Krejci totaled five points (one goal, four assists).

Krejci joined Boston full-time for the 2008-09 season, leading the NHL in plus-minus rating.

Krejci spent the 2021-22 season playing in front of friends and family in the Czech Republic. He played for HC Olomouc in the Czech Extraliga (EHL), where he tallied 46 points (20 goals, 26 assists) during 51 regular season games. Krejci also scored three goals and tallied three assists in five postseason games.

Krejci married his wife, Naomi Starr, in 2014. The couple have two children together: Elina and Everett.

Field of Dreams Game 2022: Tour the ballpark in photos