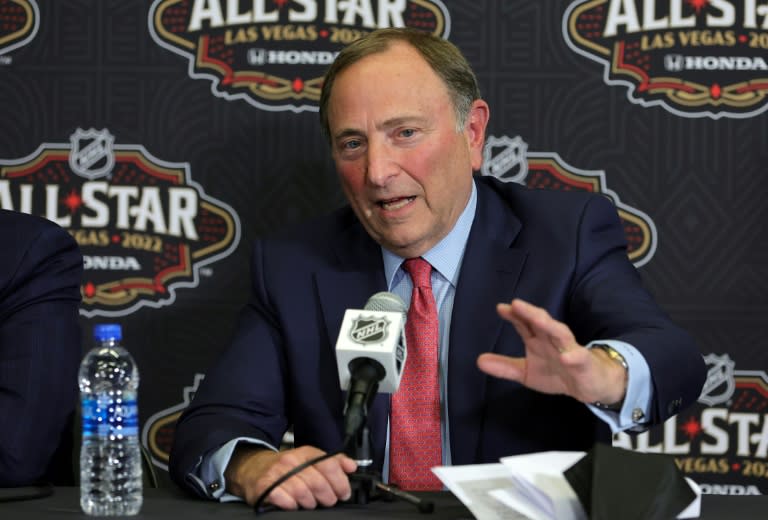 Commissioner Gary Bettman defended the NHL’s decision to pull out of the Beijing Olympics on Friday but said the league expects to make a return in 2026 in Italy.

Bettman said withdrawing from the Winter Games because of how Covid-19 outbreaks affected the NHL schedule will allow the league to finish the 2021-22 regular season on time.

“We were prepared to go to the Olympic Games but for Covid,” Bettman told reporters at the NHL All-Star Game festivities in Las Vegas. “I don’t know how we would have finished the season if we had gone. Hopefully the world will be in a better place for Italy four years from now because we know the players want to go.”

Bettman said 105 NHL regular season games have been rescheduled for what would have been the February break to allow players to compete in Beijing.

Asked what the reaction was from the Beijing organizers when the league told them they weren’t going, Bettman said, “They weren’t very happy, obviously.”

Bettman doesn’t believe it will hurt the NHL’s chances of going back in four years when the Games will be hosted by Milan and Cortina d’Ampezzo.

“The agreement we had with the players specifically had an out,” he said. “Because of the importance of hockey to Winter Games and what a difference our players can make, I think they will welcome us to Italy in four years. We will be thrilled to have our players go.”

The NHL decided in December not to send its players to the Beijing Olympics after the global pandemic severely impacted the schedule. The owners wanted to use the planned Olympic break to make up postponed games because of lost revenue from Covid-19 shutdowns.

“I don’t think it caught many people by surprise,” Daly said. “Once we had to cancel games the decision was made for us.

“I don’t think it will harm our ability to take part in the future.”

Daly said there are no plans to hold NHL games in China next season, but they hope to continue to grow the game there.

“When we resume that (NHL games in China) is an open question. We continue to view China as an opportunity. We want to shepherd the game in China,” Daly said.

Bettman also said that the league would consider moving the 2022 entry draft out of Montreal if Quebec’s Covid-19 restrictions remain in place.

The 2022 draft is currently scheduled to be held over two days, starting July 7.

Montreal was also scheduled to host the 2020 draft, which was forced to become a virtual event due to the global pandemic.

The All-Star Game is scheduled for Saturday at the T-Mobile Arena in Las Vegas.