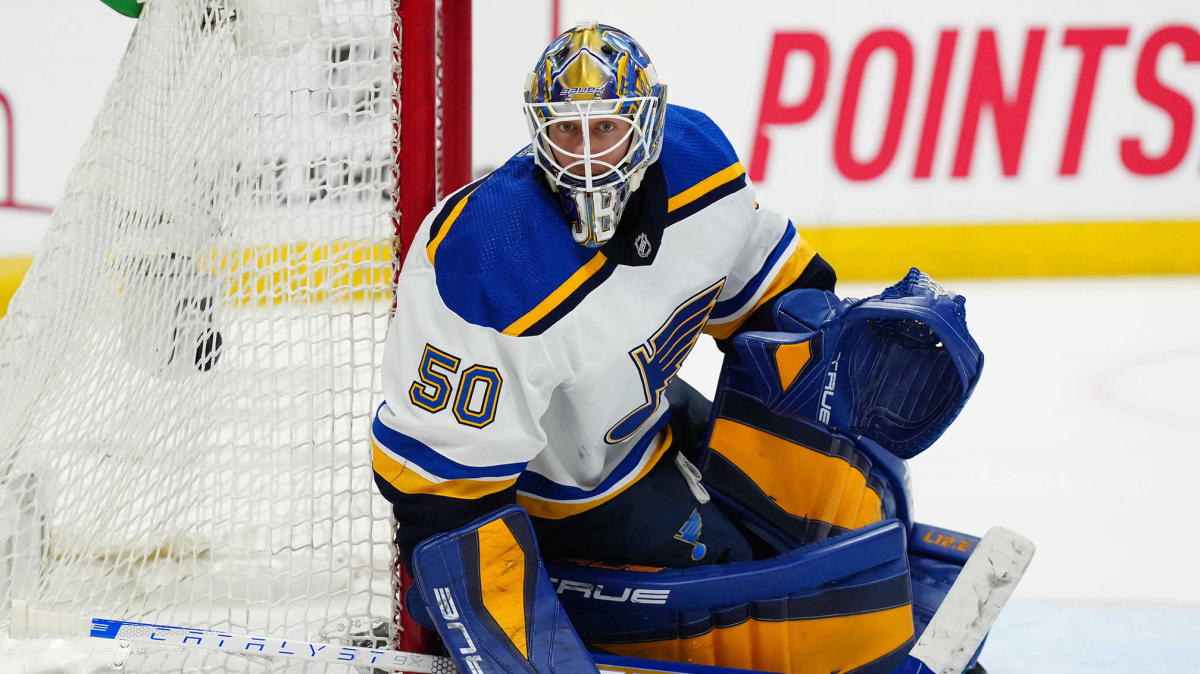 Sometimes a goaltender can steal a win for his team. Jordan Binnington certainly came close, but ultimately even 51 saves wasn’t enough in the Blues’ 3-2 overtime loss to Colorado.

Of course, even a hot goaltender needs some support from his teammates. Binnington faced a barrage of 19 shots in the second period, which is when the Avalanche got their first two goals on him. Colorado outshot St. Louis again in the third period, but Binnington held down the fort and allowed the Blues to tie the game. However, in overtime Colorado outshot St. Louis 13-0, so the overcome isn’t in the least bit surprising.

Colorado has now opened the playoffs with five consecutive wins. Any hope that the Blues might be able to take Game 1 from a rusty Avalanche has been dashed. The good news is that this is just the start of the series and despite how one-sided this game was in the shots category, the Blues did at least hang in there. They can match up to the Avalanche, but they’ll need to help out Binnington more in Game 2 on Thursday.

This game wasn’t as one-sided as it looks. Anthony Duclair scored the first goal of the game at 14:01 to give the Panthers the early lead. That’s what the score was heading into the intermission.

Corey Perry netted a power-play marker at 16:22 of the second to tie the game. He later added an assist, giving him three goals and four points in eight playoff games.

Pierre-Edouard Bellemare scored what proved to be the game-winning goal 3:35 minutes into the third frame. It was his second goal and point in eight postseason contests.

The score would stay at 2-1 Lightning for most of the final frame. Nikita Kucherov finally gave Tampa Bay a cushion with his power-play goal at 15:54 of the third period. The Panthers challenged the goal, but lost, which resulted in a bench minor. Ross Colton scored on the ensuing power play to give us our final score.

Sergei Bobrovsky saved 32 of 36 Panthers shots. As you’ll note above, three of the four goals he allowed were scored during Tampa Bay power plays.

As noted above, Jordan Binnington did his part in this one, but the Blues couldn’t take advantage of his strong performance. He stopped 51 of 54 Avalanche shots. He’s 3-1 with a 1.94 GAA and .944 save percentage in four playoff starts.

Jordan Kyrou and Ryan O’Reilly accounted for the Blues’ two goals. O’Reilly is up to six goals and nine points in seven postseason games.

Josh Manson netted the overtime winner and registered an assist. He has a goal and three points in five playoff contests.

Valeri Nichushkin and Samuel Girard each contributed a goal for the Avalanche. That gives Girard a goal and three points in five playoff games.

a Goal from Calgary Flames vs. Washington Capitals