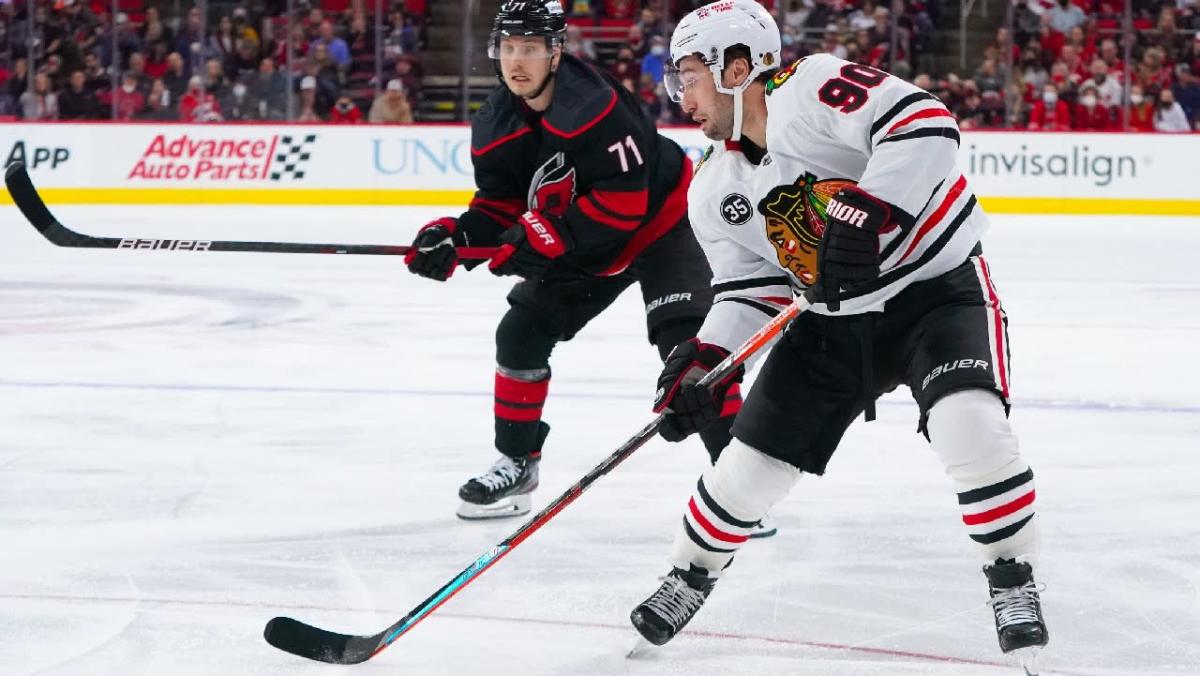 It’s been a rough first season for Chicago Blackhawks center Tyler Johnson, but he will make his return to the ice on Monday as the team takes on the Buffalo Sabres at the United Center.

Johnson, who has been in the NHL’s concussion protocol since March 12, will return to the lineup Monday night in place of center Kirby Dach, who will be sidelined due to a non-COVID illness.

In 14 games this season, Johnson has scored one goal and added two assists. He has accumulated 19 shots on goal in those contests.

Johnson scored his lone goal of the season in a 6-3 loss to the Detroit Red Wings on Oct. 24, and has been held off the scoresheet ever since, going without a point in his last eight games.

The veteran center, acquired from the Tampa Bay Lightning during the offseason, had neck surgery in early December when doctors implanted an artificial disk into his neck. He ultimately missed more than four months without the injury.

As for Dach, the center missed the team’s morning skate on Monday, and was later ruled out for the contest by team Dr. Michael Terry.

The Blackhawks and Sabres will face-off at 7:30 p.m., with the game on NBC Sports Chicago Plus.