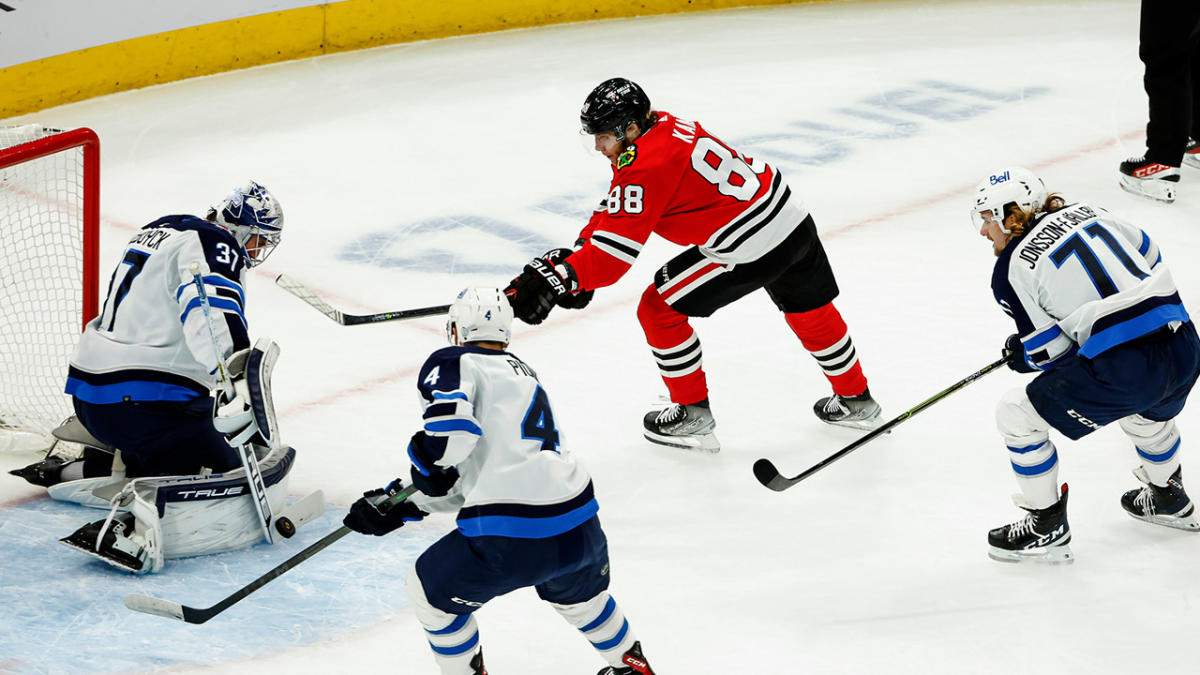 The Blackhawks’ winless skid hit seven games following a 7-2 loss to the Winnipeg Jets on Sunday, and a big reason why it’s gotten this long is that they have barely played with a lead.

The Blackhawks have allowed the first goal in eight consecutive contests, and they’ve only scored first only four times in 21 games this season. Every other team has scored the first goal at least six times.

“That’s just something that happens when you go out there and you’re ready to go right off the first puck drop,” Jonathan Toews said. “We didn’t maybe get that first bounce tonight that we were looking for but that’s not what should discourage you ultimately and take you off your game for the next 40, 50 minutes, so that’s not an excuse.

“But yeah, it definitely helps to score that first goal but it doesn’t really matter the situation, we’ve got to start better and the rest will follow.”

During their seven-game winless skid, the Blackhawks have played 425:00 minutes of hockey. They’ve held a lead for only 20:19 of those minutes and have trailed for 317:17, according to Natural Stat Trick.

“We have to worry about our complete game, not just scoring first,” Blackhawks head coach Luke Richardson said. “If we want to get into trading chances with Winnipeg or Edmonton or the Rangers, I don’t think that’s going to end very well, going up and down the ice. We have to play a little harder physically, and that doesn’t mean running guys through. It means being in front of them, slowing them down for our D, and then we’re in good position to get a pass from our D offensively and start skating forward.

“Everything is frustrating right now, but no one gets you out of this except for yourself. We are a team, the coaches are with the players and we’re going to try to help them get a better start, maybe get that first goal and feel a little more confident going into that first period.

“If we get out of the first period, it was 1-0 tonight and then they go up 2-0, we score right away and then we had a breakaway right off the next faceoff and if we score, maybe it’s different, maybe we dial in a little deeper instead of playing a little more spread apart. I think it could help, but we can’t just snap our fingers and do it, we have to work for it.”