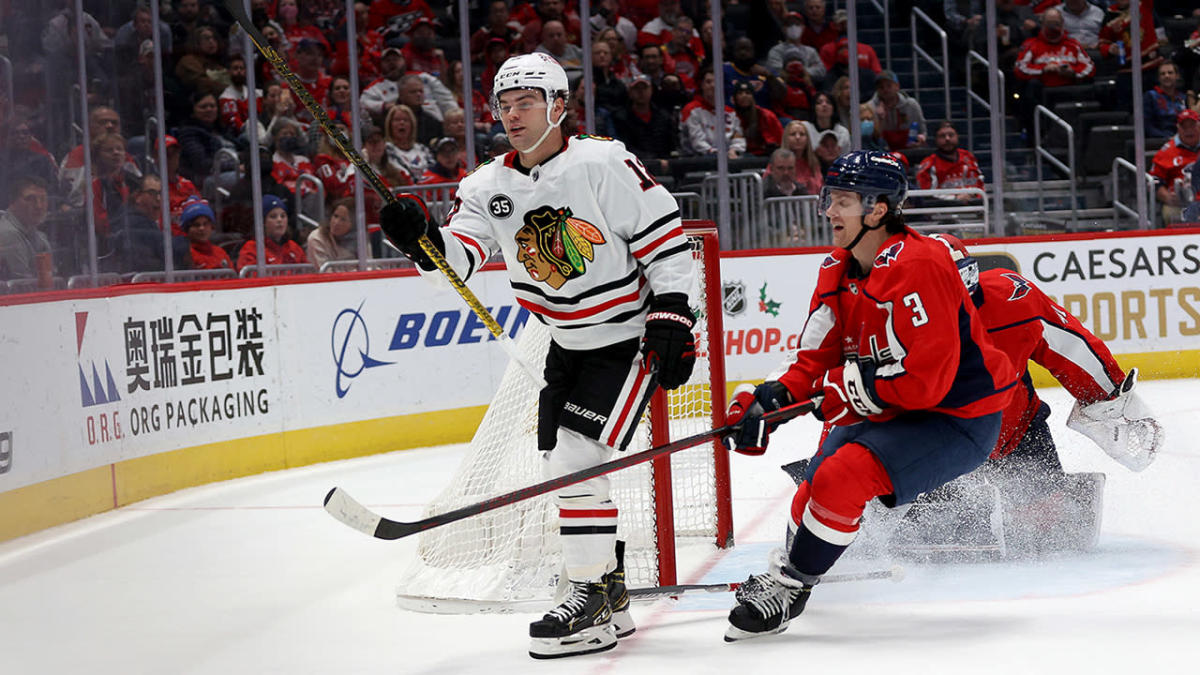 For the first time in his NHL career, Alex DeBrincat is an All-Star. He was selected to be Chicago’s representative for the 2021-22 season, as voted on by the league’s Hockey Operations staff.

It was only a matter of time before the hockey world recognized DeBrincat as a legitimate star, and that time has finally come.

“It’s awesome,” a humble DeBrincat said of the selection. “We obviously have a couple of guys who probably could’ve went, but it’s an honor for sure. I’m excited to go do that and represent the Blackhawks.”

Patrick Kane was one of the first to vouch publicly for DeBrincat as an elite player. Earlier this season, he said DeBrincat is a “superstar in the making” before quickly correcting himself, saying: “He’s already a superstar.”

“He’s the guy who was most deserving of our team,” Kane said. “He’s been our best player this year, so I think it’s fitting he’s going to the All-Star Game, for sure.”

Since the start of the 2020-21 campaign, DeBrincat has 55 goals in 91 games. Only two players have scored more goals over that stretch: Leon Draisaitl (57) and Auston Matthews (66). Right behind him is Connor McDavid (52) and Alex Ovechkin (51).

“He gets better and better every year,” interim head coach Derek King said of DeBrincat. “He’s probably had some good All-Star stats over the years but when you’re competing with another top player on the team that’s usually the guy going, it’s hard to beat that.

“But I’m happy for him. This is a good opportunity for him to be a part of something that he’s worked hard for and he’s deserving of. If he can be an All-Star every year, we’d love it here.”

The Blackhawks had a few players worthy of consideration, including Kane. While he’s not scoring goals at a clip he’s used to, he’s still averaging a point per game and is one of the league’s top playmakers.

You could make a strong case for Marc-Andre Fleury, who’s been playing at a Vezina Trophy level for more than two months now. Since Nov. 7, he has a 12-4-3 record with a 2.17 goals-against average, .930 save percentage and three shutouts. Only New York Rangers goaltender Igor Shesterkin (15.3) has a higher goals saved above average than Fleury (13.1) over that span, per Natural Stat Trick.

Seth Jones was up for the Last Man In vote but fell short to Colorado Avalanche center Nazem Kadri. Jones has three goals and 22 assists for 25 points through 35 games. Across an 82-game season, that’s a pace of 58 points, which would be a new career-high.

The problem is that each NHL team must be represented at the All-Star Game, and the rosters have shortened ever since the format went to 3-on-3. You could argue whether or not the selection process should be altered, but that’s the way it is.

DeBrincat had “a lot of people” who helped him get to the point, and singled out many veterans from the Blackhawks.

“Going all the way back to my first year, it was a lot of the older guys, the leaders in the room,” DeBrincat said. “You got Seabs, Duncs, Tazer, Kaner, Sharpy. Sharpy was huge for me my first year. You build off that.

“Obviously lately, a lot of guys. [Chris] Kunitz has been huge for me. He thinks the game very well and I talked to him a lot when he was on the team and as a coach he helps me see things maybe I wouldn’t see. There are so many people, I could list off a bunch. The coaching staff always is great to me and really wants me to improve. That’s a lot of people.”