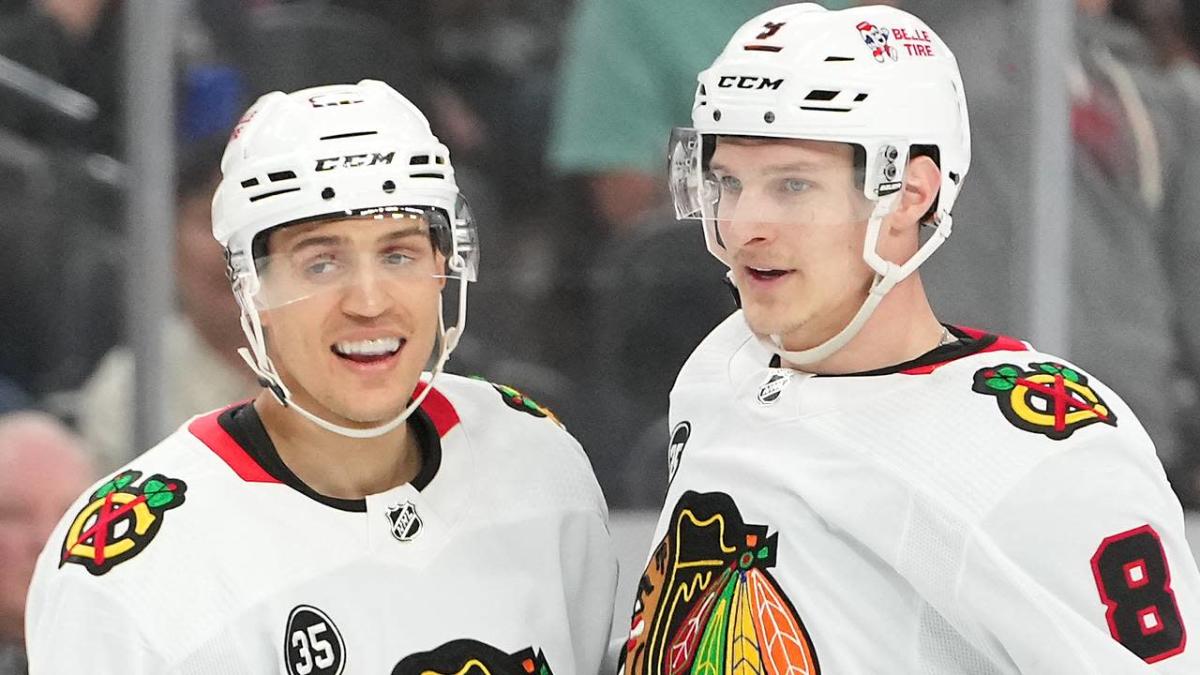 LAS VEGAS — For the first time since his rookie season, Dominik Kubalik was a healthy scratch on Thursday against Los Angeles. The decision wasn’t necessarily made to serve as a wake-up call, but more of a reboot.

“Kuby just needs a little reset, that’s all,” interim head coach Derek King said. “He’s fine. He’s working hard, he’s trying, just things are not going right for him. Sometimes the computer’s not working, so what do you do? You reboot it. When it comes back on usually it solves the problem. So sometimes it’s good to sit up top, watch and just kind of take a deep breath and clear your mind and we’ll get him back in right away.”

Kubalik did, in fact, get back in the lineup right away and he took advantage of it by scoring the opening goal of the game on Saturday against Vegas. His shot went off Golden Knights defenseman Alec Martinez, but sometimes a little puck luck is all you need to get the confidence going again.

“[As] a player, you don’t want to be in that situation,” Kubalik said following a 5-4 overtime loss. “You want to be out there, you want to play, even though I know I have to be better, that’s for sure. There’s nothing else to say. I thought today, finally, I felt like my old self. I was getting chances, I was in the right areas, and I just need to keep building on that.”

Kubalik was one of Chicago’s most noticeable players on Saturday. He recorded eight shot attempts, five shots on goal, three hits and nearly scored the game-winning goal in overtime but the puck slipped off his stick when he was trying to deke the goaltender.

King said on Wednesday that Kubalik has been “overthinking it big time,” and Kubalik admitted that overthinking mentality came into play on that overtime scoring chance.

“When I got it from [Dylan Strome], I was overthinking again,” Kubalik said. “I should just get it and shoot it, but I was trying to make a move which is not my game so then I kind of lost it. I’ve got to stick with what I’m doing best and that’s shooting.”

Despite that little hiccup, King was pleased with Kubalik’s overall performance, and he should be. That’s the exact kind of response he was looking for from Kubalik.

“He played a real good game,” King said. “I think that was probably one of the better games he’s had for opportunities to shoot the puck and score some goals.”

Kubalik has had a tough time finding the back of the net this season, but especially as of late. He ended a nine-game goal drought on Saturday and scored for just the second time in his last 22 games.

It probably hasn’t helped that Kubalik’s name had been in the rumor mill leading up to the trade deadline. It was really the first time he’s had to worry about something like that.

Kubalik, ultimately, wasn’t moved and can now breathe a little easier and simply focus on his game over the final month of the season.

“Obviously I was nervous with what was going to happen,” Kubalik said. “My wife’s parents were here, too, so that didn’t help me that much because they were asking those questions too. But on deadline day, they helped me a lot to not think about it that much. It was a new experience for me. I’m here, I’m happy to be here and I’m ready to help the team.”

Alex Formenton with a Goal vs. Florida Panthers