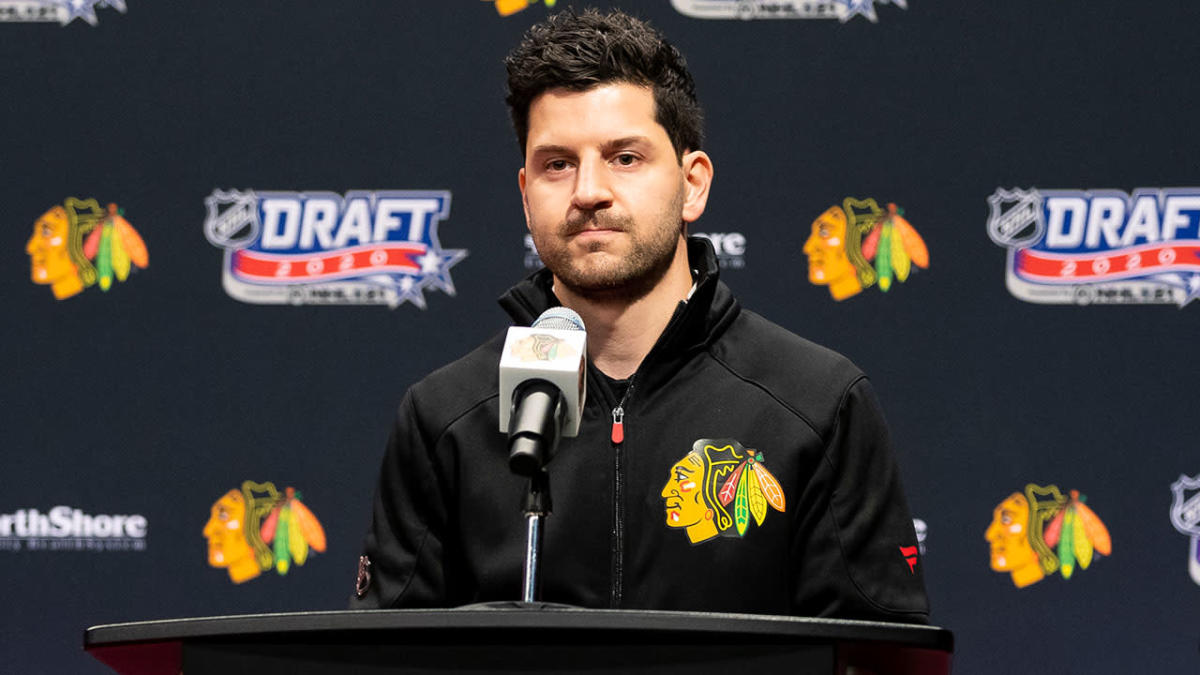 The 2022 NHL Draft is a little less than two months away, and the Blackhawks currently possess eight picks. But none of those are in the first round after the old regime gave it up to Columbus as part of the Seth Jones trade.

The Blackhawks had an opportunity to gain a 2022 first-rounder in the Marc-Andre Fleury trade with Minnesota, but the Wild losing in the opening round of the Stanley Cup Playoffs squashed that possibility because the conditions weren’t met. The Blackhawks needed the Wild to win six more games plus Fleury to account for two more wins.

Even though the Blackhawks don’t have a first-rounder in this year’s draft, that doesn’t mean GM Kyle Davidson isn’t going to try acquiring one. The question is, will he be able to? And at what price?

“Being where we’re at in our trajectory, that’s where the talent is found,” Davidson said. “That’s where we need to bring players in at. So, it’s definitely something we’ll look at. Whether that’s a possibility is a different question, but it’s something I’m definitely interested in.”

The Blackhawks don’t have many players on their roster that would fetch a first-round pick on their own. Alex DeBrincat, Patrick Kane and maybe Connor Murphy are the three that come to mind, but a team would really have to step up for the Blackhawks to consider trading DeBrincat — especially if Brandon Hagel went for a pair of first-rounders and two players — and the only way Kane gets moved is if he requests it himself.

Blackhawks associate GM Norm Maciver is overseeing the entire scouting operation, and his goal is to make sure the management group is prepared for all possibilities when the draft rolls around on July 7 and 8.

“Obviously right now, we don’t have a first-round pick, but we still have to make sure that we have our draft list in order and we have to be ready and prepared for any different scenario that might come our way,” Maciver said. “That’s kind of the way we’re going to approach it. We’re going to approach it as if we do, but we just want to make sure we’re comfortable with the list we have in order, and obviously when it comes our turn to pick, we’ll take the best available player that’s going to help us.”

The good news is, the Blackhawks own two first-round picks in 2023, which is considered to be a strong class, both at the top and depth-wise. That could be a potential franchise-turning draft for the Blackhawks, depending on where they pick.

Flames vs. Oilers: 5 questions about The Battle Of Alberta

'There's no stopping this team': How the Yankees cleaned up their act and became baseball's most dominant squad