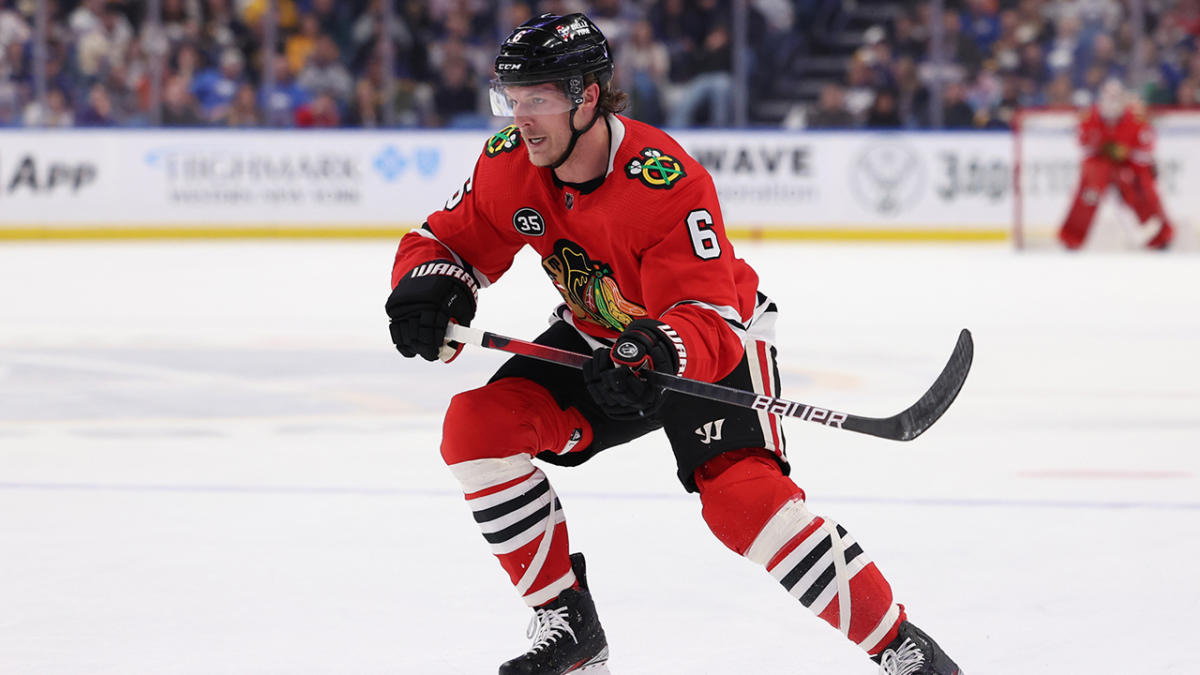 Blackhawks defenseman Jake McCabe underwent cervical spine surgery over the offseason and will miss the start of the 2022-23 season, the team announced Tuesday morning. He is expected to be out 10-12 weeks, which puts him on a timeline to return sometime in late November.

Such a tough break for McCabe, who tore his ACL, MCL and meniscus in February of 2021 as a member of the Buffalo Sabres and spent all of last summer rehabbing before signing a four-year, $16 million contract with the Blackhawks later in July.

I’m told the injury happened a while ago, which helps put the Jack Johnson signing into perspective. The Blackhawks inked the 2022 Stanley Cup champion defenseman to a one-year, $950,000 deal in mid-August for depth purposes, and he’s likely to play some heavier minutes out of the gates as McCabe works his way back from injury.

McCabe, who turns 29 in October, registered 22 points (four goals, 18 assists) in 75 games in his first season with the Blackhawks. He also averaged 20:18 of ice time, which ranked third among team defensemen.

The Blackhawks also announced forward prospect Jalen Luypen will be out 3-4 months after suffering a left rotator cuff injury. He had a breakout 2021-22 campaign in the Western Hockey League, where he recorded 64 points (29 goals, 35 assists) in 66 games for the Edmonton Oil Kings.