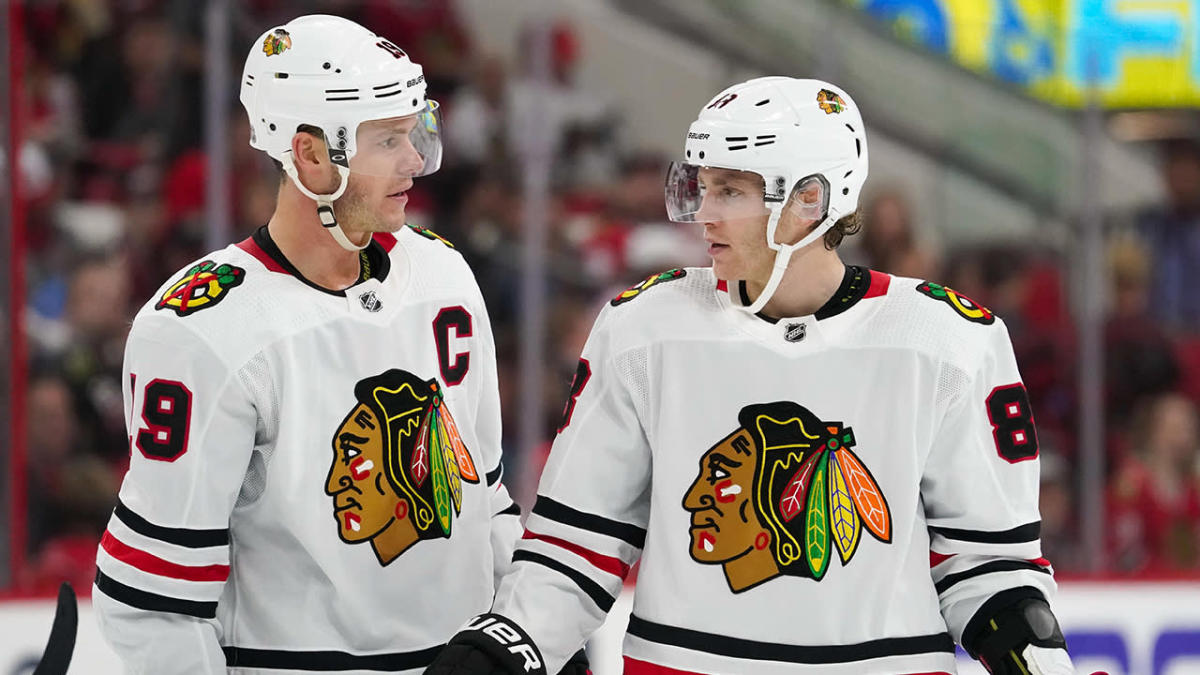 Add one more big name to the long list that congratulated Jonathan Toews for his 1,000th career NHL game on Thursday.

Patrick Kane tweeted out a congratulatory message to Toews following the 4-0 loss against the Florida Panthers.

Congrats to a tremendous teammate, captain and friend on tonightâs 1,000th game milestone. Proud to have been along for the entire ride with you. pic.twitter.com/IKPE7c6x7t

“Congrats to a tremendous teammate, captain and friend on tonight’s 1,000th game milestone,” Kane wrote. “Proud to have been along for the entire ride with you.”

The duo have been on an incredible journey together since 2007 when they each became significant parts of the Hawks’ rebuild and eventually started a Golden Age of Hockey in Chicago. Toews was selected third overall by the Hawks in the 2006 NHL Draft and Kane was drafted first overall in 2007. Together, they helped lead the team to three Stanley Cup Championships (2010, 2013, 2015).

The Blackhawks took a big 6-1 loss to the Dallas Stars on Kane’s milestone night and were scoreless in Thursday’s game against the Panthers on Toews’ night.

“I’m very grateful to make it to this point,” said Toews after the loss. “Mostly, I just want to share that appreciation with my teammates… They were very good at giving me all the recognition and putting me on the spot with with all of that. It was a special game, win or lose.”

Kane recently celebrated another milestone when he officially became the second all-time franchise leader with 1,154 career points. Kane set up Toews for a goal in the second period against the Ottawa Senators and recorded an assist, putting Bobby Hull in third place with 1,153 points.

Toews will play in his 1,001st game Friday versus the Tampa Bay Lightning at Amalie Arena.