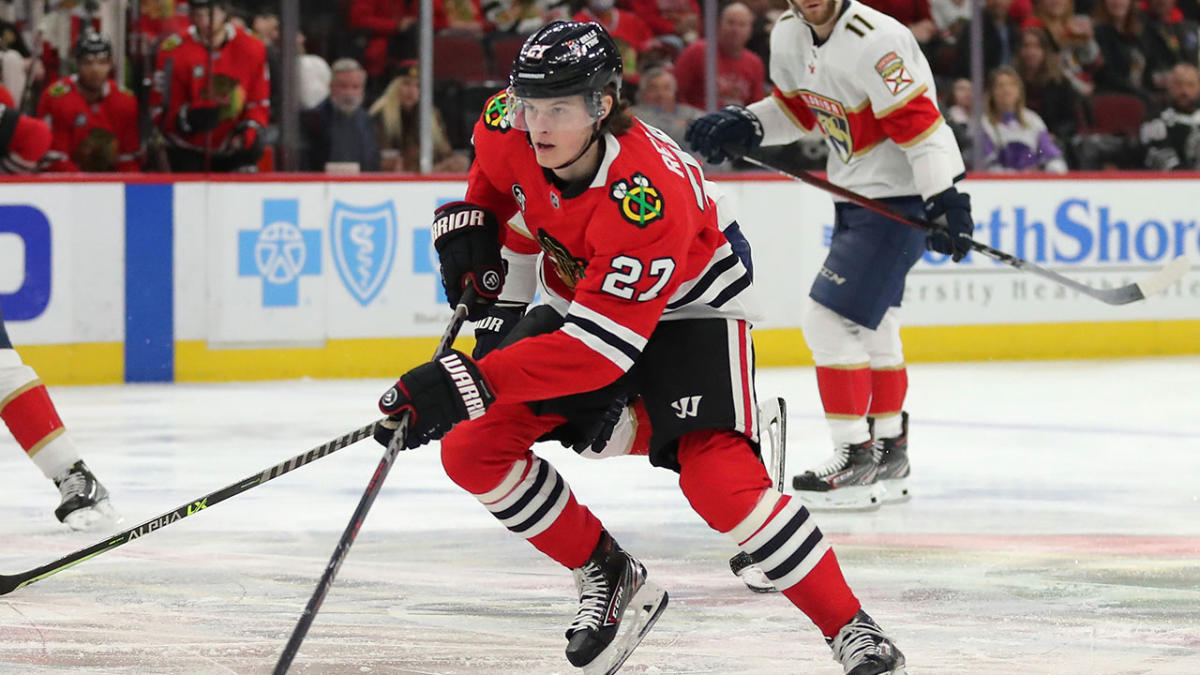 Reichel: ‘My goal is to play full time in the NHL this season’ originally appeared on NBC Sports Chicago

NHL training camps officially open next week, and Blackhawks top prospect Lukas Reichel has his eyes set on one thing and one thing only going into the 2022-23 season.

“My goal is to play full time in the NHL this season,” Reichel said on Wednesday ahead of the 2022 Tom Kurvers Prospect Showcase.

Reichel, 20, spent the majority of last season with the Rockford IceHogs of the American Hockey League, where he led the team in goals (21), assists (36) and points (57) in 56 games. He also added two goals in five postseason contests.

Reichel struggled to carry over that production to the NHL level after recording only one point in 11 games during three different stints, but he wasn’t logging nearly the same top-six minutes or first power-play unit opportunities that he was getting in Rockford. That should change this season after the Blackhawks traded Alex DeBrincat and Kirby Dach and moved on from Dylan Strome.

If Reichel does secure a full-time roster spot, expect him to play a lot with Patrick Kane. They’re both puck possession-type players and like to use their speed in transition.

A big emphasis for Reichel over the summer was to pack on some muscle while maintaining his quickness. He credited Blackhawks strength and conditioning coach Paul Goodman for getting him up to 185 pounds after playing at 170 last season, and Reichel already notices a difference on the ice.

Last season was also probably a whirlwind off the ice for Reichel, who played his first full season in North America and did so as a teenager. New lifestyle, new environment, you name it.

It’s a much different feeling for him one year later.