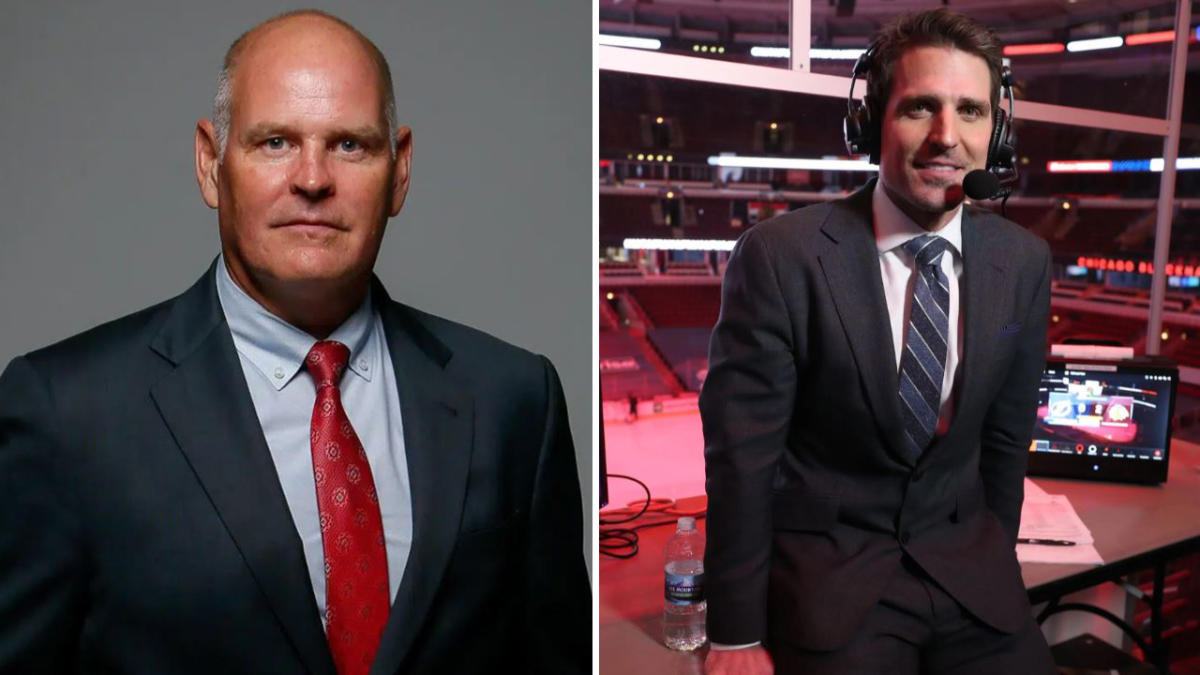 The Blackhawks have tabbed Troy Murray and Patrick Sharp to be their television color analysts on NBC Sports Chicago for the 2022-23 season, the team announced Thursday morning.

Murray has been the organization’s longtime radio color analyst and is expected to continue that role for games when he’s not on television. He played 12 of his 15 seasons with the Blackhawks, who selected the former Selke Trophy winner in the third round (No. 57 overall) of the 1980 NHL Draft.

Sharp doesn’t need much of an introduction, either. He’s a fan favorite in Chicago, where he won three Stanley Cups as an alternate captain and has been a part of the pre- and post-game shows over the years, as well as a fill-in broadcaster.

Murray and Sharp will share the color analyst duties alongside new play-by-play announcer Chris Vosters after Eddie Olczyk left the organization following 16 years to become the lead TV color analyst for the Seattle Kraken and Pat Foley retired following 39 years as the voice of the Blackhawks.

The Blackhawks are in the beginning stages of a full-scale rebuild, and Murray and Sharp are two perfect voices to help guide Chicago fans through it.

The Blackhawks also announced that John Wiedeman will return for his 17th season as the lead play-by-play announcer for WGN Radio, and Caley Chelios and Colby Cohen will be back for their second seasons as well. Chelios is expected to be a contributor on both the radio and TV broadcasts, while Cohen will be between the benches for Blackhawks telecasts.

In addition, the Blackhawks have partnered with Univision for Spanish radio for the eighth consecutive season. All home games will air on Univision TDUN Chicago radio, with Miguel Esparza and Jorge Moreno on the calls.

The Blackhawks are expected to announce a complete broadcast schedule at a later date.