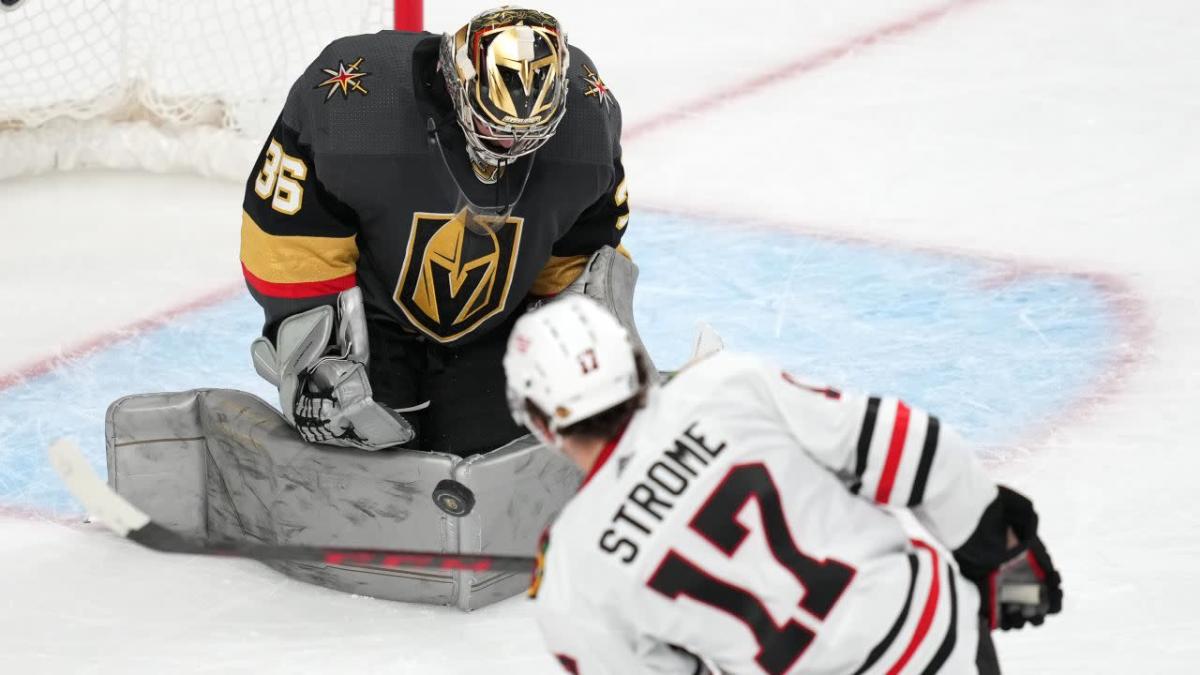 LAS VEGAS — It would’ve been easy for the Blackhawks to feel demoralized after Monday’s trade deadline that saw Ryan Carpenter, Marc-Andre Fleury and Brandon Hagel change sweaters. But that’s not what happened.

The Blackhawks came out and competed hard against Anaheim, where they looked like the better team and won 4-2. They then found a way to steal a shootout win 24 hours later against Los Angeles, which controlled the play for the majority of the game, before wrapping up the three-game swing with a point in Vegas.

Saturday’s 5-4 overtime loss to the Golden Knights, however, left the Blackhawks feeling a little divided. On one hand, picking up five of six points qualifies as a successful road trip. On the other, the Blackhawks were on the verge of winning three straight for the first time since January but squandered a 3-0 lead in the third period and lost in extras.

“Anytime you give up a three-goal lead in the third period, it’s obviously not good,” said Dylan Strome, who scored his 10th goal in the month of March. “They just rolled the momentum there and we couldn’t stop it. We made it 4-3 and we had some good shifts and then they score right after.

“You have to take the positives. Good road trip, five out of six points, so look at the positives and we’ll just move on to Monday.”

The Golden Knights scored two goals in 59 seconds at the beginning of the third period, which forced interim head coach Derek King to call a timeout. He needed to calm down his bench because when T-Mobile Arena gets rocking, there might not be a louder rink in the league.

“It was more or less come back in our D-zone and stop it in the house,” King said when asked what he told the team during the timeout. “We were swinging it a little bit and they were coming right through the gut. Opportunity after opportunity, chances on net.”

The Blackhawks failed to weather the storm after the timeout, though, and gave up the game-tying goal just 53 seconds later. Three goals in 1:53, tie game, just like that.

“Momentum is a crazy thing,” Strome said. “That happens sometimes.”

Credit to the Blackhawks for pushing back by scoring the next goal. It was short-lived, however, after Alex Pietrangelo tied it back up 47 seconds later.

And then in overtime, Evgenii Dadonov — who everyone thought was traded to Anaheim before the NHL invalidated the deal —  scored the winner to give Vegas a much-needed victory as they fight for their playoff lives. It was the first time in franchise history the Golden Knights overcame a three-goal deficit in the third period and won.

“A very entertaining game,” King said. “Most of the games our fans would like to see – not so much as a coach. Third period, they score that first goal and we just kind of dropped off, just kind of stopped and watched, and they pushed and pushed. Still felt we could’ve won the game.

After trying to trade him, Golden Knights getting bailed out by Evgenii Dadonov