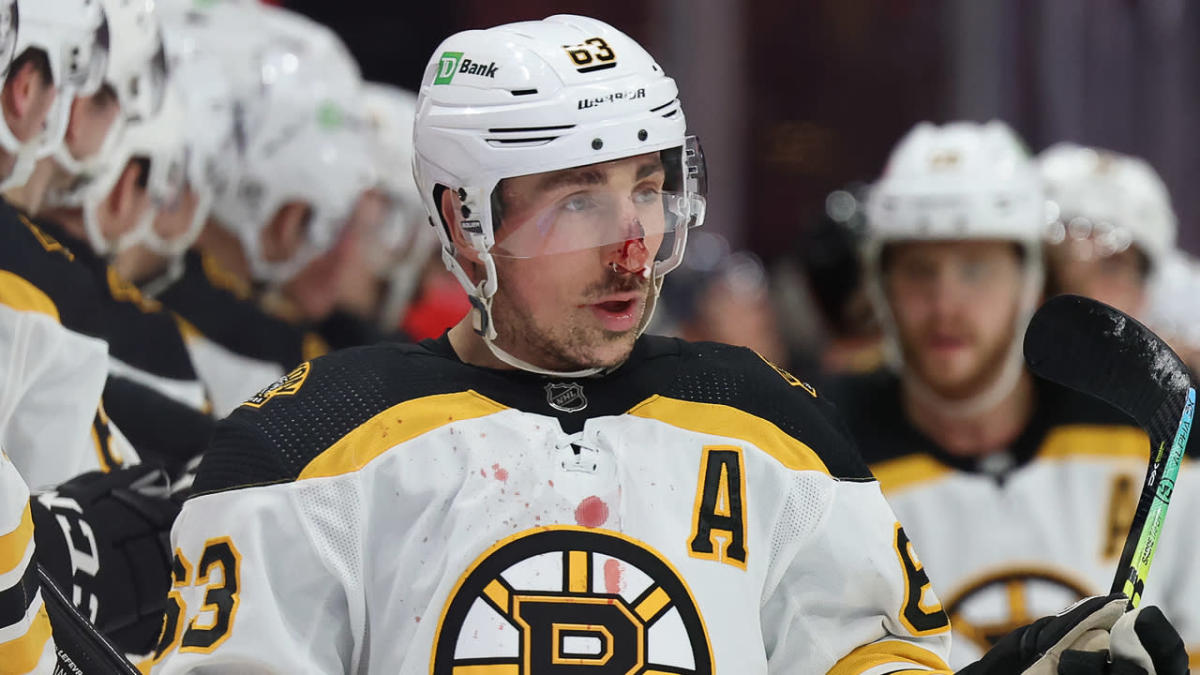 The Capitals led the Bruins by two in the first period at Capital One Arena before allowing Boston to score six unanswered goals en route to a 7-3 B’s rout.

Brad Marchand played a key role in the onslaught by tallying a pair of goals and an assist — all of which came after he took a vicious high stick to the face.

NHL Rumors: Could Lawson Crouse be a trade deadline target for B’s?

Capitals forward Nic Dowd caught Marchand’s nose with a hard swipe of the stick that caused Marchand to gush blood as a trainer attempted to patch him up.

But after a little repair work, Marchand was right back on the ice for a four-minute Bruins power play. He made the most of it.

First, Marchand hit David Pastrnak on a beautiful cross-zone pass to set up Boston’s first goal of the night.

Less than a minute later, Marchand took matters into his own hands, sniping a shot from the right point to tie the score at 2-2.

That’s two points in under 60 seconds after a massive nosebleed. Quite the response from the Nose Face Killah.

The B’s poured in five more goals from that point on — including one more from Marchand in the third period — and head coach Bruce Cassidy suggested the efforts of his bloodied forward may have contributed to the onslaught.

“He’s a competitive guy when he puts his skates on, and I think it demoralizes the other team a little bit,” Cassidy said after the game.

The Bruins have now won five of their last six and will look to keep that momentum going Wednesday night against the rival Montreal Canadiens.