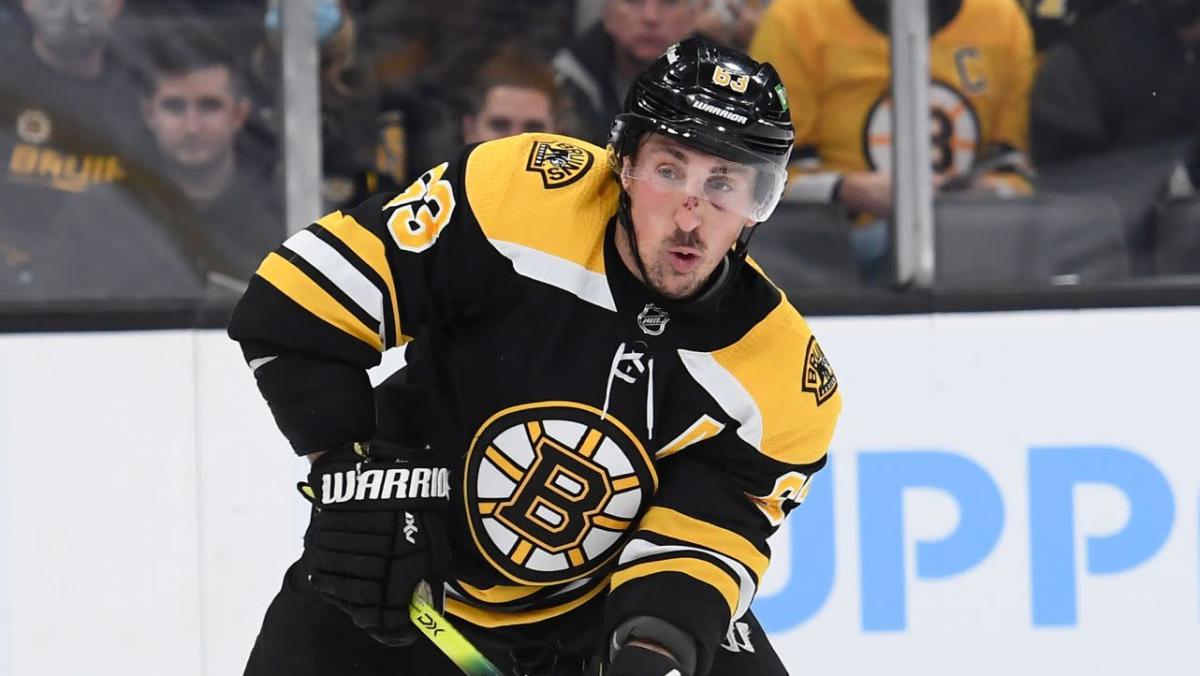 Boston Bruins winger Brad Marchand has been speaking his mind on social media over the last couple weeks, and the Arizona Coyotes were his latest victim Thursday night.

Marchand responded to a tweet about the Coyotes potentially playing in a 5,000-seat stadium next season as they search for a permanent arena.

The Bruins star joked about the team’s attendance.

Marchand will probably get plenty of boos from Coyotes fans when the Bruins continue their road trip at Gila River Arena on Friday night.

This isn’t the only funny tweet Marchand has fired off lately. He’s taken aim at the Carolina Hurricanes, Edmonton Oilers fans and others.

Why is Marchand all of a sudden being more active on social media and been more willing to take shots at different teams and players? Is there any other motive here besides Marchand just trying to be more engaging?

Sportsnet’s Elliotte Friedman had some interesting comments on this subject during an episode of his “32 Thoughts” podcast with colleague Jeff Marek that was posted Jan. 21.

“I don’t have the (Marchand escrow tweet at the Hurricanes) in front of me, but someone asked me to explain what Marchand meant there,” Friedman said. “Basically what has happened is Marchand is taking a shot at the Hurricanes for not being a high-revenue team, like, say, the Bruins are. He’s saying that one of the reasons the players owe money is because teams like the Hurricanes don’t make enough money. That’s a real shot at them.

“To give you an idea — there’s been a few times over the years when labor relations between the league and the players have really been at their low, where people will go into wild conspiracy theories like this one: The NHL only keeps a team in Arizona to keep the salary cap down. Which I think is insane and I don’t believe that for a second. I think the commissioner is committed to the market and out of (Gary Bettman’s) cold hands is he going to let Arizona go anywhere. It’s the absolute last-case scenario for him. But that’s the way in moments of extreme disappointment about labor have people occasionally said things.”

Friedman also added: “The other thing, too, is — I wonder how many players are seeing Marchand doing this stuff, especially with the Olympics, and are encouraging him to keep doing it because he’s less afraid than I think a lot of other players are. I had a couple guys tell me they think the Olympics issue, in particular — and some players who were supposed to go to the Olympics didn’t want to play in the All-Star Game.

“They thought if they weren’t allowed to play in one, they shouldn’t have to go to the other. I’m getting told the Olympics has ripped open a lot of wounds among the players and why they felt they weren’t guaranteed to go. They think this has long-term ramifications for the NHLPA. Basically, we’re in talks now about what’s going to be the succession plan for (NHLPA president) Donald Fehr and there’s always a battle from time to time for players to be interested in this, at times they get criticized for not caring enough about this kind of thing. Someone told me the Olympics and what Marchand is doing is the tipping point of how a lot of players feel this was handled. They said to me it’s a story you have to be watching.”

(The Marchand conversation starts around the 39:10 mark in the player below.)

Friedman’s take is pretty interesting. Perhaps Marchand is voicing a lot of the players’ concerns that will surely come up when the next round of CBA negotiations take place.

Marchand has been, at least up until this point, the most outspoken player in regards to NHL players not going to the Olympics. He’s had scathing criticism for the league on multiple occasions since the announcement was made in December.

It’s more personal for Marchand because at 33 years old he might not get another chance to play in the Olympics. He’s never competed in that tournament.

We might never know why Marchand is being more active on social media, but hopefully he keeps it up. He’s made the league more entertaining.