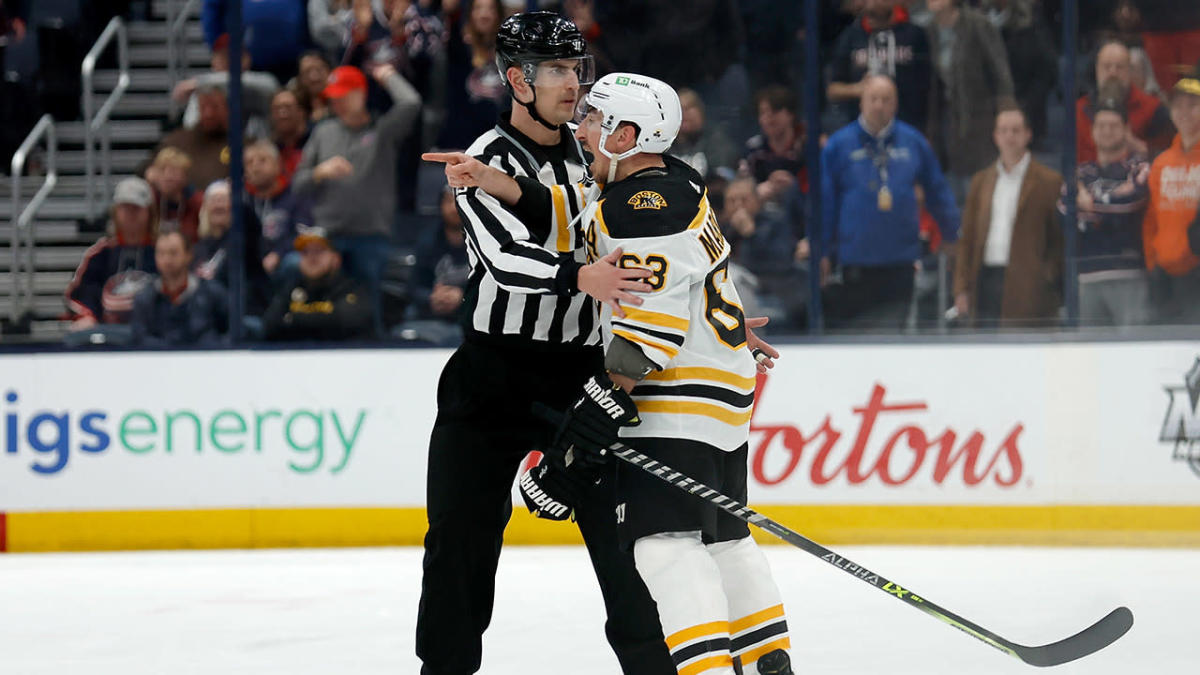 Stop us if you’ve heard this before: An opponent took issue with Brad Marchand‘s actions Monday night.

The Boston Bruins winger, less than two months removed from his six-game suspension for an incident with Pittsburgh Penguins goaltender Tristan Jarry, drew the ire of the Blue Jackets in the first period Monday when he leveled Columbus defenseman Andrew Peeke near the boards.

Marchand wasn’t assessed a penalty for the hit, and while Peeke laid on the ice, Bruins defenseman Charlie McAvoy found a streaking Jake DeBrusk for a breakaway goal.

Peeke eventually got up and continued playing, but he wasn’t a fan of Marchand’s hit.

“It’s hard to see one of your guys down, and I’ll leave it like that,” Larsen said, via The Athletic’s Aaron Portzline.

Peeke exacted his revenge soon after, sparking a mini-brawl by punching Marchand from behind.

The Blue Jackets’ biggest gripe may have been with the officials, however.

Columbus forward Jakub Voracek lashed out at the refs after DeBrusk’s goal, claiming they should have stopped play with Peeke unmoving on the ice. Voracek earned a 10-minute game misconduct for his outburst.

“Sometimes … they just blow it right away,” Voracek said. “And now, especially when we’re trying to get the head issues or head injuries out of the game, you have a motionless player laying on the ice for a long time and you just let it run out? I mean, for me, that’s inexcusable.

“That’s why I was so mad because I was worried about Peeker. He hadn’t moved at that time.”

“I know the rule for injuries is you have to have possession, or whatever, but I think the job is to protect the players,” Werenski said. “When a guy is down like that, not really moving, I think the play should be blown dead no matter what the circumstances are.”

“The rule is the rule, I guess, and we don’t have possession, so they can’t call it. I still think it should be a penalty.”

The game remained chippy after Marchand’s hit, but the Bruins emerged with a 3-2 victory when DeBrusk potted his second goal of the night in overtime.

Marchand likely won’t hear from the NHL Department of Player Safety after a hit that wasn’t penalized, but he should be wary of crossing the line and earning another suspension as Boston makes its playoff push.