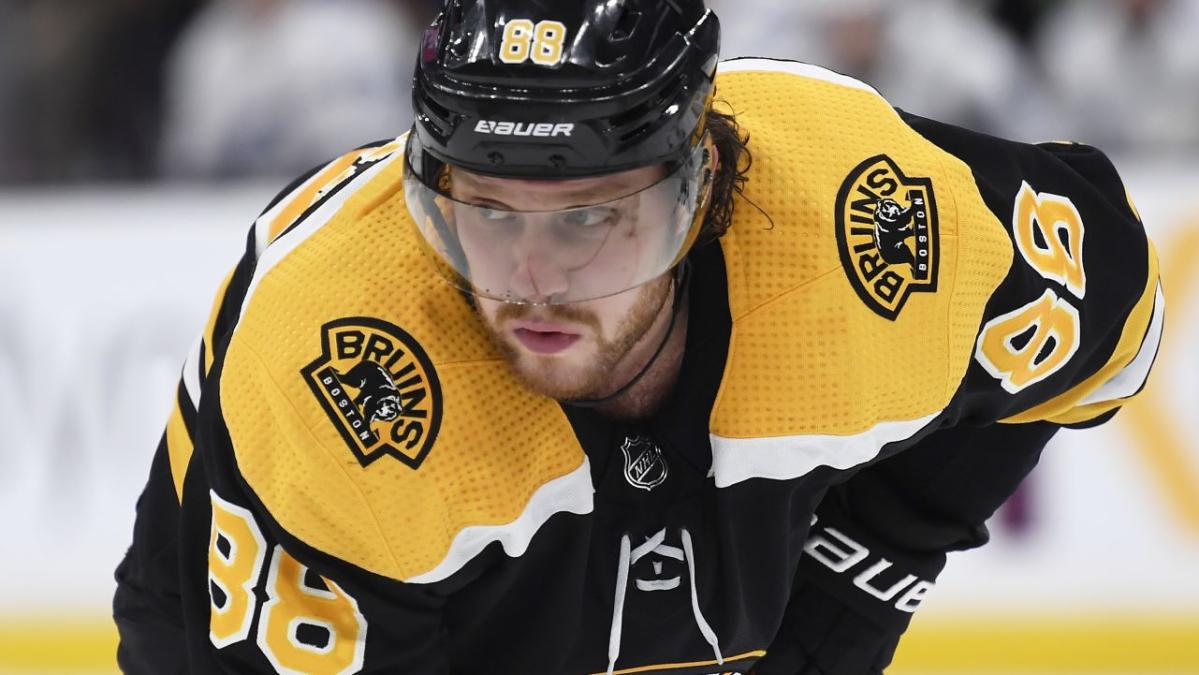 David Pastrnak still doesn’t have a contract beyond the upcoming 2022-23 NHL season, but the Boston Bruins star is optimistic that the two sides will find common ground on a new deal at some point.

“Yeah, of course,” Pastrnak told reporters at Warrior Ice Arena on Friday. “This city is where I got the chance to become the player I am — become the human being I am. … I came here as a kid and now I’m a man. I’m extremely happy, lots of great memories. I’ve said many times, I love it here, and it’s an honor to wear this jersey.”

Is Pastrnak’s No. 1 priority to remain in Boston?

“Yeah, obviously we love it here. This is our home,” Pastrnak said. “This is where I became a man. I’ve spent unbelievable years with Rebecca and we are really happy here. Obviously, my focus moving forward is to be ready for Game 1 (of the regular season). We’re going to be missing some key players and I know I have to be on my game from the get-go. That’s my biggest focus. I just got back here yesterday and settling back in from the summer. I can’t wait to get going and play some hockey.”

TSN’s Darren Dreger reported Friday “the two sides are talking” but that “nothing (is) close yet.”

Pastrnak is entering the final year of a six-year, $40 million contract that began in 2017-18, which carries a salary cap hit of $6.67 million. It’s been one of the most team-friendly deals in the league given Pastrnak’s excellent offensive production.

The 26-year-old right winger led the team with 40 goals in 70 games last season. He has hit the 40-goal mark twice in his career, and he’s the only Bruins player to reach it since Glen Murray in 2002-03. Pastrnak has averaged 35.8 goals scored over the last six seasons, and only five players in the league have scored more than him over the last three years.

A contract with an annual average value (AAV) between $9-10 million would be fair for both sides. Charlie McAvoy currently has the highest AAV on the B’s at $9.5 million. The Bruins are the only team that can offer Pastrnak an eight-year deal. If Pastrnak hits free agency next summer, the longest contract he can sign would be for seven seasons.