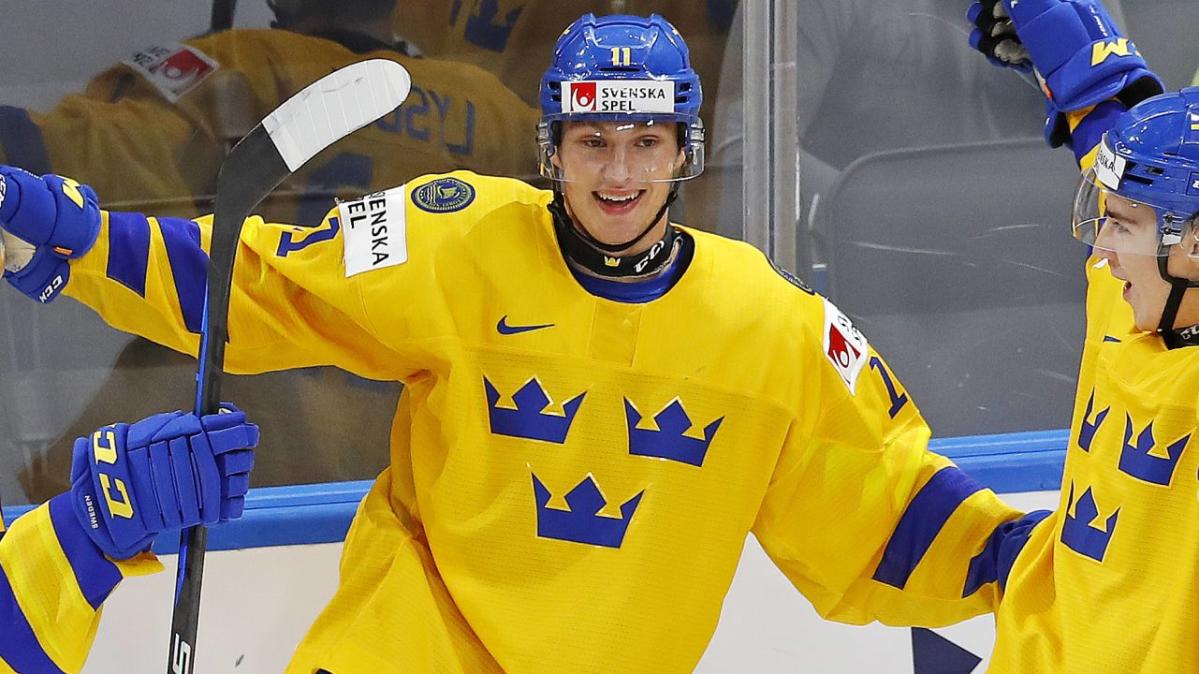 Boston Bruins fans are very excited about what top prospect Fabian Lysell could potentially bring to the NHL club during the 2022-23 season, and they got another look at his exciting talent Wednesday at the team’s first rookie camp practice.

Lysell’s speed and skill were on full display in drills.

The 2021 first-round draft pick is coming off a phenomenal season for the WHL’s Vancouver Giants in which he tallied 62 points (22 goals, 40 assists) in 53 games.

It’s possible that Lysell could play in the NHL for an extended time period this coming season, whether that’s to begin the year or later in the campaign. The Bruins will be without left winger Brad Marchand for at least the first month of the season as he recovers from offseason hip surgery. The Bruins will need an injection of offensive skill without Marchand — who’s led the team in scoring five of the last six seasons — and Lysell is best equipped among the team’s newcomers to provide that.

Everyone who’s watched Lysell knows he plays with tremendous speed, he has a great shot and his playmaking skill creates scoring chances for himself and teammates. But to carve out a meaningful role in Boston, you can’t be a liability defensively. You don’t have to be a Patrice Bergeron-level 200-foot player, but the defensive end can’t be a huge problem, either.

Lysell is fully aware that he’s in a pretty good place, with so many impressive two-way forwards on the roster, to become a more well-rounded player early in his career.

“I definitely think that you’re always trying to use your strengths as your advantage,” Lysell said told reporters Wednesday. “I’m here for my skill set with speed and creating chances and all that. But I also want to be able to work on my all-around game.

“I think it’s definitely one of the best spots you can be in to learn and grow throughout the process here. I’m just trying to take it day by day. I’m looking forward to playing the rookie tournament this weekend.”

ð¥ Fabian Lysell on learning from last year’s #NHLBruins training camp: “I definitely think it helped just being around here and seeing how the pros work every day…I had that experience last year so I’m a little more familiar too with what it’s all about.” pic.twitter.com/IgQ7GfhGCT

It’s easy to forget Lysell has only played one season in North America — last year with the WHL’s Giants. He’s never played in a professional North American league, such as the AHL or NHL, so there might be an adjustment for him early in the season wherever he plays. The speed and physicality of those two leagues will be greater than what he’s typically played against.

“I would say it’s a different game. It’s more straightforward,” Lysell said about his first season in North America. “Even though it was juniors, it was more straightforward, physical, and all that. So I think it was a time of adjustment. But at the same time, I feel like you kind of get adjusted over time and you don’t really try to think about it too much. You just go out there and play every game. I felt like, especially at the end of the year, it was better than the beginning.”

Lysell’s next game action will be Friday when the Bruins open their 2022 Prospects Challenge schedule against the Ottawa Senators. After that tournament concludes, it will be time for training camp, where Lysell will be one of the most watched players on the ice. It’s been a while since the B’s had a forward prospect with this much talent and potential compete for ice time early in the season.

Ezekiel Elliott to Cowboys: 'Keep feeding me the ball!' | THE CARTON SHOW

Dray's miscalculation about the media