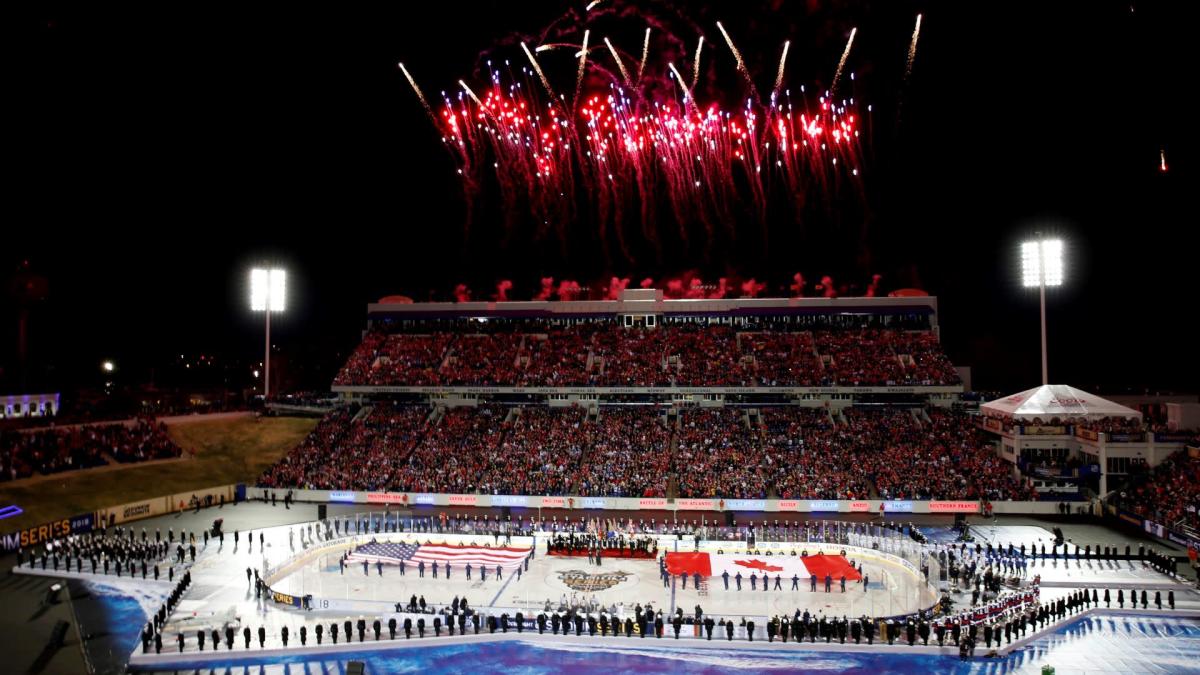 The Capitals will face the Carolina Hurricanes at Carter-Finley Stadium on Feb. 18, 2023 in the 2023 NHL Stadium Series, the league announced Thursday. The game will be Washington’s fourth outdoor game after playing in two Winter Classics and one Stadium Series previously.

“We are pleased to be selected to participate in our fourth outdoor game next season versus the Carolina Hurricanes in the 2023 Navy Federal Credit Union NHL Stadium Series,” said Capitals president Dick Patrick. “Having previously participated in the 2018 Stadium Series in Annapolis, Maryland, we know the amazing atmosphere the event provides and are excited to perform on the national stage in such a marquee event. We look forward to working with the league and Carolina Hurricanes to offer hockey fans an incredible outdoor experience next February.”

The proximity between the Caps and Hurricanes always set up well for a rivalry between these two teams, but one never really kindled until the two teams met in the Stanley Cup playoffs in 2019.

That series went seven games, saw T.J. Oshie suffer a broken collar bone after a questionable hit from Warren Foegele and had Alex Ovechkin knock out Andrei Svechnikov in a fight. It was ultimately decided in double overtime of Game 7 as ex-Capital Justin Williams set up Brock McGinn for the series-winning tally.

The two teams have been rivals ever since and the NHL will now take advantage by featuring them in one of its annual showcase events.

The Caps have not played an outdoor game since 2018 when they played in the Stadium Series at the Naval Academy against the Toronto Maple Leafs. Like in 2018, next year’s outdoor game will also take them to a college stadium, Carter-Finley, the home of the North Carolina State Wolfpack. The stadium is conveniently located just across the parking lot from the Hurricanes PNC Arena in Raleigh.

Washington is undefeated in outdoor games, going a perfect 3-0-0 with wins over the Pittsburgh Penguins at Heinz Field in 2011, the Chicago Blackhawks at Nationals Park in 2015 and that Maple Leafs game at Navy-Marine Corps Memorial Stadium in 2018.