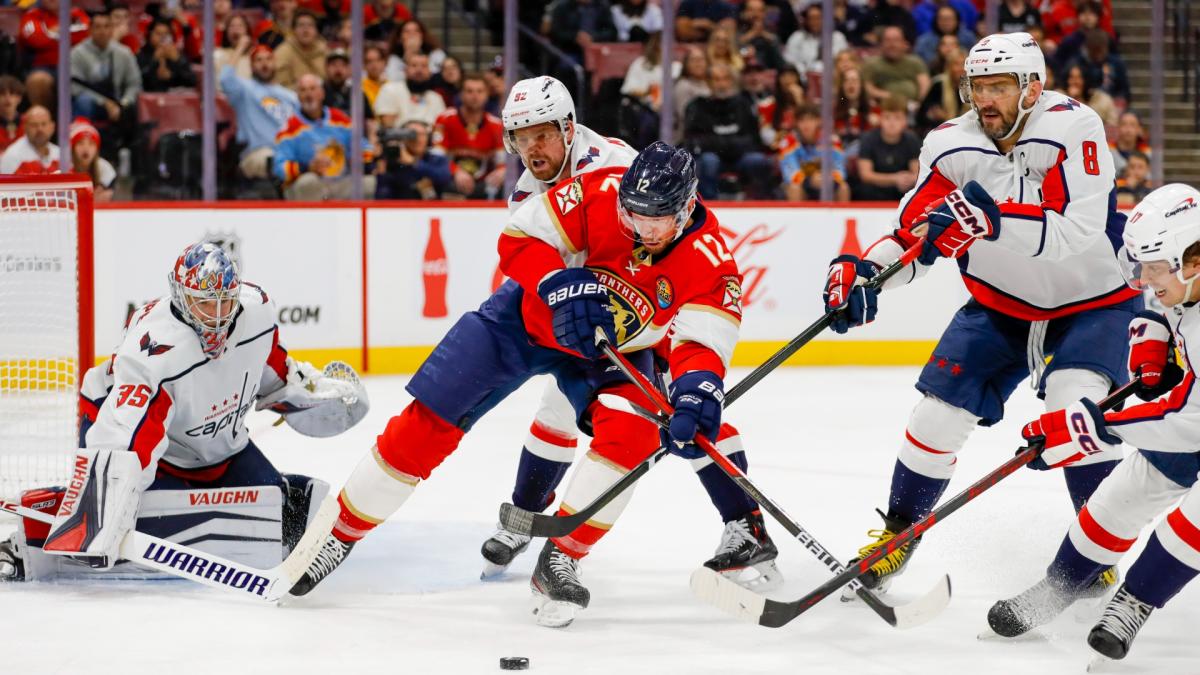 The Florida Panthers put the Capitals on their heels and never let up Tuesday night, defending their home ice in a 5-2 decision that handed Washington its second-straight defeat.

After falling to Florida (9-6-1) in the first round of last season’s Stanley Cup Playoffs, the Capitals (7-9-2) were unable to enact their revenge. They attempted to play up to the Panthers’ aggressive style of pushing the puck up the ice and appeared to start wearing them down in the third period, but opportunistic scoring kept Florida in front.

Capitals goalie Darcy Kuemper played just as well as his counterpart Sergei Bobrovsky on the other end of the ice. It just wasn’t enough to avoid being tagged with the loss as Washington couldn’t provide enough run support.

Here are three takeaways from the Capitals’ loss to the Panthers.

On Nov. 7, the Capitals scored four power-play goals in a 5-4 win over the Edmonton Oilers. They have gone 0-for-21 since, more than doubling up their previous longest power-play drought of the season after beginning the year 0-for-9.

Washington generated plenty of chances Tuesday, firing off 14 shots on goal across 10 of ice time on the power play. Yet, as has been a consistent theme for the offense, the Capitals struggled to finish plays even on a night when Bobrovsky looked shaky at times.

They’ve endured this skid despite getting defenseman John Carlson back in Friday’s game against the Tampa Bay Lightning. Carlson reprised his role of playing the point on the top power-play unit, knocking defenseman Erik Gustafsson down to the second unit.

While Carlson’s strong passing has set up many Alex Ovechkin one-timers over the years, the duo hasn’t made the connection well enough to find the back of the net since he came off Injured Reserve.

The Capitals’ first goal of the night came off the stick of Dylan Strome during a 4-on-4 situation in the second period. Strome received a pass from winger Joe Snively as he entered the zone and found a window, firing a shot from just above the left circle to beat Bobrovsky short side.

It was Washington’s first 4-on-4 goal of the season and the fifth tally overall Strome has scored in a Capitals uniform. He finished the game with 13 points on the year, tied with fellow center Evgeny Kuznetsov for second most on the team.

Though the Capitals couldn’t break through on the power play, they did score a goal with a man advantage when a delayed penalty allowed them to pull Kuemper midway through the third period. Gustafsson fired a perfect pass to Carlson in the low slot and he tapped it past Bobrovsky to make it 3-2.

Kuemper keeps Capitals in it

Another night, another game in which Darcy Kuemper did everything within his power to keep the Capitals within striking distance. Washington’s skaters were unable to prevent Florida from applying consistent pressure on Kuemper, firing 43 shots with 15 high-danger chances.

Center Aleksander Barkov opened the scoring with a wide-open shot from the slot.

Kuemper then settled in, making several impressive saves as he pushed the game into the first intermission with the score still locked at 1-0. However, while on the penalty kill early in the second, he blocked a high shot that popped up for center Sam Reinhart to bat out of the air.

The Capitals appeared to be grabbing the momentum early in the third, scoring late in the second and opening the final frame with an 8-1 advantage in shots on goal.

But when Florida did get the puck in the offensive zone, it took advantage of a Washington mistake. The Capitals left center Nick Cousins all alone by the post and he used the space to reach around Kuemper for the goal to make it 3-1.

After the Capitals made it 3-2, center Carter Verhaeghe enacted more damage against them after he totaled six goals and six assists in their playoff series last season. He helped Florida pull away with two third-period goals including an empty netter and one where a defensive mistake left him open to scoop up a loose puck in front of the crease.

Washington will look to snap its two-game losing streak Thursday with a bout against the scuffling St. Louis Blues (6-8-0).

Jesper Bratt with a Goal vs. Montreal Canadiens

a Goalie Save from Buffalo Sabres vs. Vancouver Canucks