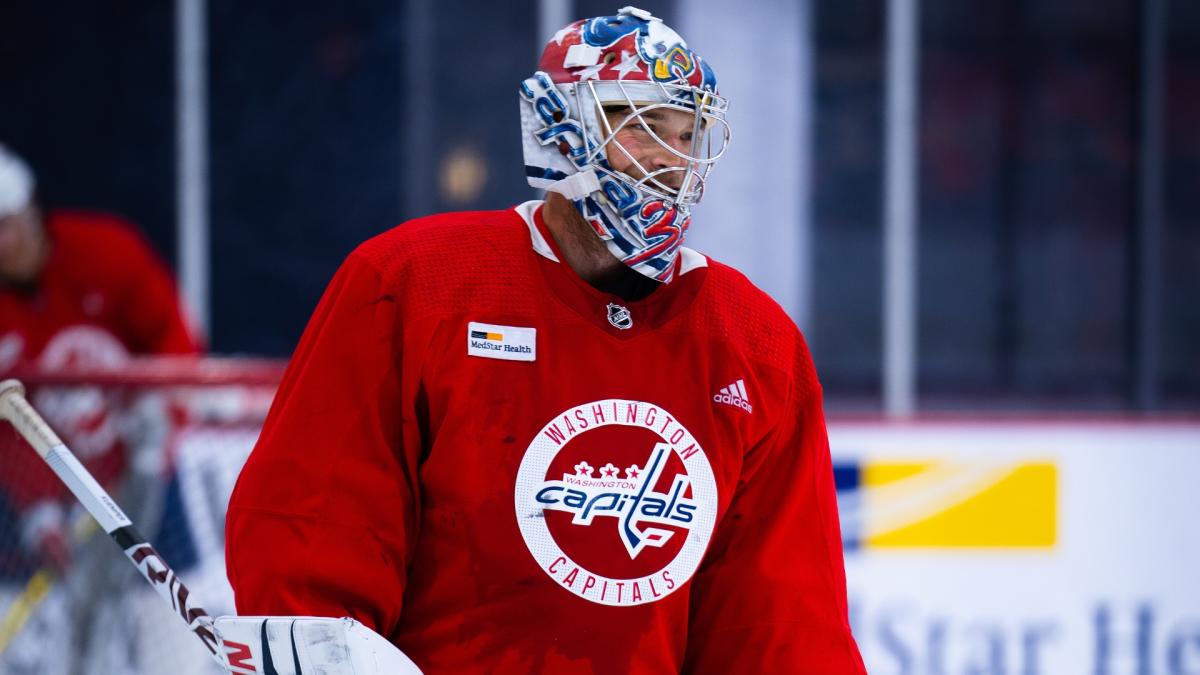 The Capitals were one of only two teams in the NHL to trot multiple goalies out for 40 games each in 2021-22, giving both Ilya Samsonov (44 games, .896 SV%) and Vitek Vanecek (42 games, .908 SV%) ample opportunities to seize the starting job. It was the second-straight season the two young goaltenders shared the crease and the second-straight season neither of them showed enough consistency to own it.

Rather than give the duo another go, Capitals GM Brian MacLellan decided he couldn’t wait anymore. He began the summer by trading Vanecek to the New Jersey Devils and allowing Samsonov, a former first-round pick, to walk in free agency. Those decisions paved the way for MacLellan to make his big splash in free agency: signing Darcy Kuemper.

Kuemper signed a five-year, $26.25 million contract to join a veteran-laden Capitals team in its quest to win another Stanley Cup title. The 32-year-old won a championship of his own as the top option in net for the Colorado Avalanche last season. Over the last five seasons, his .921 save percentage and 2.43 GAA rank first among active goalies with at least 150 games played.

Though he has had some nagging injury issues, there’s no denying Kuemper has been one of the best goalies in hockey when on the ice. His addition, while coming at the expense of a pair of promising players in Samsonov and Vanecek, has given the Capitals the most certainty they’ve had between the pipes since Braden Holtby was competing for Vezina Trophies.

“I think we know what Darcy is and what he’s done and what he’s accomplished,” GM Brian MacLellan told reporters Thursday as training camp opened. “If you’re making a list going into free agency, you’d want the Cup, the experience, he’s got size, he’s got a track record, he’s played in different types of teams, too — championship-quality teams and non-playoff teams. So he’s got a wealth of experience that I think we’re all gonna benefit from.”

With Kuemper handling a lion’s share of the starts and fellow free-agent signing Charlie Lindgren slated to back him up, the Capitals have joined most of the NHL in hinging their success on the play of a workhorse goalie.

“I’m not surprised how it played out,” center Lars Eller said. “I think most teams have a real, true No. 1 and then they have a backup — and that shows in the salaries, too. That’s how most teams built their goalie tandem. We had a situation over the last [two seasons] with Sammy and Vitek where they were both battling out for that No. 1…I think they could have bright careers in front of them and they’re gonna keep growing. They’re both still young goaltenders and, at the same time, I understand why the team did what they did.”

Both Samsonov, 25, and Vanecek, 26, showed potential at times. They each won a game in the Capitals’ first-round playoff series against the Florida Panthers and enjoyed stretches of success that gave Washington hope they would establish themselves as reliable goalies. But whether it was injuries or inconsistency, neither gained much separation in their ongoing competition.

Building around a core of players that weren’t getting any younger or healthier, MacLellan recognized that the team couldn’t afford to keep waiting for one of them to reach their potential. Instead, they used the precious cap space they had available to sign Kuemper and gain some much-needed security at hockey’s most important position.

“His track record speaks for himself and then what he’s capable of,” defenseman John Carlson said. “I think those two guys did a great job with the situation. I don’t think that’s probably the most ideal situation, but they both did great with it. I think it’s a lot more normal to be like this and lean on one guy and alter the playing time from more of a health and wellness perspective than going back and forth.”