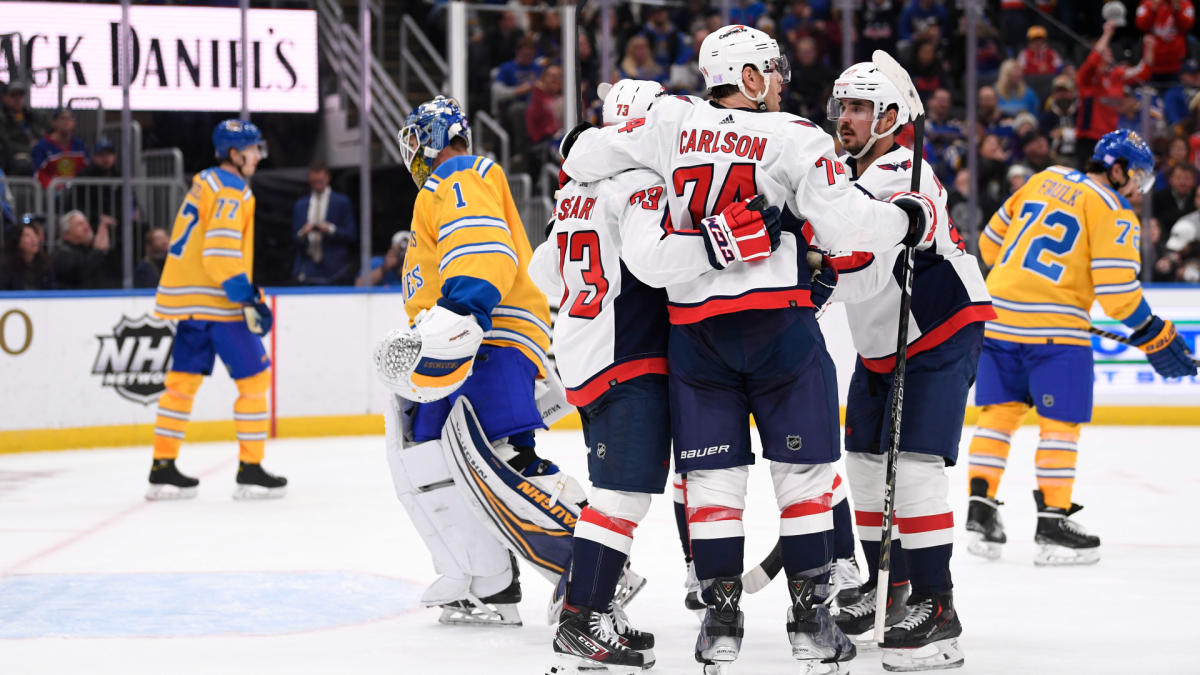 John Carlson played the 900th game of his NHL career Thursday, just three days before the 13th anniversary of his debut with the Capitals in 2009. Though it ended with a 5-4 shootout win in favor of the St. Louis Blues, Carlson scored two goals to help Washington mount a late comeback and earn a point toward the standings.

By appearing in his 900th game, Carlson became the 16th active defenseman and 170th blue-liner in NHL history to achieve the feat. He tallied only eight multi-goal outings over his first 899 games but brought the offense to St. Louis for No. 900.

Carlson’s first of the night came on a Blues power play, when a turnover created a 2-on-1 rush that Carlson took care of all on his own. After the Capitals had fallen behind 3-0 in the first period, the defenseman’s goal pulled them to within one.

Despite the Blues scoring another goal to add some insurance, Carlson wasn’t done there. With less than five minutes to play, he received a pass from just above the left circle and fired a one-timer to beat Blues goaltender Thomas Greiss.

Including his two goals Thursday, Carlson now sits with 137 goals and 604 points in his career. Those totals rank third and first respectively among all defensemen in Capitals history.

With three more years remaining on the eight-year, $64 million extension he signed, Carlson will have a chance to move past Calle Johansson (983 career games) and become the franchise’s first-ever defenseman to appear in 1,000 games.

Martin Jones with a Spectacular Goalie Save vs. New York Rangers