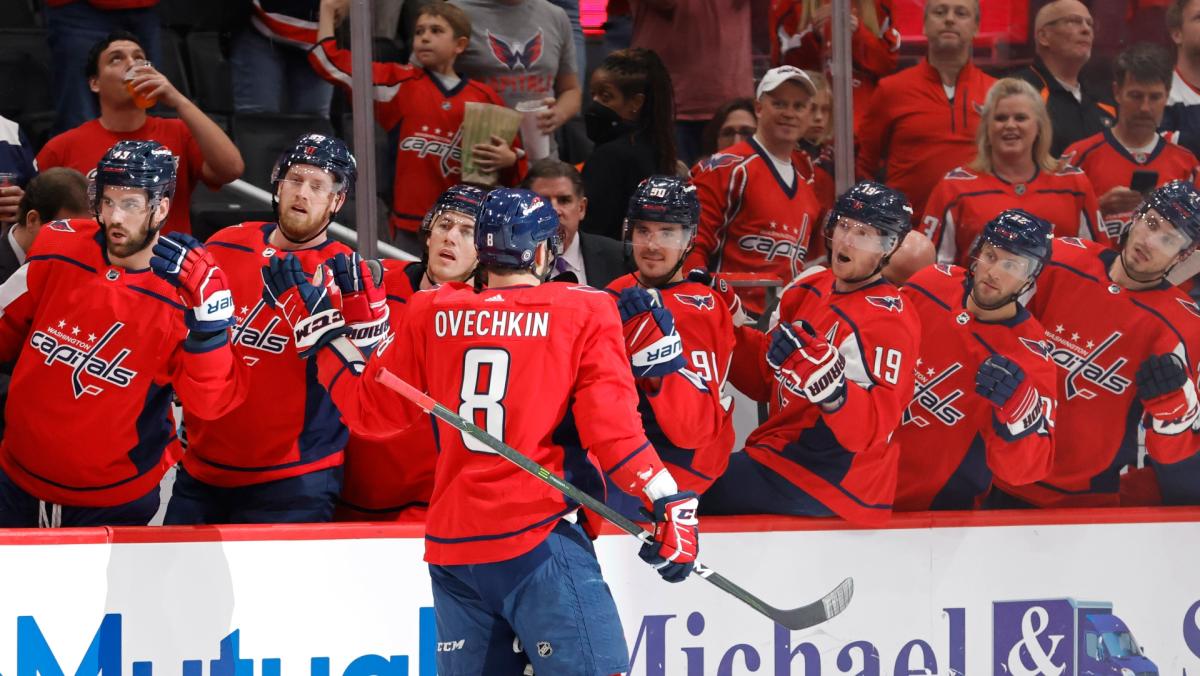 When the Capitals’ 2022-23 season opens in October, eyes across the league will be focused on Alex Ovechkin’s goal-scoring chase — and for good reason.

Ovechkin, with 780 career goals, will enter the season just 20 goals shy of No. 800, 21 shy of tying second-place Gordie Howe and 22 shy of passing him altogether. If Ovechkin keeps up his goal-scoring pace, he’ll be in second place by midseason.

But to put in perspective how dominant Ovechkin has been in Washington since 2005, he’s just seven goals shy of passing Howe (with 786) for the most goals scored by a player for one team in NHL history. In Wayne Gretzky’s nine-year career with the Oilers, he scored 583 career goals in 696 games played. Ovechkin has 780 in 1,274 games played.

Additionally, Ovechkin can hold the record for most 50-goal seasons in NHL history with just one more 50-spot this season. He would pull out of a tie with Gretzky and Mike Bossy with another such season, which would be Ovechkin’s 10th of his NHL career.

Finally, he’s just 28 games short of passing defenseman Sergei Gonchar for second and Alexei Kovalev for first on the all-time games played list for Russians. Gonchar played for six NHL teams in his 20-year career, half of which was spent in Washington, while Kovalev played in 19 NHL seasons.

But the milestones are not just beholden to the Capitals’ captain, as a handful of other players are inching toward markers of their own.

*Should Nicklas Backstrom return to regular season action, he’s just one goal shy of pulling into eighth all-time on the Swedish goal-scoring list. Though playing in a significant amount of regular season games feels unlikely, he’s 27 assists shy of moving into the top 40 for all-time assists.

Just five players in the top 40 assists in NHL history are not in the Hockey Hall of Fame, and only two (Vincent Damphousse and Pierre Turgeon) are currently eligible for induction. The other three (Jaromir Jagr, Joe Thornton and Sidney Crosby) will certainly be selected in the future.

*On the blue line, John Carlson is seven points shy of 600 for his NHL career. That figure will also move him ahead of Michal Pivonka and into fifth place all-time on the Capitals’ points list.

*Evgeny Kuznetsov is just four points shy of 500 for his NHL career, and if he posts a 50-assist season, he’ll move into fifth-place all-time on the Capitals’ franchise assist list.

Lastly, the milestones don’t stop on the ice.

*Coach Peter Laviolette is six wins shy of passing Alain Vigneault for the eighth-most victories in NHL history. With a strong season in the 2022-23 season, he can put himself in a position near 800 career wins in the 2023-24 regular season, a mark that would leave him in fifth-place all-time.

Does Steph Curry belong in the same class as Kobe, Shaq and Duncan? | UNDISPUTED