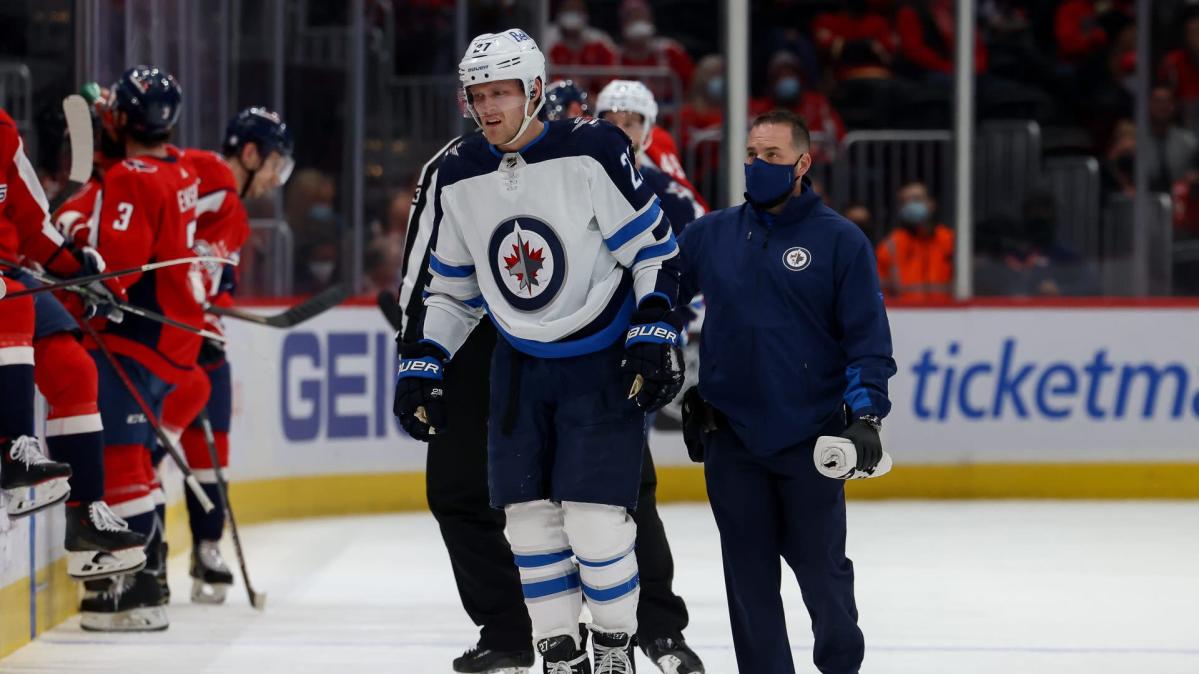 Late in the third period of Washington’s 4-3 overtime win, Orlov hit on Ehlers just as the Jets forward released the puck in the offensive zone. After the puck goes by, Orlov adjusted his angle and his left knee connected with Ehlers’ knee.

No penalty was called on the play and Ehlers did not return.

Jets interim head coach Dave Lowry said that Ehlers was to be evaluated Wednesday and that the forward will not make their upcoming road trip to Nashville, Boston, and Pittsburgh.

Lowry, as you could imagine, was not happy with the situation.

“Well, if they would have saw it the same way I saw it, it would probably have been more than a minor penalty,” he said afterward. “I lose a world-class player and, like I said, it’s a fast game and I have the luxury again of watching and rewinding it and watching it in slow motion.

“You’re disappointed as a coach. I lose a player and I will probably lose him for more than one game.”

Based on his average annual salary ($5.1 million), Orlov will forfeit $51,000, which benefits Players’ Emergency Assistance Fund.