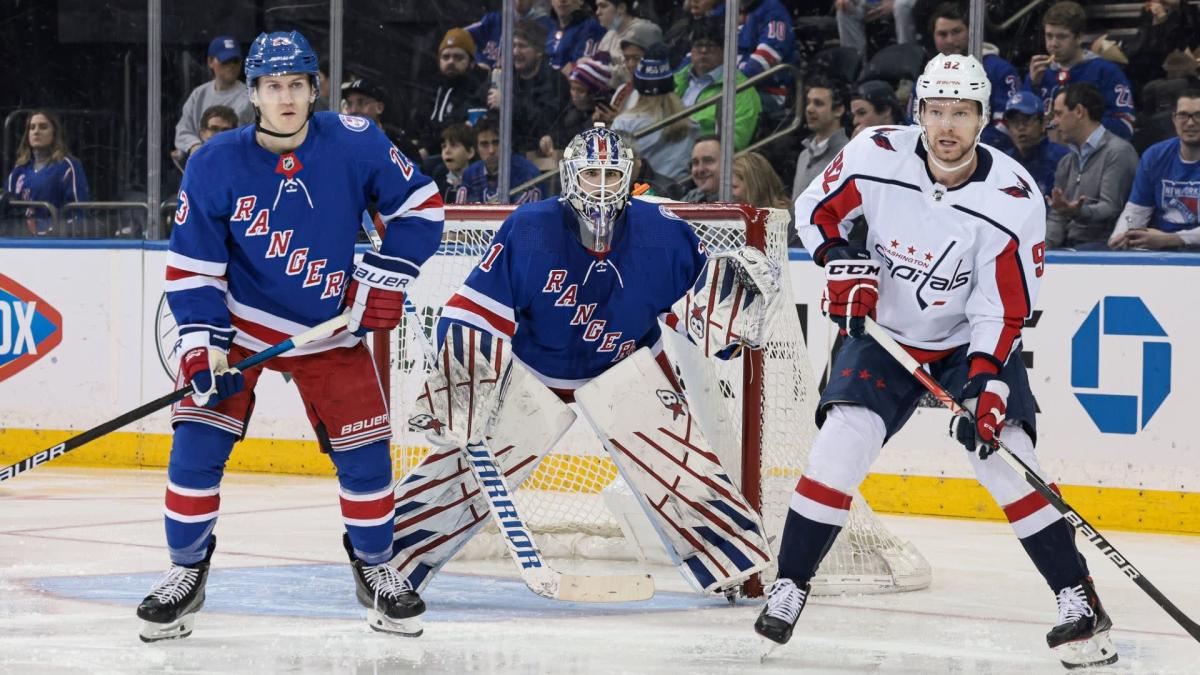 We have reached the home stretch of the NHL season. It’s time to look ahead to see who the Capitals could play in the first round of the playoffs. With a few days in between games, now’s a good time for Andrew Gillis and JJ Regan to look at how Washington stacks up against potential matchups in a seven-game series.

Why the Rangers would be a good matchup for the Caps

Andrew: I think, both in forward lines and defensive pairings, the Capitals are the better team than the Rangers.

Artemi Panarin, Adam Fox and Chris Kreider are outstanding, as is routine Caps killer Mika Zibanejad. In that aspect, they’ve certainly got the skill that makes you nervous. But aside from that, this would be my preferred matchup if I were the Capitals.

Entering Friday’s slate of games, the Rangers are 30th in the NHL at five-on-five shot attempt percentage (46.30%). They’re 26th in Expected Goals (46.60%) and 22nd at high-danger chances (47.12%). That has noticeably ticked up in recent weeks, but I still don’t believe the Capitals are worse than the Rangers. This is a series that the Capitals should be able to control the play.

If the Rangers want to try and play physical and match Ryan Reaves‘ line against Tom Wilson’s line with Alex Ovechkin and Evgeny Kuznetsov? There isn’t a sane person in the world that would like that matchup for New York. The Capitals are deeper and more skilled than the Rangers, and I think their physicality matches up well enough to mitigate whatever New York tries to counter with.

JJ: To say that all of the Rangers’ success this season is about Igor Shesterkin in net would be an oversimplification of their season… but it’s also pretty true. New York is not as good as their record says they are, rather they are a good team with a phenomenal goalie. Trying to beat that goalie is no cakewalk, but if Washington can, then this suddenly becomes a very winnable matchup.

As Andrew and I have gone through potential first-round matchups, we’ve talked a lot about how Washington, because it is a physical team, could have a chance to bog a team down with physical play and almost distract opponents, in a sense, from focusing on their own game.

Hmm…do you think the Rangers are a team that could be prone to distraction over physical play?

Why the Rangers would be a bad matchup for the Caps

The NHL’s runaway Vezina Trophy favorite has been comically good this season. He’s 32-10-3 with a .934 save percentage and a 2.13 goals against average. At five-on-five, he’s got a .936 save percentage this season and can singlehandedly shut down a series if he gets the chance.

I personally don’t believe the Rangers are long for the Stanley Cup Playoffs because I’m skeptical Shesterkin can continue his outstanding play into the postseason against multiple rounds of top teams. It’s just so, so difficult to maintain essentially a .940 save percentage and the minute that slips, I think the Rangers go into freefall. But Shesterkin in net is the only reason that gives me pause.

The other, far less noteworthy point is that I think the Rangers would try to slow the series down and make it into a physical battle each game. Everyone remembers what they added to their team and how they reacted to the Tom Wilson situation last year, and they’re a team designed to play physically.

If they’re successful in that regard, which is certainly possible when the whistles go away in the playoffs, that’s a negative for the Capitals because their talented top lines wouldn’t get to play their game.

Andrew laid out most of the stats so I won’t rehash them, but this guy is going to be the best goalie in the world in another year or so if he is not there already. Even if he’s not, he certainly has been the best goalie in the league this season. Having to face that in the very first round of the playoffs is a daunting task.

There is no position in hockey more important than a goalie. A goalie has a greater impact on a game than anyone else. The Caps know better than anyone what happens when you try to run through a brick wall in net in the playoffs.

Shesterkin has only one game of playoff experience under his belt so we don’t know exactly what to expect from him in the postseason. Vitek Vanecek, however, has only 13 minutes. This is a huge advantage for New York and will likely determine who wins the series.

While Shesterkin is definitely the team’s most important player and the one who could dictate the series, there are also a number of weapons Washington will have to contend with. Adam Fox is on the shortlist for best defensemen in the world. While it would have been unfathomable before the season to think Chris Kreider could outscore Alex Ovechkin, that’s where we are as Kreider has an unreal 46 goals this season after his previous career-high was 28. Artemi Panarin is one of the top offensive threats in the NHL and, oh yeah, there’s also Mika Zibanejad who loves playing against the Caps. His 15 goals against Washington are the most he has scored against any team in his career.