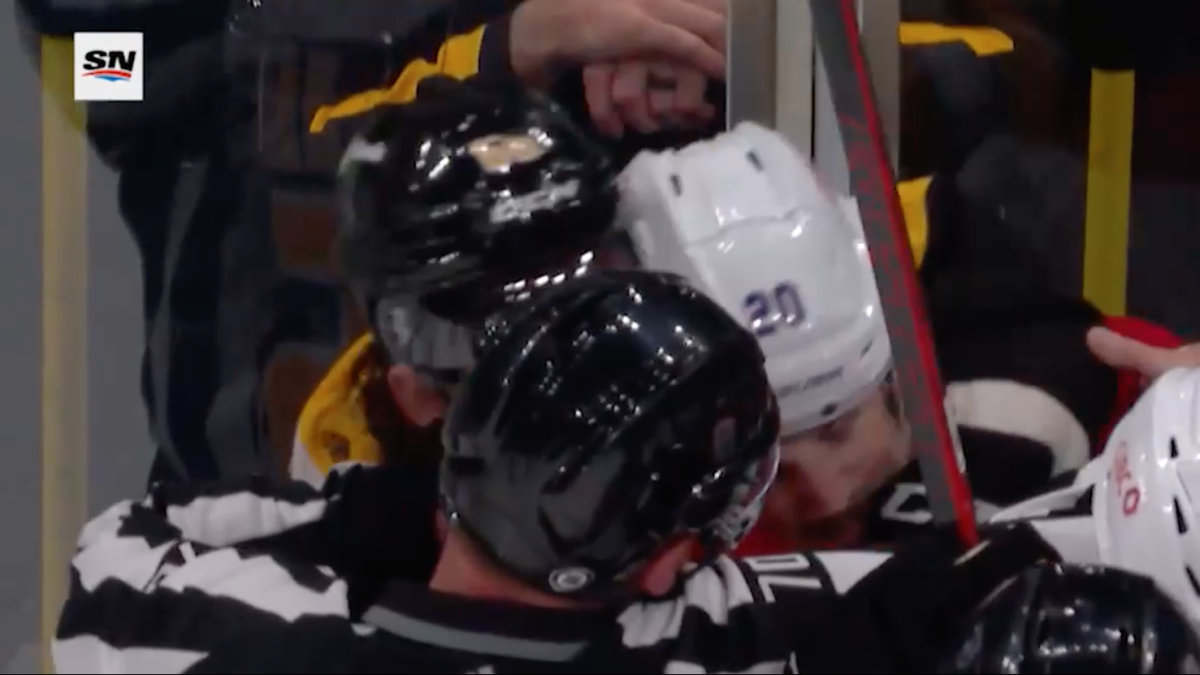 Chris Wideman of the Canadiens has been suspended one game for head-butting Bruins forward Erik Haula Wednesday night.

Any Bruins-Canadiens game is eventful, and this one was no different. Brad Marchand recorded a hat trick, including scoring his first two goals in a span of 15 seconds, and then, with the game out of reach, the rough stuff picked up.

Midway through the third period with Boston holding a 4-1 lead, a typical post-whistle scrum started in the corner. Everything seemed normal — plenty of grabbing, some chirping, the usual. Things looked to be dying down and then Haula started going off on Wideman, pulling the Canadiens defenseman to the ice and then getting a few punches in.

What set Haula off? As he was holding Wideman in the corner, Wideman cocked his head to the side and head-butted Haula to try and pry him loose. It didn’t work and that’s when Haula dragged him to the ice.

Wideman was given a double minor for unsportsmanlike conduct and roughing, while Haula was given two minutes for roughing.

This is the first time in Wideman’s 204-game NHL career that he’s been suspended. Based on his average annual salary, the defenseman will forfeit $3,750, which goes to Players’ Emergency Assistance Fund.

Pavel Buchnevich of the Blues was suspended two games in October after he head-butted Coyotes forward Lawson Crouse.

With Rask back in mix, what is next for Bruins? Eric Staal signs tryout deal with AHL Iowa as Olympics loom Jack Eichel back on ice for first time since neck surgery