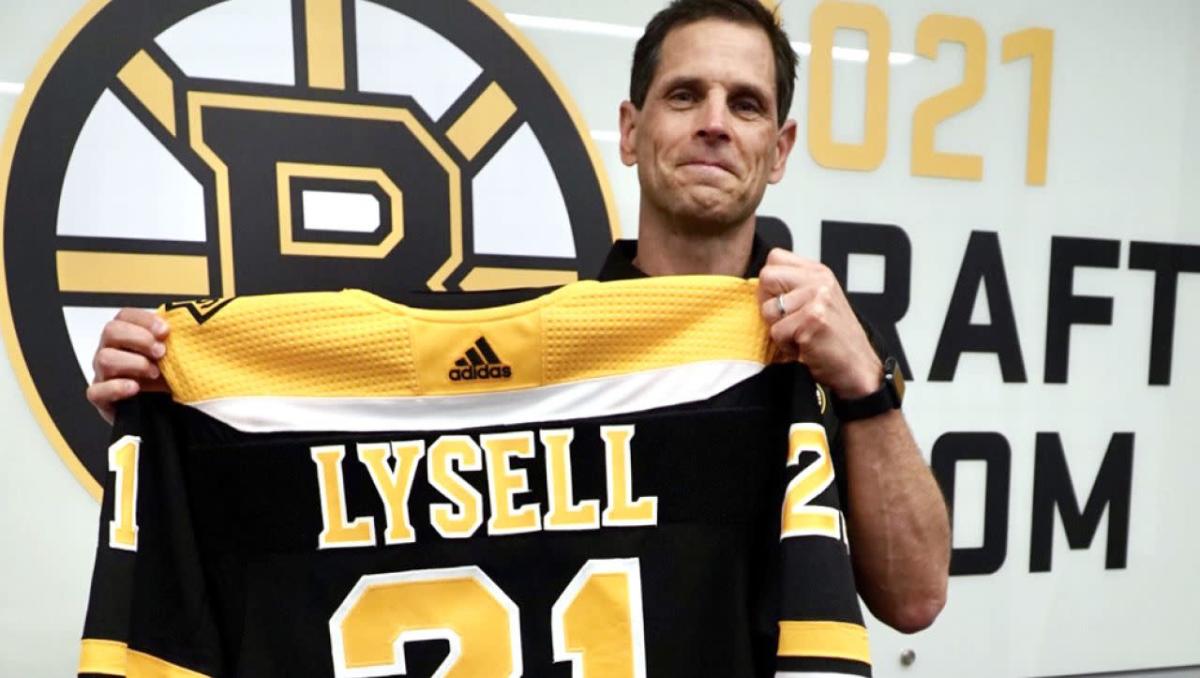 The Boston Bruins need an infusion of scoring and speed, and one player who could provide both is Fabian Lysell.

The 19-year-old right winger was Boston’s first-round pick (21st overall) in the 2021 NHL Draft. He had a fantastic 2021-22 season with the WHL’s Vancouver Giants, tallying 62 points (22 goals, 40 assists) in 53 games, in addition to an even more impressive playoff run.

No rebuild yet? Why Bruins chasing the Cup in 2022-23 is the right move

Lysell will get a chance to make the Bruins’ roster in training camp and the preseason. But what are the chances he actually makes the cut?

“There’s always a chance a young player could make the team,” Bruins general manager Don Sweeney said Wednesday at a press conference. “I referenced David Pastrnak a number of years ago spent some time in Providence, came back from the World Juniors and came in and played. He played well and it was hard to keep him off (the roster). Whether he’s physically able to play at that level? Fabian will be the exact same way, and Johnny Beecher, Marc McLaughlin, whoever it’s going to be, opportunities are going to be there. (Jack) Studnicka, (Oskar) Steen and guys who are putting in time. Jakub Lauko is another one.

“We’re not going to hold the best players off our team. … Ultimately, we want to play the best players. So if Fabian comes in and stands out to the point we feel he’s ready, that’s fine. But we don’t need to rush things with any of our young players. We’ll put them in an opportunity and allow them to see if they can succeed.”

The Bruins probably won’t have a ton of competitive roster spots at forward. The place where we could see some new faces is the fourth line, but that’s not an ideal spot for a young, skilled player such as Lysell to get his first taste of NHL action.

But if Lysell makes an impact offensively in camp and isn’t a huge liability in the defensive zone, the Bruins should absolutely make room for him at the NHL level. The B’s are desperate for a player with his goal-scoring and playmaking talent. And, let’s be honest, he can’t be any worse scoring-wise than Trent Frederic (eight goals) or Nick Foligno (two goals) were last season.

Sweeney is right, though, the Bruins shouldn’t rush Lysell or any of their young players. They cannot afford to unnecessarily speed up the development of their top young talent when the prospect pool as a whole ranks among the league’s worst.

Meanwhile, Bruins fans can watch Lysell and Team Sweden compete for World Junior gold in Edmonton over the next couple weeks.