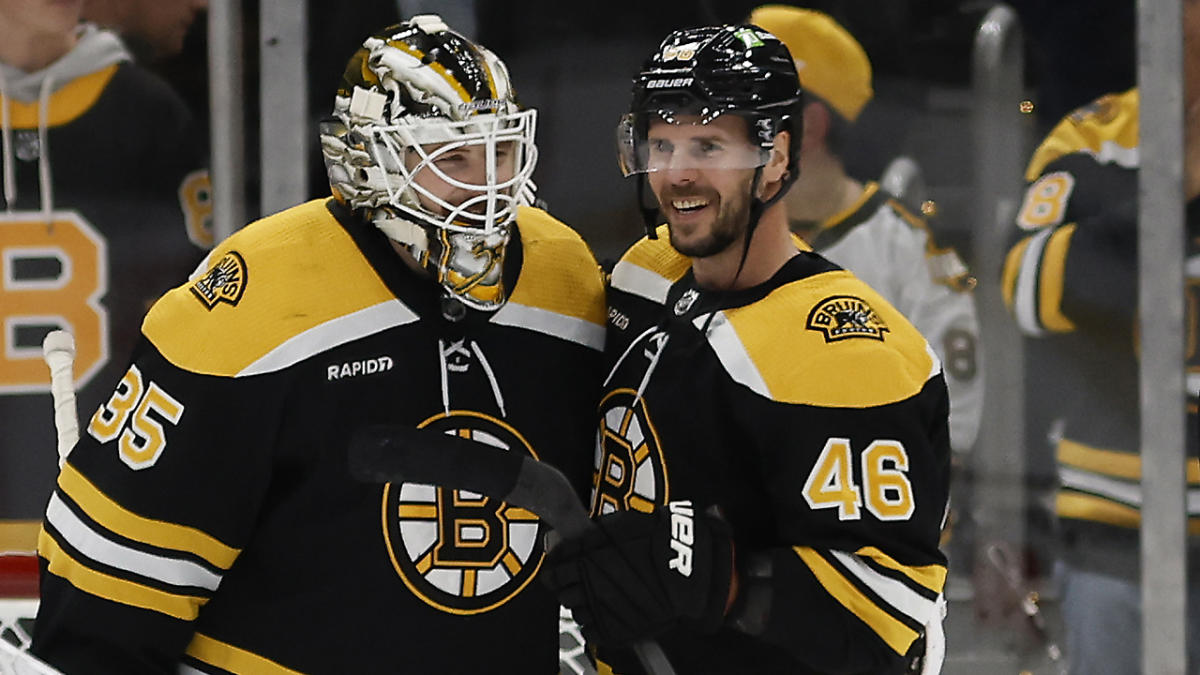 The Bruins dispatched the Philadelphia Flyers 4-1 at TD Garden on Thursday night to pick up their fifth straight win. They boast an NHL-best 15-2-0 record and are a perfect 10-0-0 at home, becoming the just fifth team in NHL history to win its first 10 home games.

Veteran forward David Krejci has seen a lot over 1,132 total games with the Bruins. But not even he could see this coming.

“It’s hard to win one game. But to win this many games — 17 games, 15 wins — that’s crazy. No one expected that,” Krejci said after scoring two goals to power the Bruins’ win.

“But we’re staying even-keeled here. We’re focusing on the task at hand, and that’s something we’ve been doing a pretty good job at.”

But all three players returned ahead of schedule, and first-year head coach Jim Montgomery has the Bruins playing a free-flowing game that has led to a dominant, well-balanced offense attack: 14 different players have scored multiple goals through 15 games, and Boston’s 68 goals lead the NHL.

“I think that’s what’s so great about [Montgomery’s] system: It’s so fast, but predictable,” said winger Nick Foligno, who tallied two assists Thursday and has nine points in 17 games after recording 13 all of last season.

“I think it’s tailored to a lot of guys in the room, and I think we feel that when we are playing, we know where guys are supposed to be. You can kind of have that sixth sense, and it’s dangerous.”

The road ahead gets tougher for the Bruins, who play eight of their next 10 games against Stanley Cup contenders in the Tampa Bay Lightning (twice), Florida Panthers, Carolina Hurricanes, Colorado Avalanche (twice) and Vegas Golden Knights (twice). But their historic start has given them quite a bit of room for error.