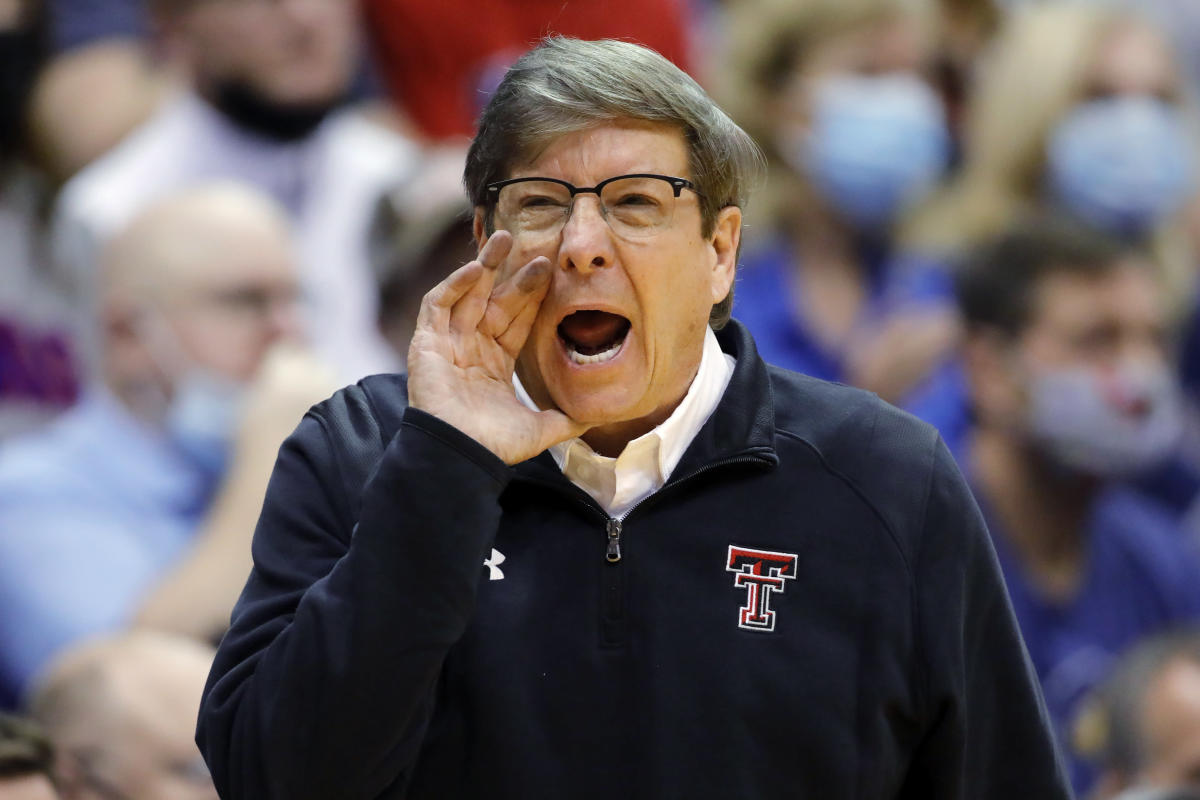 Mark Adams describes himself as an old West Texas farm boy who grew up on the cotton field and dreamed of being Texas Tech’s head basketball coach.

He has done it, though it was a decades-long journey that rarely got too far away from home for the 65-year-old Adams. There were times he gave up on his dream; he even spent seven seasons out of college coaching when he started a minor league hockey franchise.

“When I look back, I guess God had a plan all along,” Adams said.

The 1979 Tech graduate, who as a student constantly observed coach Gerald Myers, got his dream job after Chris Beard left last April for bitter rival Texas, his alma mater. Adams was on Beard’s staff over a five-season span when the Red Raiders made the national championship game in 2019, a year after getting to the NCAA Elite Eight.

The 12th-ranked Red Raiders (25-9), a No. 3 seed in this year’s NCAA Tournament, play Montana State on Friday. They went 18-0 at home and swept two games each against the Beard-coached Longhorns and defending national champion Baylor. They lost in double overtime at Kansas while getting a regular-season split with the Jayhawks, a No. 1 NCAA seed like Baylor.

Beard wanted his top assistant to go with him to Austin, but Adams stayed in Lubbock with no guarantee about his future at his alma mater.

“This is home, and I love Texas Tech,” Adams said. “The first three or four days, I was kind of on an island thinking, what am I going to do if I don’t get this job?”

Adams already had 554 wins in 23 seasons as a head coach at small Texas schools. His resume included an NAIA title game appearance with Wayland Baptist and, after his coaching hiatus, a national junior college championship at Howard College with a team led by current NBA player Jae Crowder.

“There was nothing promised. And I think we had to be really careful because we were extremely proud of where our basketball program was, and how it had been established,” said Texas Tech athletic director Kirby Hocutt, part of a four-person search committee. “It was probably after one or two conversations that we had with coach Adams, the question was why not? Why wouldn’t we stay internally with a candidate who has the experience that he has … who’s been an integral part of the success that we’ve had.”

And who clearly wanted to be there, less than 40 miles from the small farming community of Brownfield where he grew up.

“At my age, hopefully there’s some encouragement there for others that don’t give up on your dreams,” Adams said.

Adams has spent only one basketball season in his life outside of Texas. All but five others were within driving distance to attend Tech games.

After a significant roster rebuild this season, A dams was voted AP Big 12 coach of the year.

Top scorer and All-Big 12 guard Mac McClung opted for the pros after Beard left, along with transfers by third-leading scorer Kyler Edwards (Houston) and freshman starting guard Micah Peavy (TCU). Four of Tech’s primary starters are seniors in their first seasons in the program. Returning standouts Terrence Shannon and Kevin McCullar have dealt with lingering injuries.

Adams won only 44 games over five seasons (1992-97) in his only previous Division I head coaching job at what is now Texas-Pan American, more than 600 miles from Lubbock.

With two young children, Adams returned closer to home and had even gotten his insurance license. His son is now head coach at New Mexico Junior College; his daughter a speech therapist who last month gave birth to a second son.

It was then that Adams and his late twin brother, Matt, were approached about starting the Lubbock Cotton Kings hockey franchise. Mark Adams knew nothing about hockey, but enjoyed the entertainment side and was intrigued by the fast-paced sport.

Adams was still involved in hockey in 2004 when the opportunity came to get back into college coaching. There was even an overlap when he was making several 100-mile, one-way drives a week between Howard’s campus in Big Spring and Lubbock to do both jobs.

Howard went 33-2 for the national title in 2009-10 when Crowder was junior college player of the year in his only season before going to Marquette.

“He definitely gave me the DNA, he gave me this foundation of having that defensive mindset. Now obviously once we won it, it was like OK, this is what it takes to win championships,” said Crowder, now in his 10th NBA season. “You could feel it when you’re around that he loves basketball. As a player, that’s what you want to be around, a coach who really loves the game.”

Adams left Howard in 2013 to become Texas Tech’s director of basketball operations for Tubby Smith. Adams was where he always wanted to be, but not doing what he wanted. So two years later when Beard became Little Rock’s coach, Adams joined his staff and they went 30-5 with an NCAA tourney win over Purdue before Beard accepted the UNLV job.

An unexpected twist then took them back to Texas Tech, where Beard had spent a decade as an assistant for Bob Knight and then Pat Knight. Smith’s surprise departure for Memphis changed their path in just a matter of days.

“It was a really tough decision for Coach Beard, but he just couldn’t turn it down. I was elated,” Adams said. “I give the credit to my (91-year-old) mom for praying so much. … on her knees, praying for us, for her son, to come home to Lubbock.”

Celtics Lab 96: On the 2021-22 Celtics and patience, rooting for Jerry Buss and more with Gary Gulman