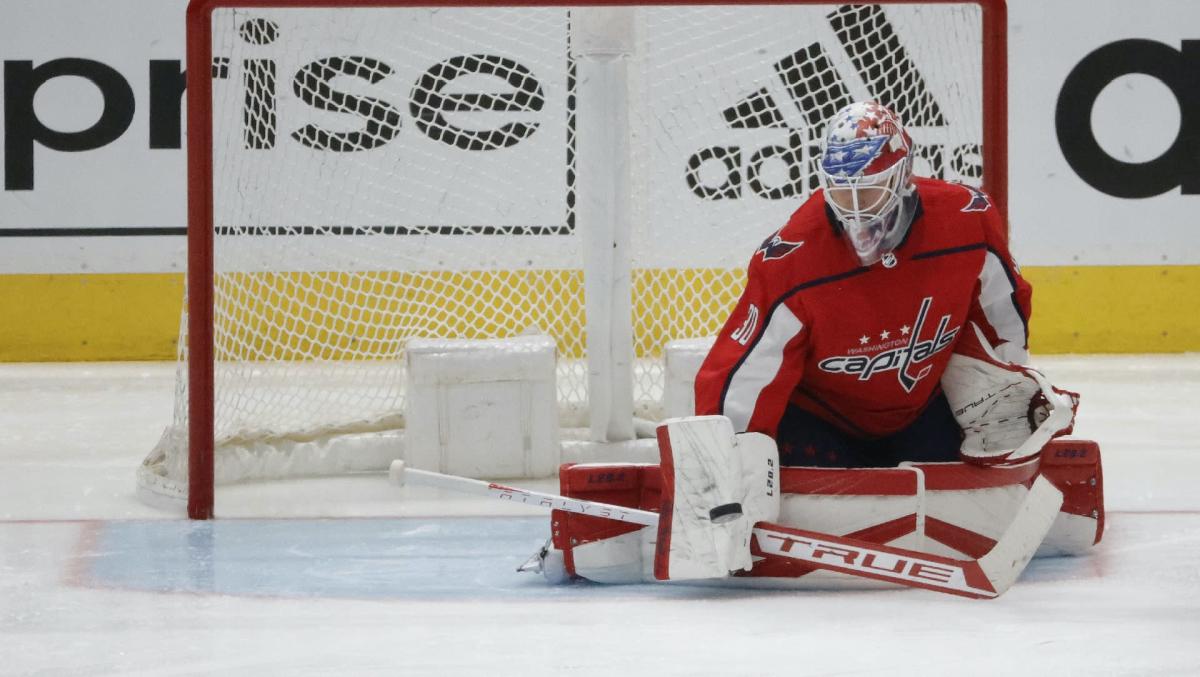 With the exception of two disastrous periods in Game 2, the Washington Capitals have seemed to quell any concerns regarding their goaltending during this postseason stretch. That, for the most part, has been due to some stellar play in net from Ilya Samsonov, who entered the playoffs as the Caps’ No. 2 option behind Vitek Vanecek.

Despite a heartbreaking and potentially crucial Game 4 loss at home on Monday night to the Florida Panthers, Samsonov again dazzled in net for Washington, giving them a serious chance of taking a commanding 3-1 series lead.

“Obviously it was a hard second [period] for us. We took lots of penalties, [penalty] killers did a great job, obviously Sammy was outstanding,” Alex Ovechkin said after the 3-2 overtime loss. “How I said, it’s gonna be a tough, long series. So, move on. Forget about it and move on.”

Aside from one miscue on a rolling puck that went five-hole to tie the game in the first period, it’s hard to imagine anything else Samsonov could’ve done better in Game 4.

Florida’s Sam Reinhart found himself on the scoresheet thanks to a bouncing biscuit that serendipitously landed to him in point-blank range to tie the contest just two minutes before the final whistle. There were calls for goalie interference on the Panthers’ game-winner in overtime, but that goal was hardly Samsonov’s fault.

Florida doubled Washington’s shot output in the contest 32-16. Samsonov stopped all five of their power play chances and made some miraculous stops at even strength to give the home side a fighting chance at stealing a win.

“How we said, the second period wasn’t our best but that’s why we got the Sammy in net,” Evgeny Kuznetsov said postgame. “He gave us a chance to fight for that game…we’re gonna play best-of-three right now, and there is no panic. It’s still a pretty good chance.”

Without a few lucky bounces throughout this series, Samsonov has essentially been a shutdown netminder for Washington. That’s excellent news as the team looks to jump out to their third series lead with a Game 5 win on Wednesday night.

NBC Sports Washington’s broadcast crew has said throughout the series that if you need a goalie who could potentially steal you a game or two in the postseason, Ilya Samsonov fits the bill. His increasing confidence, seemingly with each save, bodes well for a Capitals squad facing the NHL’s most potent offense. Net play remains a key factor in this series.

“The calmness that I think he showed, obviously he’s now brimming with confidence—that’s a great thing,” Al Koken said postgame. “That’s the one thing I’m sure the Capitals really can point to tonight to take with them to Florida—knowing that they’ve got now at least a goaltender that they believe in, trust. He answered the bell with every save possible.”

All first-round games of Capitals vs. Panthers will be available regionally on NBC Sports Washington and streamed live on the MyTeams app.

Klay Thompson: Game 5 will be 'hardest one yet' for Warriors to close out Grizzlies