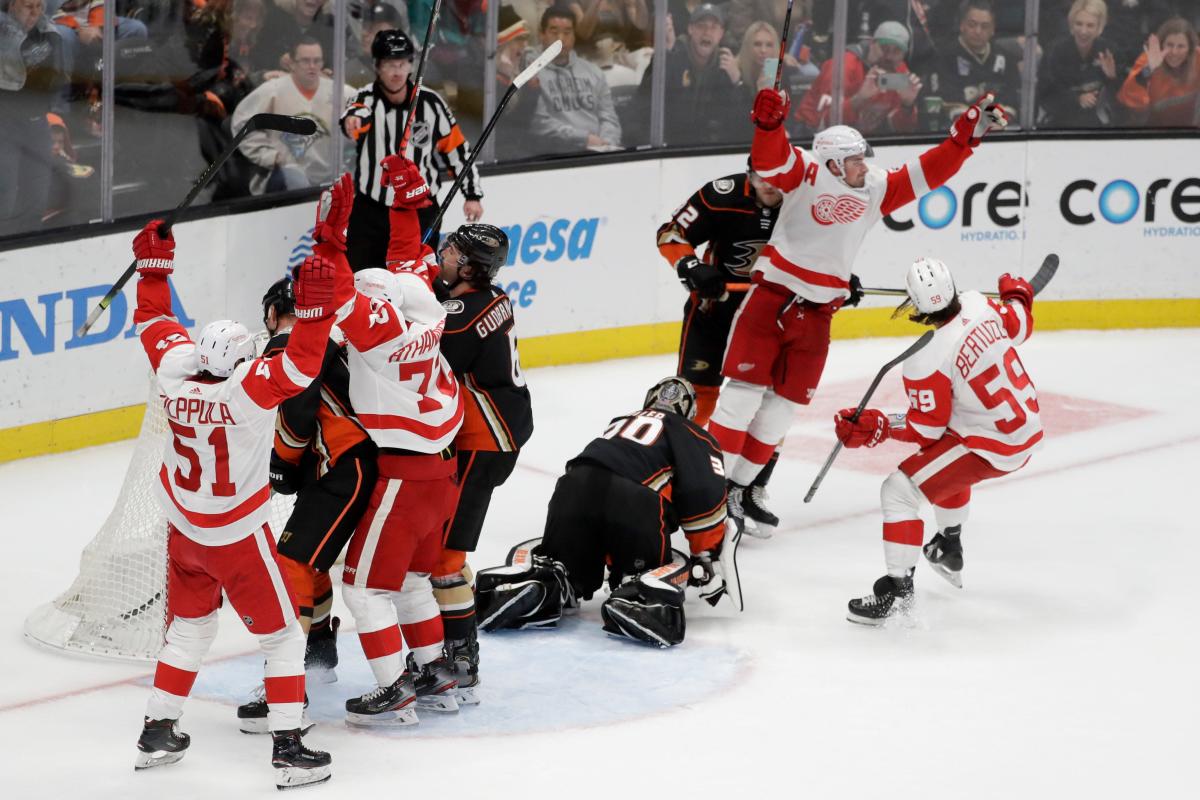 Where: Honda Center in Anaheim, California.

GET MEAN: Wings must make ‘the opponent pay a hard price’ to beat top teams

ABOUT LAST GAME: Givani Smith‘s big, short impact vs. Sharks may keep him on the ice

Game notes: The Red Wings will begin their road trip against one of the better teams in the Western Conference. Detroit won its past two games, both at home, but set off on a three-game California road trip. Tyler Bertuzzi and Pius Suter each had two goals in Tuesday’s win; Bertuzzi is second on the team with 15 goals in 26 games. Dylan Larkin leads the team in goals and is third in assists, 16 apiece, over 30 games. Alex Nedeljkovic has a 10-8-3 record, allowing 2.85 goals per game and amassing a .914 save percentage while backup Thomas Greiss is 6-7-0 with 3.41 goals allowed per game and a .895 save percentage.

The Ducks can be a tough out; they have a league-high seven overtime losses this season. Anaheim ended a four-game losing streak with Tuesday’s win vs. Philadelphia. Troy Terry had three goals in the victory and leads the team with 21 on the season. Goalies John Gibson (12-9-6, 2.64 GAA, .917 SV, one shutout) and Anthony Stolarz (6-2-1, 2.13 GAA, .932 SV, two shutouts) are each capable of dominating.

The Wings continue their road trip Saturday vs. the Los Angeles Kings then Tuesday vs. the San Jose Sharks before coming back for a home game Thursday vs. the Winnipeg Jets. The Ducks stay home for a game Saturday with the New York Rangers and and Tuesday with the Pittsburgh Penguins.