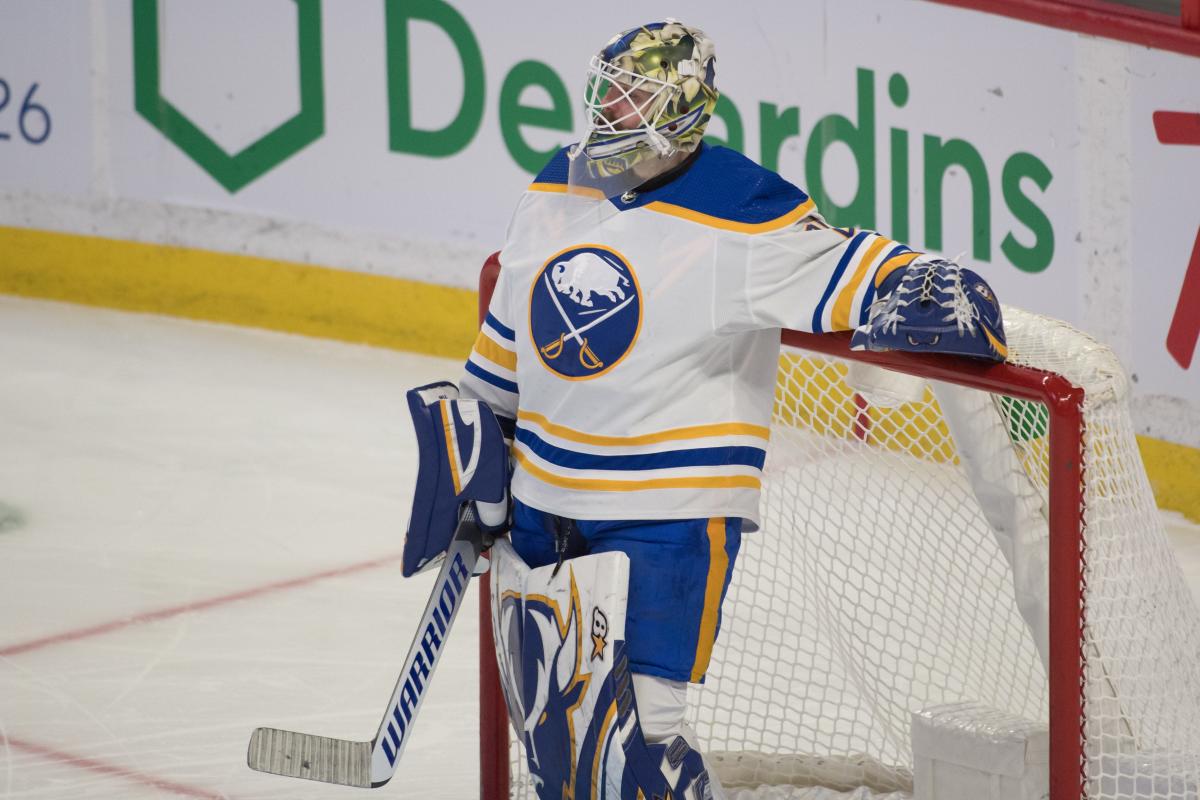 Ottawa Senators forward Drake Batherson will miss the All-Star Game after a hit that could land Buffalo Sabres goaltender Aaron Dell a suspension.

Batherson was chasing a Sabres player around the net late in the first period of Ottawa’s 5-0 victory Tuesday night when the goalie caught him with his elbow. He fell hard into the boards and injured his ankle, and Senators coach D.J. Smith said he is out long-term.

“Unfortunately, for him, the kid has a chance to go to his first All-Star Game,” Smith said. “It’s a bad play by the goalie. He’s done it before.”

The NHL’s Department of Player Safety said Dell would have a disciplinary hearing for interference.

“Quite frankly, it was just a (expletive) play,” said Senators captain Brady Tkachuk, according to Sportsnet. “What happened was unnecessary and dirty. You just feel for (Drake). He’s put in so much work to get to where he’s at. It definitely sucks.”

Dell, with the San Jose Sharks at the time, made a similar hit against the Vegas Golden Knights‘ Mark Stone in 2019.

“I don’t like calling out other goalies, but (skaters are) not expected to get hit by the goalie, just like when the goalie comes out to play the puck, you can’t hit him,” said Senators goalie Matt Murray.

Batherson was named to represent the Senators at next week’s All-Star Game in Las Vegas. He leads Ottawa with 34 points in 31 games.

Can Islanders still make playoffs, or are they better off tanking?