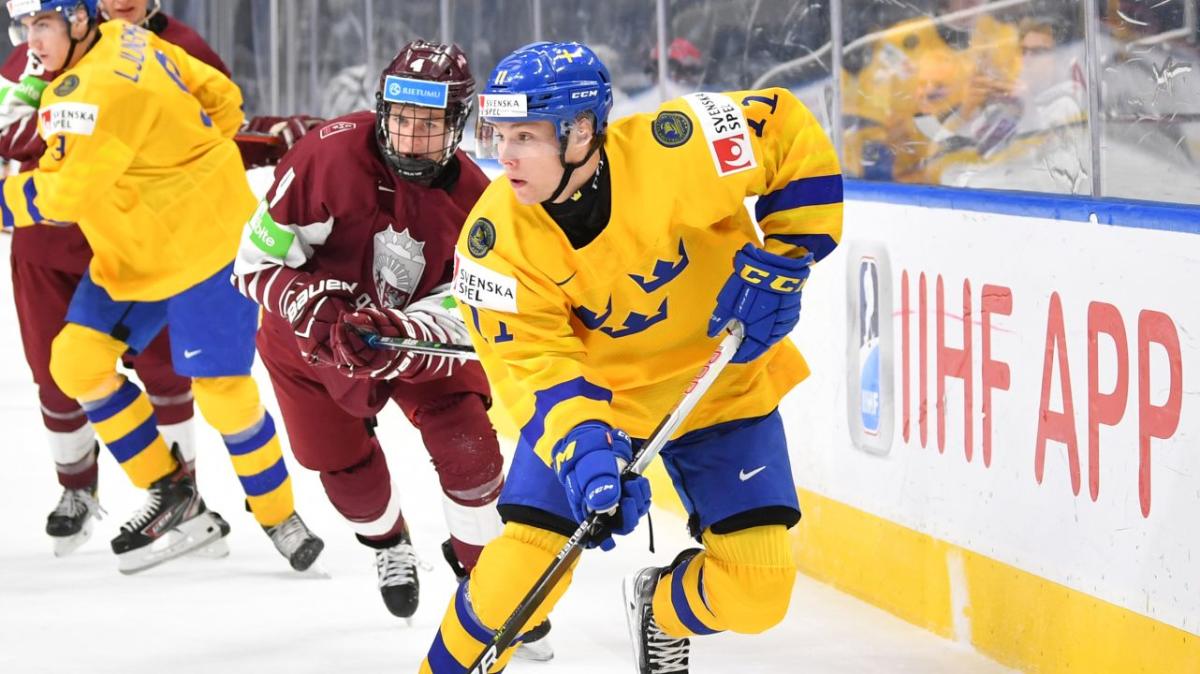 Few Boston Bruins players will have more of a spotlight on them during training camp and the preseason than Fabian Lysell.

Boston’s 2021 first-round draft pick is the organization’s top prospect. He’s also the most talented forward in the system and plays a fast, highly skilled style that’s very exciting to watch.

Lysell had a successful first season in North America with the WHL’s Vancouver Giants in 2021-22. He tallied 62 points (22 goals, 40 assists) in 53 regular season games, then added 21 points (four goals, 17 assists) in 12 playoff games, highlighted by a historic first-round upset.

After a good showing with Sweden at the 2022 World Junior Championships, the next step for Lysell is to come to Boston for training camp in September.

Brad Marchand is expected to miss the first month or month-and-a-half of the regular season as he continues to rehab from offseason hip surgery. His absence opens up a spot in the top six at left wing, one that Lysell could potentially fill if he earns it.

“If he has a great camp, he’s going to get that opportunity. That’s the great thing about the injury to Marchy is it opens up a door. Now (Lysell) has to knock through that door. When that opportunity comes, earn your way into the NHL.”

The best way to unlock Lysell’s fantastic offensive talent is playing him alongside similar players. Therefore, a bottom-six role isn’t the right fit for him. Playing with Patrice Bergeron or David Krejci would put Lysell in the best position to hit the ground running at the start of his NHL career.

The Bruins were 15th in goals scored last season and lacked the speed and offensive depth required to make a deep playoff run. They desperately need an infusion of the speed and skill that Lysell plays with. It’s important not to rush Lysell’s development, but if he proves ready for the highest level in camp, the B’s should absolutely give him a shot in the top six and see how he responds to the challenge.