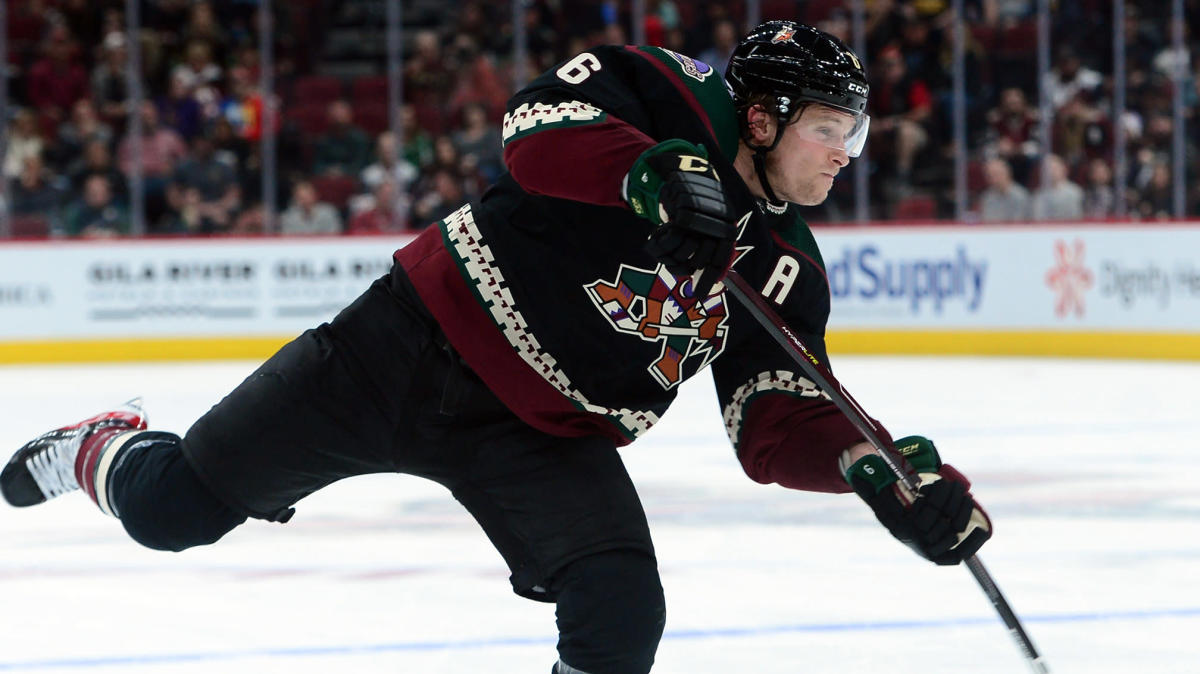 Before we discuss any other topics, can we just take a moment to appreciate how much the Coyotes appear to be bending over backwards to keep the team in Arizona? With their tenure at Gila River Arena set to come to an end on June 30 and the Coyotes still waiting for approval to build their proposed arena in Tempe, the Coyotes are reportedly negotiating a three-year deal with an option for a fourth year with Arizona State University, per Craig Morgan.

So, what’s the problem with that? Well, Arizona State University’s new arena will only be built to seat 5,000. Obviously, the pandemic has led to situations where teams have played with no fans or limited fans but imagine that being the norm for the Coyotes for years. In 2019-20, the worst team in terms of average attendance was the Ottawa Senators and even they drew 12,618 fans per home game. Arizona drew an average of 14,605 fans that year. So, the Coyotes would be looking at cutting their average attendance by about two-thirds if they move forward with their reported plans to play at ASU.

Of course, it’s not their permanent plan, but even still, the idea of playing under those conditions for years would be tough for the team financially. The NHLPA might also have objections to the plan because of the impacts it’d have on revenue sharing among other things, but we’ll have to see what happens.

As Morgan noted, there are also potential scheduling issues, in part because ASU hockey will get priority over the Coyotes when it comes to booking games. The Sun Devil will play their games on Friday and Saturday nights, so Arizona might not get many contests during those prime times. Still, with the Coyotes being pushed out of Gila River Arena, this might be what it takes to stay in Arizona during the transition period while they wait for their new home to be built.

While it might be a while before the Coyotes’ arena situation is resolved, we may find out what’s happening with Evander Kane soon. The NHL has been investigating Kane, who had his contract terminated by the San Jose Sharks for allegedly violating the AHL’s COVID-19 protocol, but the NHL’s examination might be concluded today, per Frank Seravalli. If the NHL ultimately doesn’t take any disciplinary action against Kane, then he will reportedly sign with the Edmonton Oilers.

The Oilers are certainly taking a risk here. While Kane is undeniably a contributor on the ice, he might be an issue off of it and in the locker room. Still, while Edmonton has managed to win its last two games, the Oilers have struggled mightily since the start of December. At this point, the risk seems warranted. Fantasy managers should also be keeping an eye on this situation because Kane should be a decent pickup if he joins Edmonton.

Another player who might have a new home in the not-too-distant future – albeit for very different reasons – is Marc-Andre Fleury. The Blackhawks entered the season with high hopes, but they stumbled out of the gate and while they got better after that, they never dug themselves out of that initial hole. At this point they have a 16-20-7 record, putting them seven points back of Calgary in the Wild Card race despite playing in five more games.

Unless the Blackhawks’ situation improves soon, they’ll presumably be looking to trade Fleury at the deadline and one interesting team reportedly seeking his services are the Washington Capitals. It would make sense. Ilya Samsonov has left plenty to be desired this season, so the Capitals could certainly use a veteran option in net ahead of the playoffs. But having Fleury play for Washington would be weird.

Fleury spent most of his career with the Washington Capitals and even afterwards with Vegas he faced Washington in the 2018 Stanley Cup Final.

It is worth noting though that Fleury has some control over the situation. He has a 10-team no-trade clause, and he could simply include Washington on the list if the idea of playing for his former rival isn’t palatable for him. We’ll have to wait and see, but even if Fleury doesn’t end up with Washington, he will likely be moved.

Circling back to Arizona, Coyotes defenseman Jakob Chychrun is another player who is likely to be moved before the deadline. It’s a pretty different situation with Chychrun though. Unlike Fleury – or Claude Giroux for that matter – who would be a rental acquisition, Chychrun is playing through a six-year, $27.6 million contract that won’t end until the summer of 2025. Given that Chychrun is still just 23-years-old, finished 10th in Norris Trophy voting last year, and logs huge minutes, there’s naturally a lot of interest in his services.

So why are the Coyotes looking to trade Chychrun in the first place? Because of his youth and relatively affordable contract, Arizona could get quite a bit for him. Sportsnet’s Jeff Marek mentioned earlier in the month that the Coyotes are looking to get “a young player, a high-end prospect plus a first-round pick,” in return for their defensemen. If they can do that, they feel it’s worth it, especially given that the team doesn’t look anywhere near ready to compete for a playoff spot at this time. If no team can come close to their asking price though, the Coyotes still have the option not to trade him and try their luck again in the summer.

The Los Angeles Kings, Florida Panthers, Boston Bruins, Anaheim Ducks, and St. Louis Blues all have strong interest in Chychrun, according to TSN’s Darren Dreger. The Maple Leafs have also expressed interest, but they’re a less likely destination due to their salary cap restraints. The Edmonton Oilers might also end up in the running for Chychrun. Edmonton could use the defensive upgrade and Chychrun contract lines up nicely with the prime years of Connor McDavid and Leon Draisaitl, so it’s a good fit there.

Wherever Chychrun ends up, it will likely be a boost for him. Playing for the struggling Coyotes hasn’t done him any favors this season. He has two goals, eight points and a minus-31 rating in 30 contests. For those worried about that plus/minus rating, it is worth noting that Chychrun has a plus-3.7 relative CF% and plus-5.1 relative FF%, which suggests that the Coyotes have been a better team when he’s been on the ice than they’ve been when he’s been off it. It’s just that the Coyotes are such a bad team that he seems to have been dragged down with them.