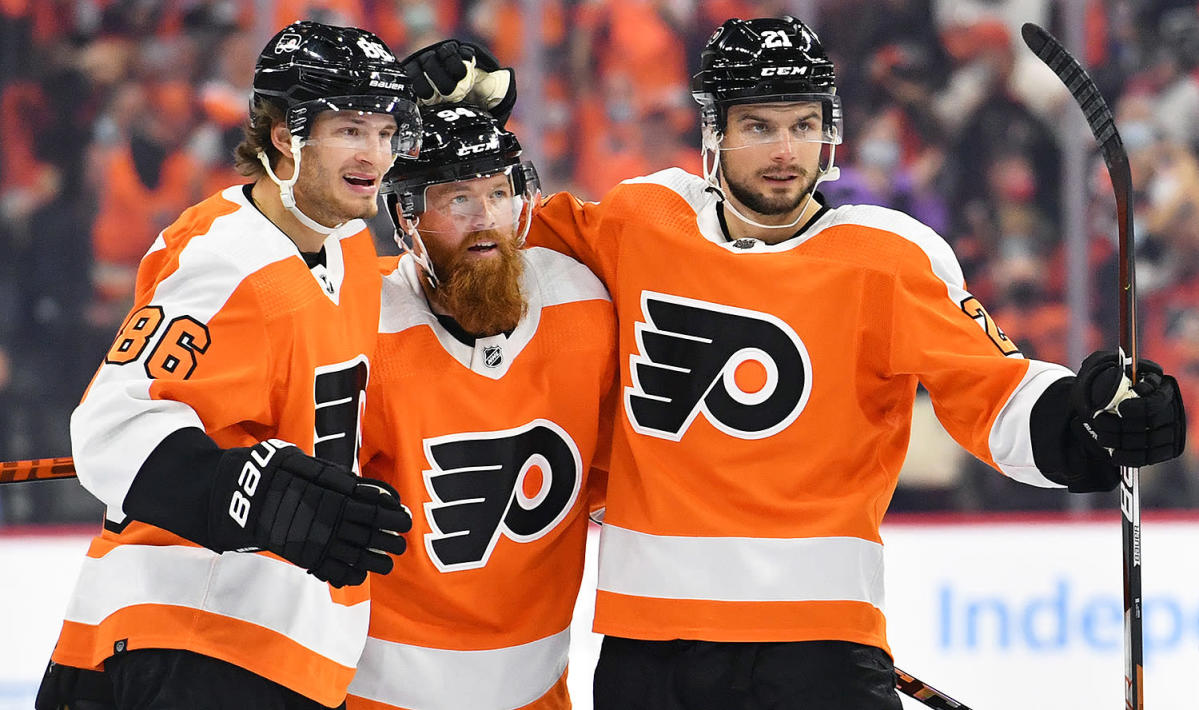 The Flyers have 20 games left after selling at Monday’s trade deadline.

They’ll start the homestretch Tuesday when they open a five-game road trip.

Let’s get into injury updates, a signing and the essentials for the game:

• With the trades of Claude Giroux and Derick Brassard, the Flyers are short a forward Tuesday night. But they’re expecting to have Nate Thompson cleared by Thursday for his return to the lineup.

The 37-year-old center has been rehabbing back from shoulder surgery he had in late November.

Scott Laughton has been back on the ice and joined the club on its road trip after suffering a concussion March 10.

“He’s feeling much better, he’s skating,” Flyers general manager Chuck Fletcher said Monday. “He still has to pass his neuropsych test. You tend to want the player to be completely asymptomatic and feeling good before you do that. I anticipate some time over the next week, he’ll take that. If he clears that, then it’s just a question of speaking with him and making sure the medical people feel good about him returning.

“I would think there’s an outside chance he could play before the end of the trip. If not, I would suspect he would be available for the Toronto game (April 2), all going well.”

With Ryan Ellis (lower body), the Flyers are currently looking at different options for how they’ll treat his injury heading into the offseason. The top-pair defenseman played only four games in his first season with the Flyers. Fletcher said the expectations are that Ellis will be ready for next season’s opener.

More: Reminder of disappointment as Flyers forced to sell at second straight deadline

• The Flyers on Tuesday announced the signing of Hayden Hodgson, who inked a one-year, $750,000 deal.

The 26-year-old is a winger at AHL affiliate Lehigh Valley. He is tied for the team lead in goals with 18.

• The Flyers will play 11 forwards and seven defensemen tonight. Their lineup is not yet known, so below is a projection.

Morgan Geekie with a Goal vs. Arizona Coyotes