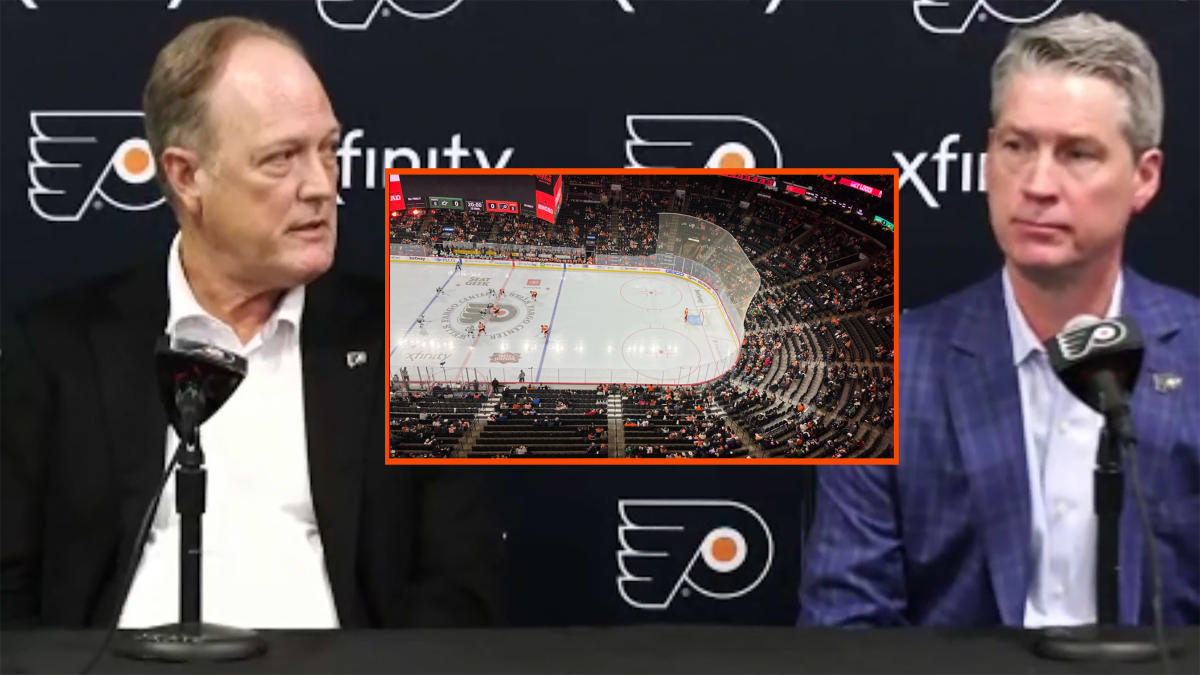 When the Flyers tied the (now old) franchise record of 12 straight losses Monday night vs. the Stars, the team announced a listed attendance of 14,868 fans.

The views from inside the arena, however, painted a much sparser assemblage:

No one can blame fans for failing to show up for a team with two different double-digit losing streaks in one season, and which on Tuesday night set a new franchise record for most consecutive losses after squandering another lead vs. the Islanders, one of the six worst teams in the East.

Right now, the Flyers are flat-out a tough watch.

So the question for Comcast Spectacor chairman and CEO Dave Scott when he spoke with reporters wasn’t why fans aren’t showing up, but instead how concerned he is about the state of the fan base — and how the organization believes it can win them back.

“When you’re not winning, you don’t have a good product on the ice, it’s going to impact attendance,” Scott admitted Wednesday. “We’re feeling it, I’m feeling for the fans. You’ve got team performance, you’ve also got COVID protocol. Philadelphia’s very tough with its vaccination [requirements], that’s impacting attendance. It’s impacting the Wings, it’s impacting the Sixers. It doesn’t help the cause. But bottom line is we have to get better, we have to figure out how to win games.”

To attend a home game at the Wells Fargo Center, fans must provide proof of COVID-19 vaccination status. Earlier this month fans were still allowed to provide a recent negative COVID-19 test for entry. And from the beginning of the season until the end of 2021, fans were not required to show COVID vaccination status or a negative test.

Also, how much Philadelphia’s COVID protocols are impacting other teams in the city isn’t fully clear.

The Sixers rank second in the NBA in average attendance at 20,288 customers per game and second in percentage of seats filled at 100.7% despite being a middling playoff team, albeit with an MVP candidate putting up monster numbers every single night.

The Flyers, meanwhile, rank 13th in the NHL in average attendance with 17,230 customers per game and 20th in percentage of seats filled at 88.2%. If the current numbers hold, this will mark the first time this century the Flyers finished outside of the top 10 in the NHL in attendance per game.

The real problem for fans seems to be the product on the ice. And until the play improves, Scott says he knows the organization needs to look for different routes in order to get fans back in the arena.

“We have to continue to communicate with our fans,” Scott said. “Valerie Camillo runs the business side there. And we’re trying to do everything and more. Another area we’re investing in. But, you know, my job, again, is to provide Chuck and Valerie with resources. And I’m — that’s what I’m doing.”

The on-ice frustration aside, Scott said he’s confident the way the Flyers are building and running things, in the post-Ed Snider era, is the right way.

“I think if you ask anybody in hockey ops, they would say nothing’s changed,” Scott said. “Talk to the old timers, people that are still with the organization. I think if you’re on the outside looking in, maybe you’re hearing some things and seeing it differently. But with that said, you can always make it better.”