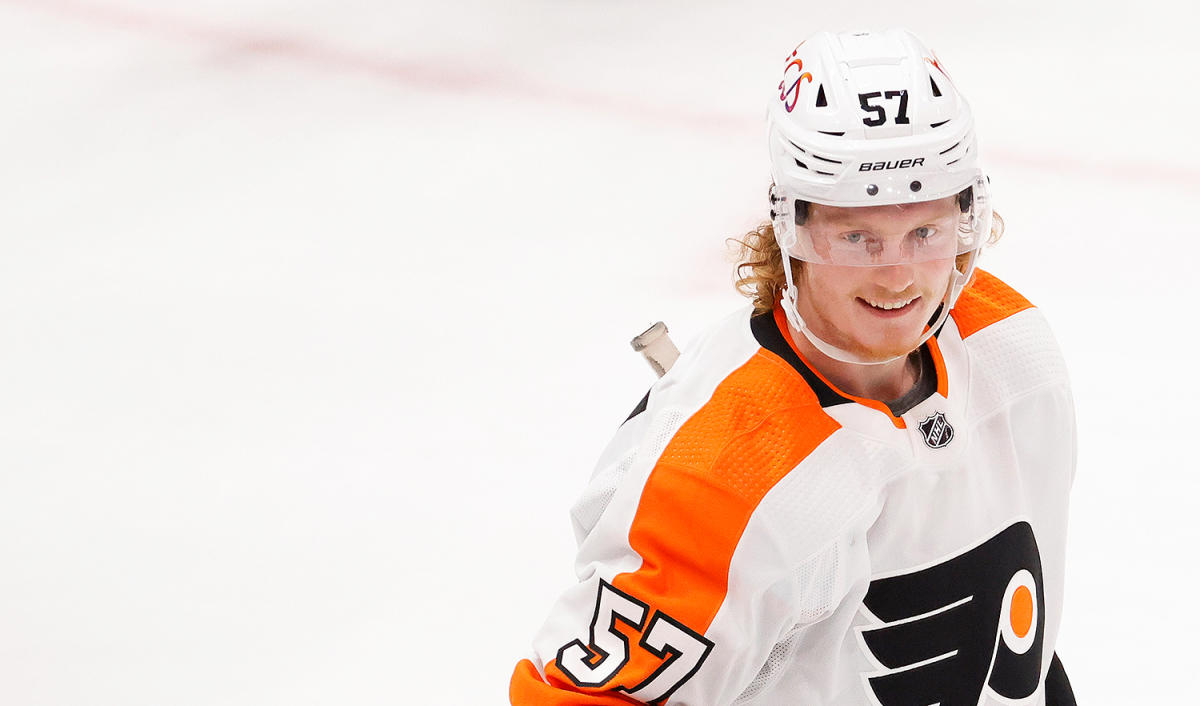 Wade Allison will hope his new deal brings him a new start on the health front.

Allison will be a restricted free agent again and arbitration eligible when his new deal expires.

Because of injuries, the 2016 second-round draft pick hasn’t had a real shot at the Flyers in the club’s past two training camps.

He suffered a high ankle sprain four days before last season’s camp during a rookie game. The season prior, he had his camp cut short by an ankle injury that required surgery.

After a promising 14-game audition at the end of the 2020-21 campaign, Allison appeared in only one game with the Flyers last season. He suffered an MCL sprain during that game in January.

Allison, who turns 25 in October, plays with an all-out style and a big shot. When healthy, he has shown he can play various roles. He has some top-six scoring upside and runs on a bottom-six engine.

The 2022-23 season could be a telling one for players like Allison, Morgan Frost and Tanner Laczynski. They’re younger players no longer on entry-level deals and trying to find their standing at the NHL level with the organization that drafted them.

“I think we were pretty aware, even going back to last summer, that this coming year we’re going to need some of these young players to play,” Flyers general manager Chuck Fletcher said May 3 at his end-of-the-season press conference. “You look at guys like Allison and Laczynski need waivers, these are guys that are 24, 25 years old. It’s sort of now or never for some of these players.

“I think what [the end of last season] showed me is that we’re going to have some options and have some depth, which is good because if somebody does get hurt or somebody has a tough camp, then hopefully we have other players that are able to take advantage of that opportunity.”

Allison will be waivers exempt to open this season. He’ll have a chance to open the eyes of the Flyers’ new coaching staff in September.

Is Russell Westbrook's future with Lakers in jeopardy?

Kyrie Irving on NBA career: “My dad said to have backup plans”