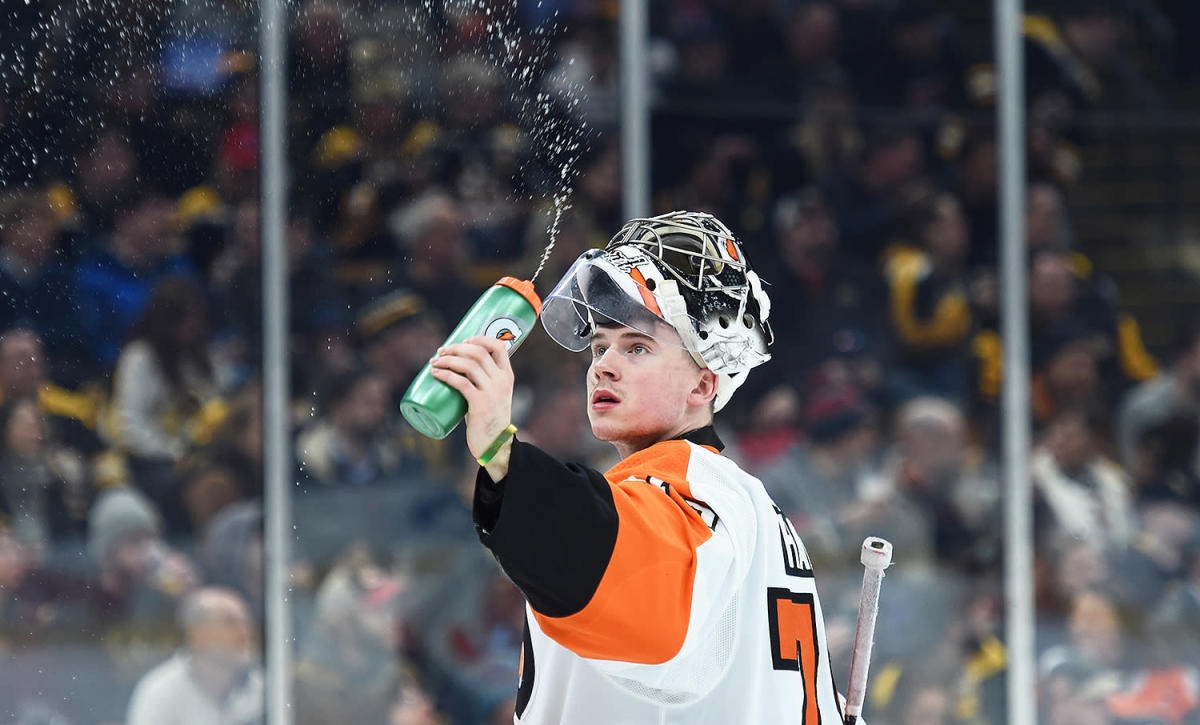 Following three straight days of practice and recuperation, the Flyers are back at it in Boston.

Let’s get into the essentials for the game:

• The last time Carter Hart was between the pipes in Boston, he uncharacteristically shattered his stick in anger following the Flyers’ 6-1 loss on Jan. 23 of last season.

“A lot of guys were frustrated, I was frustrated also,” Claude Giroux said a few days after Hart’s whacks. “I almost joined him in smashing my stick, too.”

The outward emotion from the considerably calm kid turned out to be a sign of things to come for the Flyers. The team ended up having a playoff-less season and Hart struggled mightily for the first time in his NHL career.

Hart has looked much more like himself again this season. He has put up 11 performances of 30 or more saves after doing so only eight times last season. Four of those efforts this season have come in impressive wins over the Hurricanes, Golden Knights, Flames and Oilers, with three of those on the road.

If there are any TD Garden demons for the 23-year-old netminder, he has a great opportunity to bury them tonight. The Flyers will need him at his best against a Boston team that is finding its swagger. The Bruins are 6-1-0 since the holiday break, a stretch in which they’ve outscored the opposition 33-16.

• The Flyers will have Giroux, Ivan Provorov, Travis Konecny and Travis Sanheim all back in the lineup after their stints on the NHL’s COVID protocol list. Rasmus Ristolainen is the only Flyer now in protocol.

Mike Yeo’s club is 0-3-2 in its last five games, a stretch marred by illness and injuries.

“We haven’t had this opportunity to have quality practice time like this,” the Flyers’ interim head coach said Wednesday. “I feel like we’re well-prepared. Obviously that’s still a real good challenge, going in and playing against that team. They’ve been on top of their game. When you look at the quality of players that they have, the type of game that they play, it’s always a real challenge.

“But I feel really good about a lot of the things that we touched on this week. To have the opportunity to get those reps. It’s one thing to get into games and try to build habits in games, but say it’s an individual player on a neutral-zone forecheck or a rush-against sort out, he might see one of those scenarios in a game. Where you have practice like this week where you can get that player multiple, multiple reps, you have a better chance of building habits.”

With Rask back in mix, what is next for Bruins?