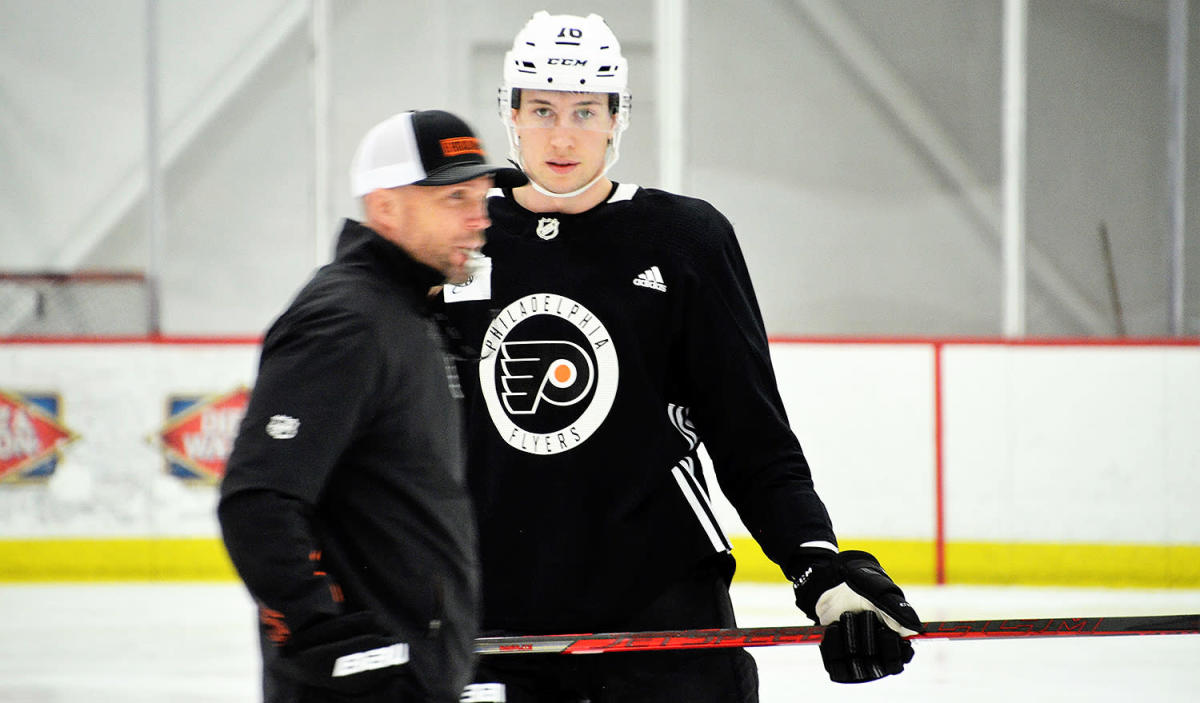 With three days between games, the Flyers are hoping that provided a reset after their franchise-record 13th straight loss.

Let’s get into the essentials for the game:

The club was off Wednesday when general manager Chuck Fletcher and Comcast Spectacor chairman and CEO Dave Scott held their midseason address. The Flyers then had two days of solid and active practices.

Starting with the Kings, the Flyers play 11 of their next 13 games at home. If they’re going to make things interesting at all in the standings, now would be the time for them to desperately find a win and try to ignite a run.

“Just a reminder that the game is an afternoon game tomorrow and let’s make sure that we’re ready to start that game on time,” Yeo said. “Obviously the game against Buffalo, we weren’t.”

One of the Flyers’ worst games during this spiral came last Saturday in Buffalo, New York. It was a 1 p.m. ET puck drop and the Flyers lost badly to the Sabres, 6-3.

“So that’s the message: make sure you’re ready to start on time.”

• Isaac Ratcliffe, a 6-foot-6 forward, will make his NHL debut on the Flyers’ fourth line.

The 22-year-old was selected by the Flyers in the second round of the 2017 draft. Ratcliffe put up 50 goals in his final junior hockey season with the OHL’s Guelph Storm during 2018-19.

The big winger had a hellish 2020-21 season from a health standpoint. Ahead of January training camp, Ratcliffe suffered a rib injury that led to a collapsed lung and a couple of surgeries. He played in 22 of AHL affiliate Lehigh Valley’s 32 games, finishing the season with an ankle injury.

This season, Ratcliffe has recorded four goals and six assists in 31 games for the Phantoms. He’s hoping to give the Flyers life in any way he can.

“I think, for myself personally, it’s a good time for me to come in,” Ratcliffe said. “Hopefully I can come in and bring a little spark or do something out there to try to change the tides a little bit. Whether that’d be bring a big, physical game, an offensive game, just try to bring some energy in whatever way possible and create a spark. I feel like that’s going to be my role tomorrow and I’m excited to do that.

“Hopefully that can spark some energy for some of the older guys to play a little bit more offensively, too, and make sure that the puck stays down at the other end.”

Isaac Ratcliffe, who is making his NHL debut Saturday in Philly, has three brothers and a sister.

His parents Al and Elaine will be at the game with his two brothers Landon and Keaton.

Sens and Oilers the plays over next 3 weeks