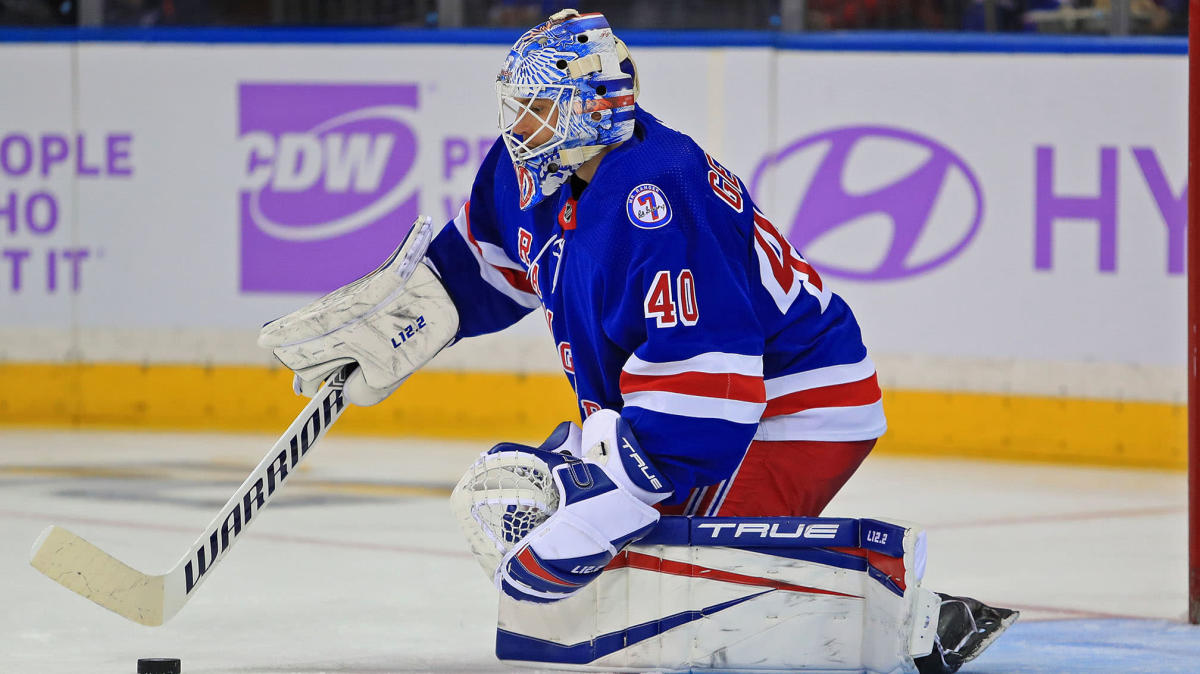 It was a very busy trade day in the NHL with the Monday 3:00 PM ET deadline looming.

The Maple Leafs were very busy as they picked up Mark Giordano and Colin Blackwell from the Seattle Kraken in exchange for two second round picks (2022 and 2023) as well as a third-rounder (2024). They then sent defenseman Travis Dermott to Vancouver in exchange for a 2022 third-round selection.

The Canucks dealt Travis Hamonic to the Ottawa Senators for a 2022 third-round pick.

The busy afternoon continued for Toronto as they placed Petr Mrazek and Kyle Clifford on waivers, presumably to give them cap room space in order to acquire Giordano and Blackwood.

Giordano returns to his hometown of Toronto where he will be a top-four defenseman. He is no longer the top defenseman he was even a couple of years ago but the 38-year-old will provide enough solid minutes to perhaps make a difference in winning or losing the first round.

I really like the pickup of Blackwell, a fourth line center who will give Toronto some extra grit. I thought he played so well for the Rangers last season and he took that to Seattle in the expansion draft and now will do the same for the Maple Leafs.

The Senators made another deal late as they traded Nick Paul to Tampa Bay for Mathieu Joseph and a fourth-round pick in 2024 with Ottawa retaining 44.5 percent of Paul’s salary the remainder of the season.

There were six games in the NHL Sunday.

Don’t forget, for everything NHL, check out NBCSportsEdge Player News, and

Kevin Hayes scored twice in the second period to lead the Philadelphia Flyers to a 2-1 win over the New York Islanders. The visiting Islanders had a six-game unbeaten streak heading into the contest as they were 5-0-1.

It was the Flyers debut for Owen Tippett who was the major player returned in Saturday’s deal with Florida for Claude Giroux. Tippett had a couple of shots on goal in 14:38 of action as he played alongside Morgan Frost and Oskar Lindblom.

Casey Cizikas got things started in the opening period as he knocked down a clearing pass at the point and his blast deflected off Patrick Brown and past Carter Hart into the net.

Hayes scored his first of two and sixth of the season at the 4:22 mark of the second when Joel Farabee poked the puck to Travis Konecny who found a wide-open Hayes to the side of the net and his one-timer just got past Ilya Sorokin to even the score at 1.

Hayes made it 2-1 10:33 later on the power play as he teamed up again with linemates Farabee and Konecny. Farabee took the puck and one-handed it to Hayes who whipped it past Sorokin for the winner.

Sorokin was outstanding in the Islanders cage as he stopped 35 shots but took the loss to go to 21-13-7. He saw his four-game winning streak come to an end. Sorokin has a 2.29 GAA and a .927 save percentage.

Ovechkin scored his 40th of the season, the 12th time he has done so in his NHL career and with the goal, tied Wayne Gretzky for the most 40-goal seasons in NHL history. It was also his fourth 40-goal season since turning 20, equaling the mark held by Phil Esposito.

The Stars jumped out to a 2-0 lead in the first period as Alexander Radulov scored only his fourth of the season while Hintz on the power play made it 2-0 after one period.

Dmitry Orlov completed the scoring in the third period with his 10th of the year.

Evgeny Kuznetsov had an assist to give him a nine-game points streak.

John Carlson was injured late in the contest as he and Jamie Benn collided into the boards. There was no update after the game from Washington coach Peter Laviolette.

It was Alexandar Georgiev night in Carolina but the Hurricanes didn’t know it beforehand as the Bulgarian netminder stopped all 44 shots in a 2-0 victory for the New York Rangers.

Games like this have been few and far between this season for Georgiev who has been rumored to be heading elsewhere as the Rangers need a more consistent backup for star Igor Shesterkin.

The Rangers got goals from Chris Kreider in the second with his 41st of the season and the recently acquired Frank Vatrano who scored his 11th of the season in the third period, into the empty net.

Frederik Andersen made 16 saves in taking the loss as only Kreider’s goal beat him. Andersen is 30-10-2 as he lost his second straight, with a 2.06 GAA and a .928 save percentage.

The Hurricanes still have a three-point lead in the Metropolitan over Pittsburgh and the Rangers despite going 0-3-1 in their last four games.

The Sharks scored three times late in the third to fight back and defeat the Arizona Coyotes 4-2.

Trailing 2-1 with less than five minutes to go, Timo Meier evened the score at 2 with 4:29 remaining and Noah Gregor scored 44 seconds later with the eventual game winner while Rudolfs Balcers scored into the empty net with 50 seconds remaining to clinch the win.

The Sharks got off to a very quick lead as Nick Bonino scored only 20 seconds into the contest.

Phil Kessel tied the game in the second with the only goal of the period. It was only his seventh of the season.

Lawson Crouse, who set up Kessel in the second, scored his 20th of the season with 4:51 remaining in the third for the short-lived lead as Meier scored 22 seconds later.

In the highest scoring game of the night, Jansen Harkins scored twice and Kyle Connor scored once and added three assists to lead the Winnipeg Jets to a 6-4 victory over the Chicago Blackhawks.

Connor is having a terrific season with 39 goals and 77 points this season in 63 games and with Sunday’s four-point game, he moved into sixth place in NHL scoring, one ahead of Kirill Kaprizov and Alex Ovechkin. He has a seven-game points streak with six goals and 15 points.

Nikolaj Ehlers scored his 18th of the season, the only goal of the first period.

The Blackhawks took a quick 2-1 lead in the second as Jonathan Toews scored his eighth of the season at the 1:13 mark then Dylan Strome scored 23 seconds later to give Chicago the lead.

The wild second period continued as Winnipeg scored four in a row, starting with Harkins first of the game just 39 seconds after Strome’s goal.

Harkins made it 3-2 at 11:13 and Connor on the power play and Josh Morrissey two minutes later made it 5-2 after two.

Taylor Raddysh, who just came over from Tampa Bay in the Brandon Hagel deal Friday scored on the power play and Philipp Kurashev with his fifth, got the Blackhawks to within one before Blake Wheeler scored into the empty net for his 10th of the season.

Connor Hellebuyck made 32 saves for the win. He is 22-22-9 with a 3.01 GAA and a .908 save percentage. It has been a most disappointing season for Hellebuyck who was thought to be a top-three fantasy goalkeeper heading into the season.

Andrew Copp has three assists while Mark Scheifele had two for Winnipeg. Patrick Kane had two for the Blackhawks.

Wheeler had six shots on goal.

Rasmus Dahlin scored his ninth of the season 48 seconds into overtime to give the Buffalo Sabres a 3-2 overtime win over the hometown Vancouver Canucks.

The Sabres scored the only goal of the first when Casey Mittelstadt scored his third of the season at the 1:50 mark, snapping a six-game pointless streak.

The Canucks tied it up in the second when J.T. Miller scored his 25th of the season. Miller is having a phenomenal season with 75 points as he later assisted on Bo Horvat’s power play goal. In between, the Sabres got back on the board when Jeff Skinner potted his 24th of the season with assists going to Mittelstadt and Dahlin.

Rasmus Dahlin with a Goal vs. Vancouver Canucks

a Spectacular Goal from Vancouver Canucks vs. Buffalo Sabres