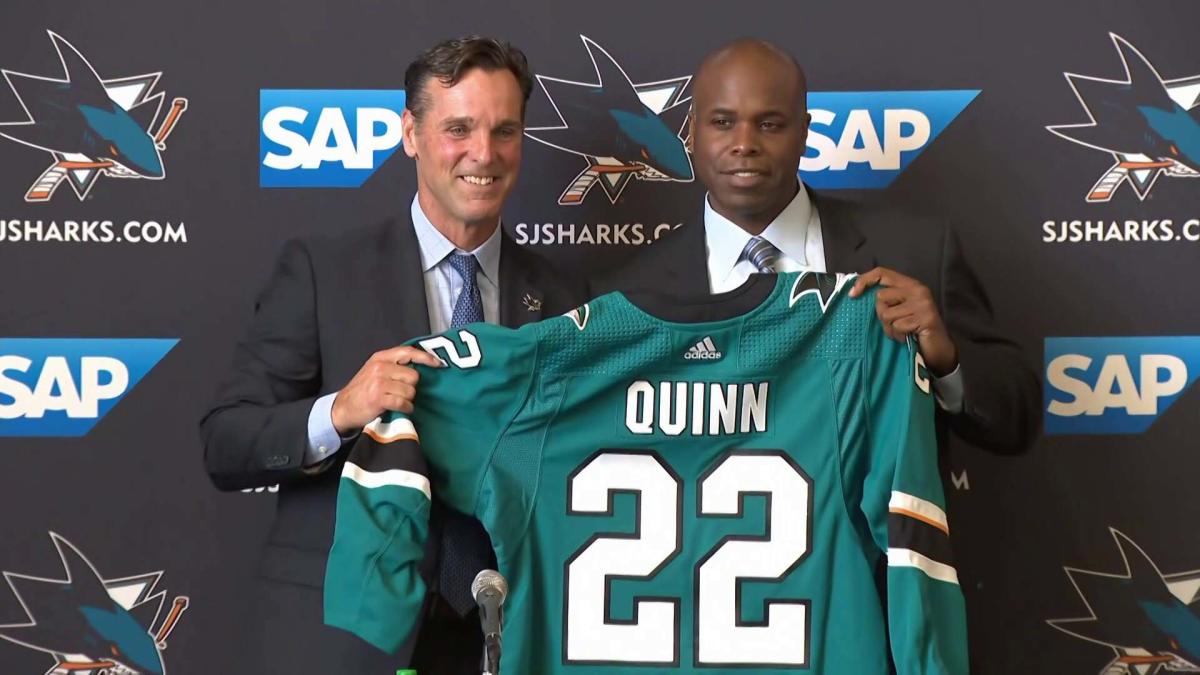 New Sharks coach David Quinn hopes to bring a winning culture back to the ice in San Jose.

In a recent interview with NHL.com’s Amalie Benjamin, the pair shared their thoughts on the upcoming 2022-23 season that will feature plenty of changes to the organization.

Quinn, who previously coached the New York Rangers for three seasons from 2018-21, expressed excitement about his second chance at coaching thanks to the Sharks. Grier detailed exactly how he’ll gauge the new bench boss’ performance in the months to come — which surprisingly has little to do with the team’s record.

If the Sharks can do all of those things right, results should follow. It has been three straight seasons without an NHL playoff appearance for San Jose, and the climb to make it back there will be steep.

They’ll be without star defenseman Brent Burns this season, who was traded to the Carolina Hurricanes in July, and on offense, the team will need to improve mightily upon their near-league worst goals per game average last season (2.57, or 30th in the NHL).

But Quinn is ready to tackle the task head on.

“I feel like I’m ready for this next challenge,” Quinn told Benjamin. “I’m excited about this next challenge. I’m 56 years old. I don’t feel it. I’m as excited today as I was when I took my first job at Northeastern 30 years ago at 26.”

Quinn hit the ground running after he was hired on July 26, bringing in new coaches and making it a point to visit Sharks players Logan Couture, Erik Karlsson and Marc-Édouard Vlasic in person, Benjamin noted.

It’s evident the new coach is looking to get a head start on creating that culture Grier spoke of, and the team will have plenty of time to bond with Quinn as they travel overseas for an exhibition in Berlin and two regular-season games in Prague on Oct. 7 and 8 as part of the 2022 NHL Global Series.

“We’ll either love each other or hate each other,” Quinn told Benjamin.