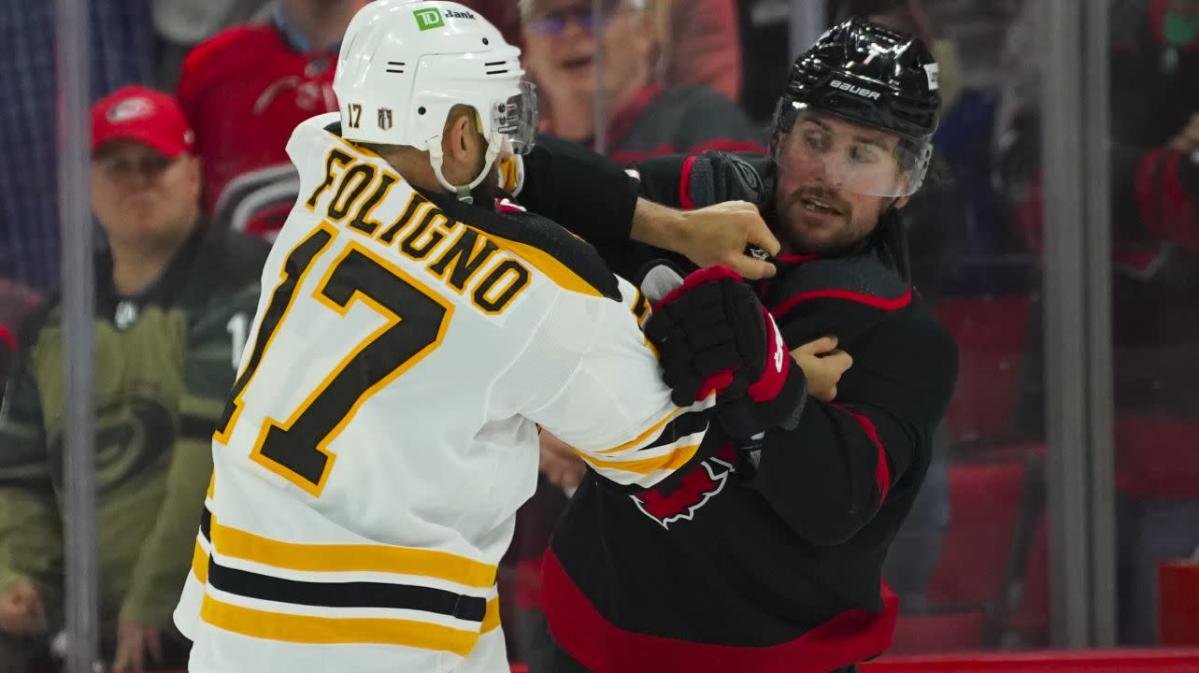 Nothing has gone right for the Boston Bruins in their first-round playoff series against the Carolina Hurricanes.

But there is one positive.

The next two games, and three of the next four (if necessary), will be played on home ice at TD Garden.

The Bruins went 26-13-2 in front of their fans this season, and the atmosphere for Friday night’s Game 3 promises to be electric. Boston is facing an 0-2 deficit after losing both of the first two games in Carolina by a combined score of 10-3. The B’s also lost their second-best defenseman, Hampus Lindholm, to an upper body injury in Game 2. He won’t play Friday night.

Bruins head coach Bruce Cassidy is making several lineup changes for Game 3. Chris Wagner, who played with the AHL’s Providence Bruins all year before getting called up to Boston for the regular season finale, will enter the lineup for Trent Frederic. Frederic struggled in the first two games with zero points and some undisciplined play, including a bad interference penalty on Wednesday night.

Veteran defenseman Mike Reilly replaces Lindholm on the left side of the blue line. Reilly will pair with Charlie McAvoy to begin the game. Tomas Nosek, who often plays center on the fourth line, will move up to third-line left wing. David Pastrnak, who is scoreless in the series, will be reunited on the top line with Brad Marchand and Patrice Bergeron. This move means Jake DeBrusk drops down to second-line right wing.

Will these changes pay off for the Bruins, or will the ‘Canes take a commanding 3-0 series lead? Here’s everything you need to know to watch Bruins vs. Hurricanes Game 3.

What time do the Bruins play the Hurricanes?

Puck drop is set for 7 p.m. ET at TD Garden in Boston.

What TV channel is Bruins vs. Hurricanes on?

Bruins-Hurricanes will air on TNT.

How to stream Bruins vs. Hurricanes live online

Was 2021-22 just a hiccup for Islanders, or did their window close?