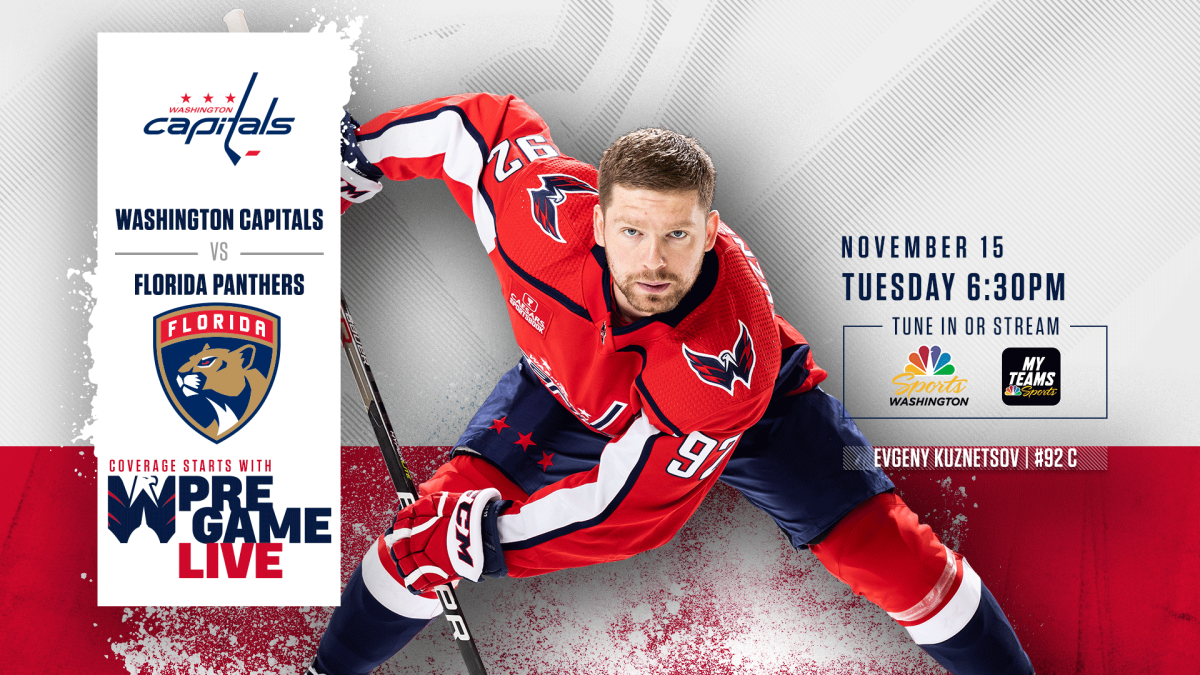 How to watch Capitals vs. Panthers originally appeared on NBC Sports Washington

The Capitals will make a stop in Sunrise, Florida, on Tuesday for a date with the Florida Panthers, facing last year’s President’s Trophy winners for the first time since they lost to them in the first round of the Stanley Cup Playoffs.

Florida overcame a 2-1 series deficit to beat the Capitals in six games before falling to the eventual Eastern Conference-winning Tampa Bay Lightning in the second round. With new head coach Paul Maurice now at the helm, the Panthers have gotten off to a strong 8-6-1 start.

Here’s everything you need to know before puck drop.

CAPITALS VS. PANTHERS HOW TO WATCH

What: Washington Capitals vs. Florida Panthers

Live Stream: You can stream Capitals vs. Panthers on NBC Sports Washington’s live stream page and on the MyTeams app.

CAPITALS VS. PANTHERS WHAT TO WATCH

“The Capitals entered this season with high expectations for their goaltending after signing both Darcy Kuemper and Charlie Lindgren to multi-year deals in free agency. One month into the campaign, both have stood out as impact players between the pipes.” Read more.

“Washington appeared to be breaking out of its scoring slump this week with a pair of five-goal outings against the Lightning and Edmonton Oilers. However, the Capitals were unable to carry that over into Sunday’s game as the managed little offense until the game was already well in hand.” Read more.

CAPITALS VS. PANTHERS PLAYERS TO WATCH

Capitals: Alex Ovechkin, LW (17 games, 8 goals, 6 assists): The Capitals have struggled to produce offensively from game to game but Ovechkin has remained a constant, leading the team in goals and points.

Panthers: Matthew Tkachuk, LW (13 games, 5 goals, 12 assists): One of their big acquisitions this offseason, Tkachuk has fit right in with his new team. He’s on pace to flirt with a second-straight 100-point season.