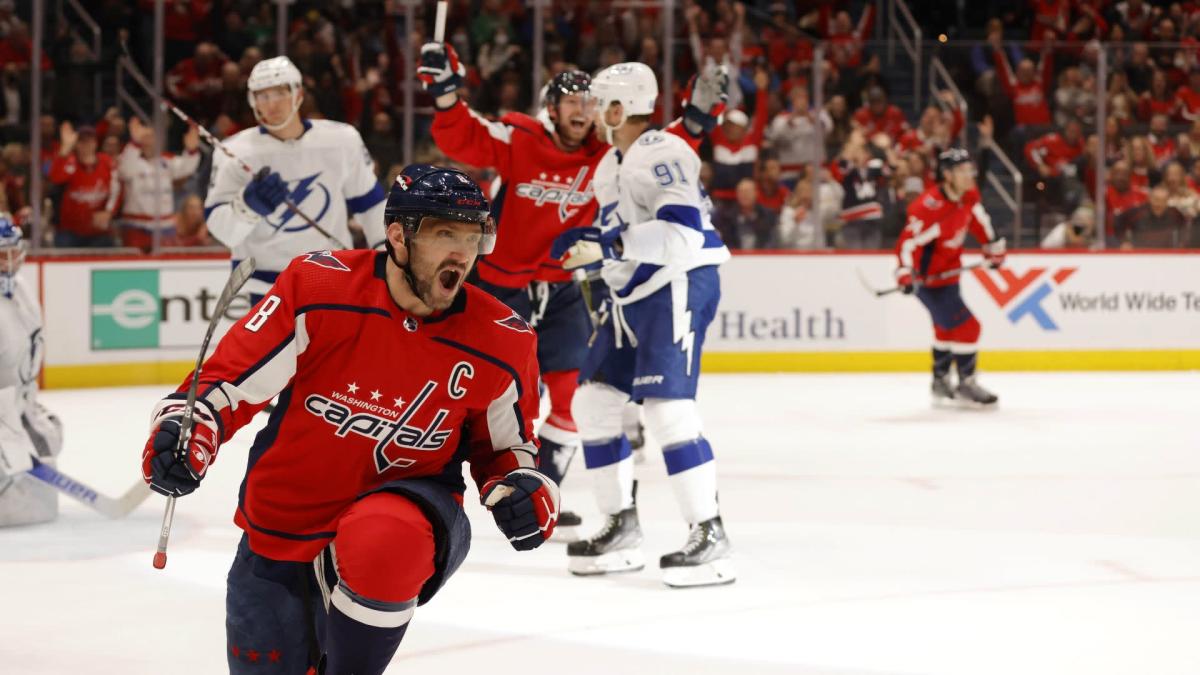 How to watch Capitals vs. Penguins originally appeared on NBC Sports Washington

After losing two straight games in blowout fashion, the Washington Capitals got back on track in a big way on Wednesday night with an electric 4-3 win over the Tampa Bay Lightning at home. Now comes the game that everyone circles on their calendars: a date with the Pittsburgh Penguins.

Washington sits six points behind Pittsburgh in the Metropolitan division, and with just 12 games remaining on the season schedule, snagging two points in the Steel City could be crucial for the playoff push. One of the NHL’s fiercest rivalries reignites on national television via a Saturday matinee.

Here’s everything you need to know to watch Caps vs. Penguins:

CAPITALS VS. PENGUINS HOW TO WATCH

What: Washington Capitals vs. Pittsburgh Penguins

TV Channel: Capitals vs. Penguins will be broadcast on ABC and ESPN+

Live Stream: You can live stream Capitals vs. Penguins via ESPN+ and the ABC live stream site.

CAPITALS VS. PENGUINS WHAT TO WATCH

In the win over the defending champions, Samsonov made 25 saves on 28 Tampa Bay shots. But there were a few, notably a big stick save in the first period, that Washington needed throughout the night… Read more

In terms of the standings, every game in the regular season matters the same. A win is worth two points. But there are some games that matter more than others and Wednesday’s 4-3 victory over the Tampa Bay Lightning felt like an important victory for the Capitals… Read more

CAPITALS VS. PENGUINS PLAYERS TO WATCH

John Carlson, D, Capitals (13 goals, 46 assists in 66 games): Carlson was simply on fire in Wednesday’s win over Tampa, tallying a miraculous two goals and two assists. Washington statistically is much tougher to beat when their defenders score, so ideally Carlson will keep his game rolling on Saturday.

These teams not living up to the hype